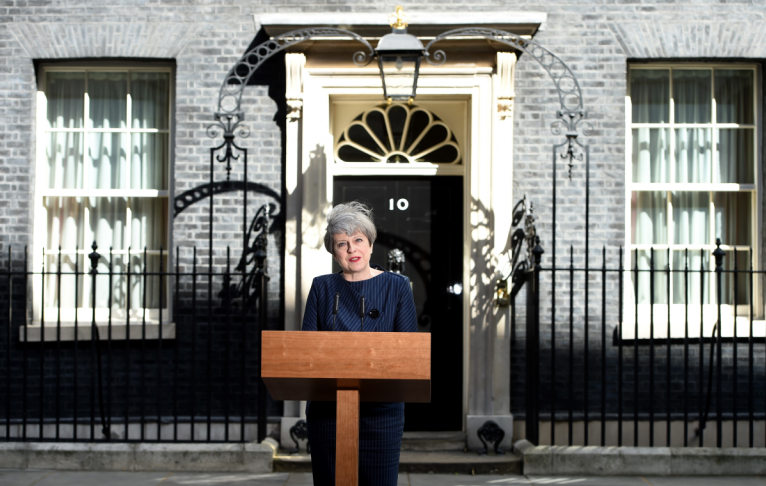 Ewan Munro is a Doctoral Researcher in Politics, and is on the Board of The University of Manchester’s Jean Monnet Centre of Excellence (JMCE). Here, he sets out why he believes the long-standing tradition of British democracy is being put at risk by the current Government.

On Tuesday, our Prime Minister called a press conference in Downing Street and announced a surprise General Election. As her statement indicated, this will in essence be a vote on one issue - Brexit.

The PM has asserted that the Government has “delivered on the mandate that we were handed by the referendum result. Britain is leaving the European Union and there can be no turning back.” This election is, she claims, to pull the rug from underneath those who are “treating politics as a game” - her definition of those who oppose a ‘hard Brexit’. These include a range of democratically-elected parties, representing citizens from all of the UK’s constituent nations, and the House of Lords.

If we are to accept the Prime Minster's post-Brexit narrative - “the country is coming together, but Westminster is not” - our democratic intuitions and representatives are going against the ‘will of the people’. This assumes great strength within elements of both our media and political class, and if permitted to continue unchecked, will serve to undermine Britain’s long-standing democratic heritage.

Democracy is far more than the ability to walk into a ballot booth, and we are in danger of losing this if government and media alike don’t use more responsible language. The evident post-Brexit division will not be a temporary phenomenon, but rather the start of very destructive trend in British politics.

While 17.4 Million Brits voted to leave the EU, constant reference to the ‘will of the people’ undermines the legitimacy and democratic inclusion of an even greater number of citizens that did not support Brexit. Her equally dismissive assertion that “If you believe you’re a citizen of the world, you’re a citizen of nowhere” attacks the legitimacy and identity of those consider themselves more than simply British, and by extension undermines their right to oppose.

The immediate aftermath of the referendum saw a proliferation of such attacks in the mainstream media. The Express spoke of the need to “silence EU exit whingers”, while the Daily Mail blasted “unpatriotic Bremoaners and their plot to subvert the will of the British people”.

Such assaults have only served to entrench a discourse that opposition to Brexit is both a betrayal of ‘the people’ and of democracy – and yet neither is true. It is illuminating to highlight the fact that 51.9% voting to leave the EU apparently reflects the ‘will of the people’, whereas the media described 51.5% of Turks voting to extend President Erdogan’s powers as the ‘slimmest of margins’.

By its very nature, democracy must seek to serve all citizens, and to do so is impossible without free and open debate. May - with the support of Labour leader Jeremy Corbyn - was able to ensure that no meaningful debate on Brexit will take place in Parliament, and Parliament voted against the ability to perform its own democratic duties. In a parliamentary democracy, this is comparable to a football team voting in favour of the elective amputation of its feet.

However, its seems increasingly clear that opposition is dangerous, and as the Brexit narrative assumes increasing control of British politics, those who continue to advocate inclusive democracy are subject to vitriol, abuse and ridicule.

The Supreme Court judges who ruled in favour of Gina Miller were on the front page of the Daily Mail alongside the caption “enemies of the people”, and Mrs Miller has been the subject of an ominous and ongoing campaign in the media, resulting in death threats.

A day after May's announcement, one of the tabloids responsible for the vitriolic treatment of Miller took the ominously inevitable next step in the PM's narrative - the Daily Mail called on May to “crush the saboteurs”. Such an environment can never be conducive to genuine democracy, and goes against a long-held tradition that underwrites the British form of it. 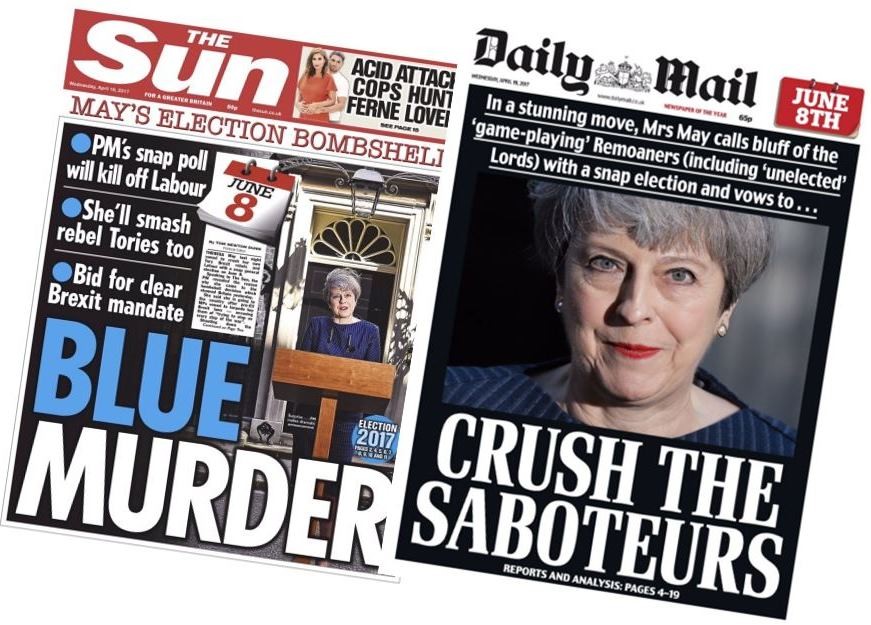 May has, with her statement from Downing Street, served to present herself as the bulwark against the political gamesmanship of Westminster and wider opposition, defending ‘the will of the people’.

However, if this trend continues, as Labour MP Stephen Kinnock said in his BBC interview following the election announcement, the UK will move closer and closer towards an “elective dictatorship where there is no opposition, where the government isn’t held to account”, with the “cabal of Brextremists” dictating terms and the nation simply having to accept what we are given.

This is not what the referendum was called to achieve, nor is it the democracy for which Britain has long been known.