Brexit Q+A: what are indicative votes and how do they work?
Newsroom 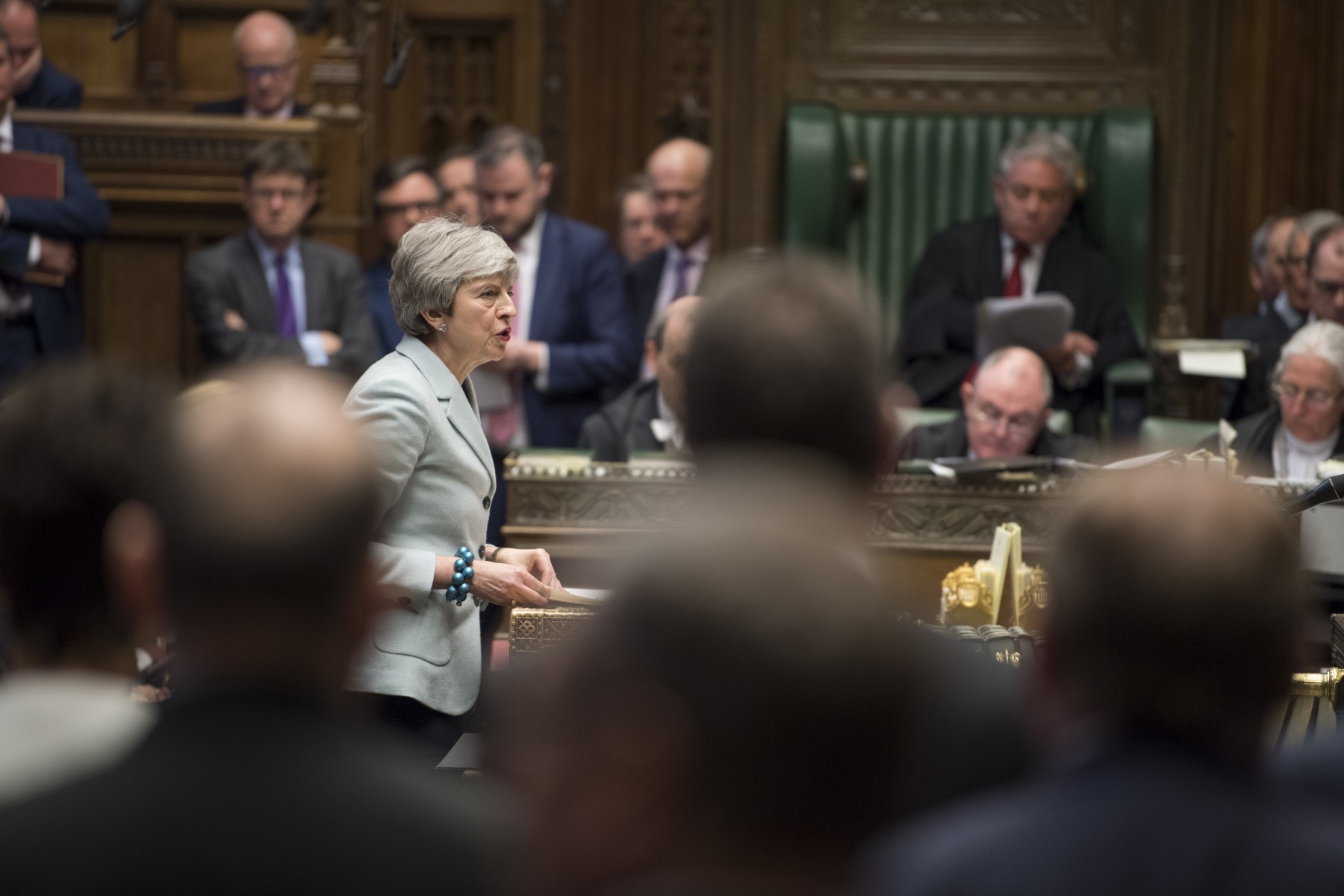 file-20190326-36279-ck93vh
epa07463257 A handout photo made available by by the UK Parliament shows British Prime Minister Theresa May making a statement on Brexit to the British House of Commons, in Westminster, central London, Britain, 25 March 2019. Reports state that Theresa May updated ministers on her Brexit strategy at a meeting of her cabinet earlier in the day which comes as the EU announced that its preparation for a no-deal scenario has been completed. Members of Parliament are expected to vote on a series of alternatives to the Prime Minister's Brexit deal. EPA-EFE/MARK DUFFY / UK PARLIAMENT / HANDOUT MANDATORY CREDIT: UK PARLIAMENT MARK DUFFY HANDOUT EDITORIAL USE ONLY/NO SALES

Brexit Q+A: what are indicative votes and how do they work?

The House of Commons has voted to hold a series of indicative votes on Brexit. But what does that mean and will it solve the problem?

What are indicative votes?

Indicative votes are votes in which MPs are able to give their opinion on an issue by testing a number of different options or alternatives. In the context of the continued problem of Brexit, it means a process by which MPs can vote on multiple Brexit options rather than just on the prime minister’s deal, as a way of resolving the current impasse.

This has been referred to as parliament “taking control” of Brexit. The hope is that MPs will be able to reach a consensus and a majority in favour of something, rather simply against the prime minister’s deal.

They’ve been suggested before on issues where there is intra-party division and no clear majority voice, most notably House of Lords reform in 2003. Here, options were put before MPs on a yes/no basis and, when every single option was defeated, the whole reform process stalled.

Why do we need indicative votes?

Backbench MPs from all parties have been calling for the Commons to set aside some time specifically to consider indicative votes for many weeks now. But time in the House of Commons is in the gift of the government, so it relied either on the government conceding some time for MPs to have votes and putting the various options down on the order paper, or for MPs voting to set aside an afternoon to try to make it happen. They’ve tried and failed to do this on previous occasions but have now succeeded in passing an amendment led by the Conservative Party’s Oliver Letwin and Labour’s Hilary Benn asking for time to be set aside on Wednesday March 27 for MPs to propose and vote on a series of motions setting out alternative Brexit options. The Speaker will have a big role to play in deciding what goes before the House.

There has already been much discussion about what the process should actually be for these indicative votes and whether voting in the usual way would solve anything. Usually MPs vote yes or no – walking through the aye or the no lobbies on either side of the chamber.

Another option mooted by MPs is a form of preferential voting, whereby they would rank the options in order according to their own personal preferences. This happens already when MPs vote for select committee chairs – and would bring a much greater possibility of a majority verdict. Hilary Benn told BBC News today that MPs would be presented with a list of options on a ballot paper on the Wednesday and would be asked to vote for all those they supported. They would then discuss the most popular options further the following Monday. This may include some form of preferential voting, but we still need to wait for the final details to be ironed out between MPs and the Speaker.

What are the Brexit options on the table?

If we look at what’s happened so far during debates on the prime minister’s deal, we could expect the options to include leaving the EU with a “softer” Brexit (a “Norway plus” arrangement, Canada style trade deal or customs union), a second referendum or perhaps revoking Article 50, particularly given the public petition on this issue which has attracted more than five million signatures. We will have to wait, though, to see what options have been put forward by MPs and which of these have been selected by the Speaker.

What kind of support is there for the various potential options?

The way in which parliament has debated Brexit so far makes it difficult to judge precisely how much support there is for the different options. From the votes that have been held so far, all we know is that MPs definitely do not want the prime minister’s current deal, and that they do not want to leave with “No Deal” either. But what we do know is that all of the possible options have at least some level of cross party support.

What will the government do with the result of the votes?

The decision to move to indicative votes will be interpreted by some as a sign of parliament taking control of Brexit. The success, or not, of the indicative votes process, though, will depend firstly on whether it produces an overall majority in favour of something. Defeat for all options would leave us back where we started, while a majority for more than one outcome could confuse things even further. There is no precedent for what might happen if two options gained a majority because that has never happened before.

But it will also depend on how the government treats the results of the votes. As “indicative” votes only, the result is not binding on the government and so, while it would certainly add political pressure, the government could still ignore it. The prime minister herself has said that she will not give a “blank cheque” to the Commons on this.

Even if the government were to accept the result, it could still mean that further negotiations with the EU were needed. A softer Brexit, for instance, would require EU leaders to agree to the terms and their support is by no means guaranteed. So it’s a sign that parliament is trying to be in the driving seat, but it’s still not a guarantee of anything.