Why do people intentionally injure themselves?
Newsroom

Why do people intentionally injure themselves? 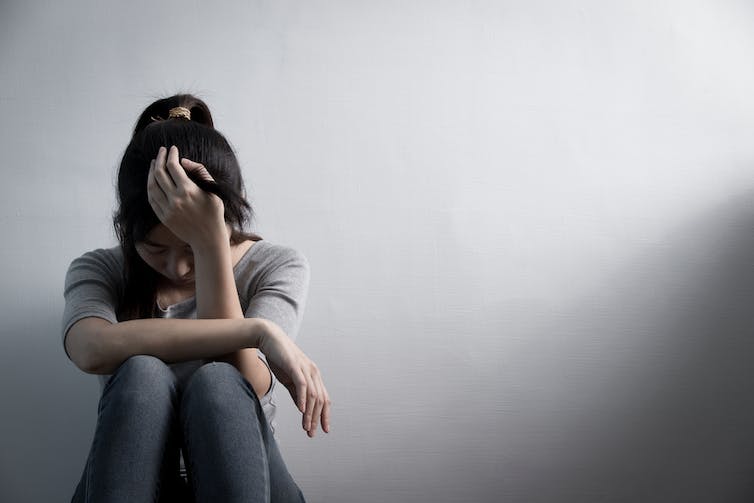 Those close to people who self-injure desperately want to know why they do it.

For the family and friends of people who self-injure, as well as the doctors and services that try to support them, a key question is often: why do they do it?

Non-suicidal self-injury refers to acts of self-harm where there is no intent to end one’s life. Self-harm is a broader term that can also include suicide attempts. Here we’re looking at non-suicidal self-injury, a complex phenomenon that appears to be driven by a number of different psychological mechanisms.

What reason do they give?

A useful starting point is often the reason people who are harming themselves give for their self-injury. This is because to them self-injury is generally serving a function. There is often a goal, a purpose or some desired end-state a person can share.

In a study we did on the issue, summarising the research so far, we found for many people (63-78%) self-injury is an attempt to cope with highly distressing feelings.

Many individuals who self-injure struggle to regulate their feelings. Emotion regulation refers to our ability to respond to and control our emotions. We regulate our emotions at various stages, from the way we attend to situations that arise, to the way we cope with an emotion once we have noticed it.

Increases in negative emotion (for example, shame and guilt) appear to trigger specific acts of self-injury. Research has also found the difficult feelings that precede the self-injury subside afterwards, at least temporarily.

How can self-injury regulate emotions?

The mechanisms that explain exactly why self-injury might have this effect on the way an individual feels are not so clear. The internal release of chemicals such as pain-relieving opioids following self-injury is often cited as a possible explanation for its effects on emotional distress, but research so far is inconclusive.

Other suggestions are that self-injury might help people distract themselves, or shift their awareness from emotional pain.

Self-injury in order to punish oneself (for example, in response to feeling you’re a bad person or have done something wrong) is another commonly reported function of this behaviour. Individuals who self-injure often have a more negative perception of themselves. So it may be that for some individuals, self-injury becomes a way of expressing or releasing these negative feelings towards themselves. 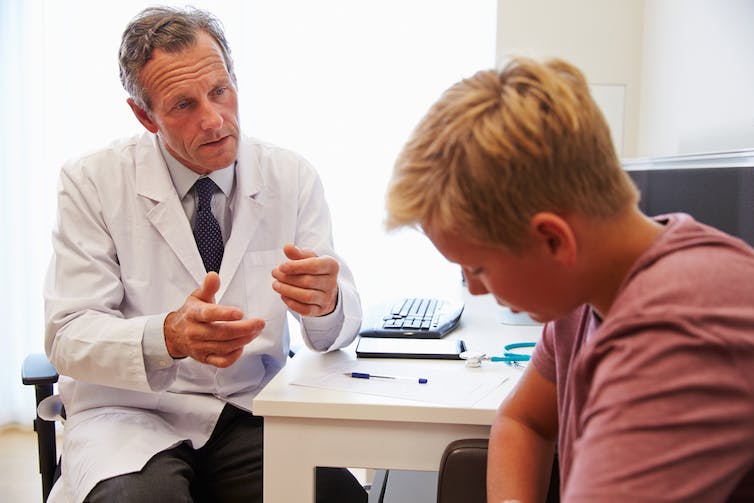 Research has found the difficult emotions that precede self-injury subside temporarily after it. from www.shutterstock.com

Research is ongoing around these possibilities, and it may be that no one explanation fits for every individual.

Why some struggle to regulate their emotions

So if self-injury is a means of regulating emotions, why can’t these individuals regulate their feelings in the same way other people do?

Challenging life experiences, including early abuse and trauma, can leave individuals with problems in regulating emotions and prevent them from forming effective ways of coping or getting support.

Other forms of social adversity may also be important. If we look at groups in society particularly at risk of self-injury, we see it’s often those groups that are most marginalised. Ethnic minorities, those belonging to the LGBTQ+ community, and even those belonging to alternative subculture groups, are all at greater risk.

Experiences of victimisation and marginalisation can have an impact on the way a person feels about themselves, and this in turn may leave them at risk of self-injury.

For some, these difficult earlier experiences prevented them from finding other ways of coping with difficult feelings. For example, for a person who experienced abuse or victimisation it can be understandably hard to trust others, and this may become a block to seeking social support.

There’s also evidence hearing about others’ experiences of self-injury (from friends and peers or through the media) may leave individuals more likely to injure themselves. Hearing of another’s experience could set up an expectation that the behaviour will be helpful.

Engaging in self-injury can also be a means of communicating distress. It seems likely social functions of self-injury such as this are still related to difficulties in coping with emotions. After all, our social relationships reflect a key way in which people typically respond to and cope with adversity. The social side of self-injury has been under explored, but is increasingly being studied.