Why political correctness is suffocating the civil rights movement

Why political correctness is suffocating the civil rights movement 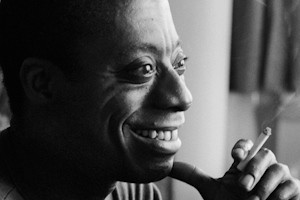 Political correctness is a hindrance to the civil rights movement according to a leading expert on James Baldwin – the American novelist and activist on racial, sexual, and class distinctions in Western societies.

As we approach the end of what would have been Baldwin’s 90th year, Dr Douglas Field from The University of Manchester says the writer’s legacy, aside from his political relevance, is about having the courage to live a true life, regardless of the consequences.

Dr Field, who has a new book out in August on Baldwin, explores the under-researched areas of his life and work as well as his relationship to the Left, his FBI files and the significance of Africa in his writing-while also contributing to wider discussions about post-war US culture.

He said: “This is a book I knew I had to write. Baldwin took hold of me over 20 years ago and I’ve been grappling with his life and work ever since.”

James Baldwin was a child preacher who railed against the hypocrisy of the church and was one of the first African American writers to write openly about homosexuality.

“What’s interesting about Baldwin,” continued Dr Field, “is that although he was open about his sexuality, he vigorously questioned the categories ‘straight’ and ‘homosexual.’

“As I researched and wrote the book, I want to explore Baldwin’s complexity and to take heed of how his writing repeatedly calls into question what he called our ‘passion for categorisation, life neatly fitted into pegs.’

“Rather than trying to view Baldwin as either religious or secular, American or expatriate, or privileging him as an African American or queer writer, I set out to explore how his work dismantles those very categories, looking at how his novels, essays and plays capture, examine and celebrate the messiness of life.”

Dr Field believes that Baldwin’s work has become more relevant since his death in 1987 and the themes that Baldwin tackles such as love, spirituality, loneliness, and travel are key 21st century themes which resonate today.

Dr Douglas Field is available for interview via the Media Relations Team and high resolution images of James Baldwin are available upon request.

Dr Field’s book ‘All Those Strangers: The Art and Lives of James Baldwinis’ published by Oxford University Press is out in August.