The Creative Manchester Poetry Competition themed around ‘space’ has come to an end and three winners have been announced. 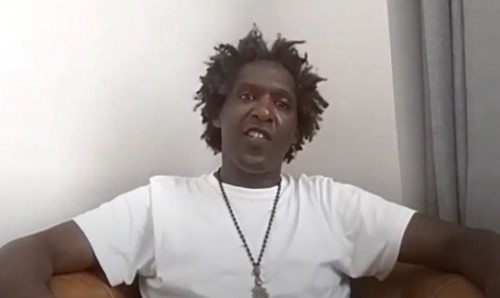 This year’s poetry competition took place from 21 March 2021 to 21 June 2021 and was presented by Creative Manchester in collaboration with the Geological Society of London and the Centre for New Writing. Entrants were asked to respond to the theme of ‘Space’, in no more than 280 characters.

Participants were given worlds upon worlds of topics to explore. From extra-terrestrial life, to the loneliness of the Mars rovers, to the experience of rain made of diamonds on Uranus and Neptune, the possible subjects were boundless.

The competition was made all the more exciting by its generous prizes. As well as the first prize winning £500 and the two runner ups £250 each, the three winners also received ten pairs of tickets for Literature Live and will be invited to an Awards event in September 2021, alongside published poets, to read their poems.

By 21 June 2021, over 200 micropoems were received and passed to a judging panel comprised of three esteemed poets: University Chancellor Lemn Sissay MBE, the Centre for New Writing’s Professor of Poetry, John McAuliffe, Ledbury Critic, Maryam Hessavi and Michael McKimm, Poet and Librarian at the Geological Society of London.

The poems were scored against a set of criteria, with the judges looking for unique takes on the theme as well as excellent use of language, form, sound and imagery. Of the 300+ poems received, a great many were in the ‘excellent’ category, and the judges stressed the difficulty at arriving at a final decision when there were so many ‘fabulous’ and ‘clever’ poems to choose from.

The panel selected the following entrants as winners. Congratulations to:

Given the incredibly high standard this year, the panel also wanted to give a special mention to the following entrants, whose poems were highly commended during the judging process:

John McAuliffe, Professor of Poetry at The University of Manchester, reflects on the competition and the high standard of entries: “The variety of poems entered into the competition this year really impressed us, especially how in the very tight confines of a tweet, the poets found so many different ways to interpret the theme of ‘space’. Some read like condensed stories, others relished the language of space exploration, or developed clever puns, subtle descriptions and stunning imagery. The winning poem drew all four of us in and seemed to reveal more layers the longer we read and talked about it. We couldn’t think of anything we would change and it was clear how much thought and work had gone into it.”

Chancellor of the University, Lemn Sissay also gave his congratulations which can be viewed on YouTube.

We’d like to say a huge thanks to everyone who entered the competition, as well as a display of our appreciation to our judges. Congratulations once again to our winners.

All of these poems are being showcased on the Centre for New Writing’s website, for all to enjoy.