The third competition of its kind took place between March and May 2021, and promoted mutual understanding between the UK and China. 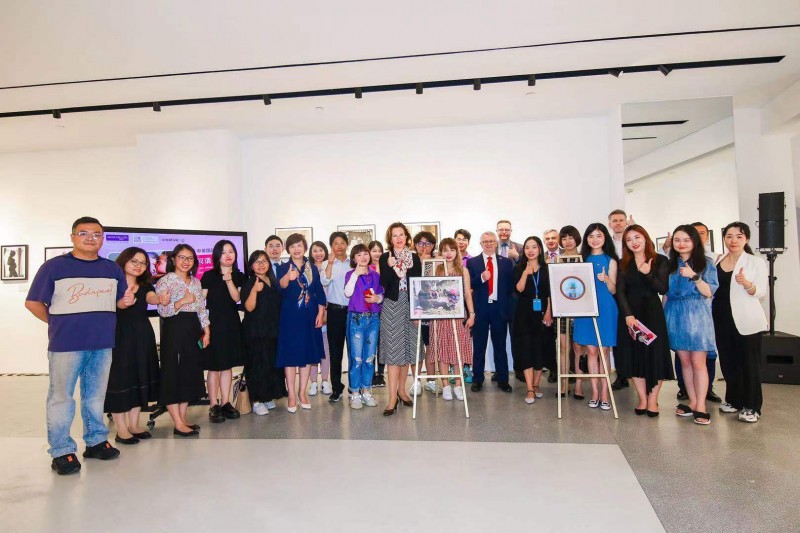 Manchester China Institute and Creative Manchester recently staged a China-based awards ceremony for this year’s International Photography Competition, which marked the 35th anniversary of Manchester’s twinning with Wuhan. Hundreds of caring-themed submissions were received from both countries, whittled down to a shortlist of 30 – including two overall winners – by an esteemed judging panel including Michael Wood (Historian, Broadcaster and Professor of Public History at The University of Manchester). The 30 shortlisted photographs are now being exhibited at the Wuhan Tiandi Horizon, China, where the awards ceremony took place on 10 June 2021.

The well-attended ceremony warranted coverage from Chinese news stations, with local dignitaries and representation from the Wuhan UK consulate adding prestige to the occasion. UK Ambassador to China, Caroline Wilson was in attendance and announced the two overall winners, with Professor Alessandro Schiesaro (Head of the School of Arts, Languages and Cultures) and Peter Gries (Director of the Manchester China Institute) giving remote speeches congratulating the winners. During his speech, Professor Gries said:

“I’m thrilled that this year’s winners on the Chinese side and the UK side, well capture that caring is common to the human condition, which I think is particularly valuable at a time when COVID-19 has led to a lot of isolation between individuals and international relations have become difficult. I think it makes these photos that emphasise our common humanity particularly touching.”

Michael Wood also gave a remote speech, in which he stated “The photos coming in this, of all years, have really transported all of us – especially the Chinese photos back to the streets of China, and the joy and affability of the people.”

The award for the Best UK Submission went to NHS worker, Ruthie Clegg, whose photograph was taken in a hospital at the height of the pandemic. It shows the nonverbal ways that Ruthie and her colleagues cared for each other during an incredibly difficult period. In her pre-recorded acceptance speech, Ruthie told us how much it meant to receive the award, and stressed the need for caring amid tough times: “It was really important to be there for one another, as staff members, as nothing ever prepared us for what we were going to see in this past year”. 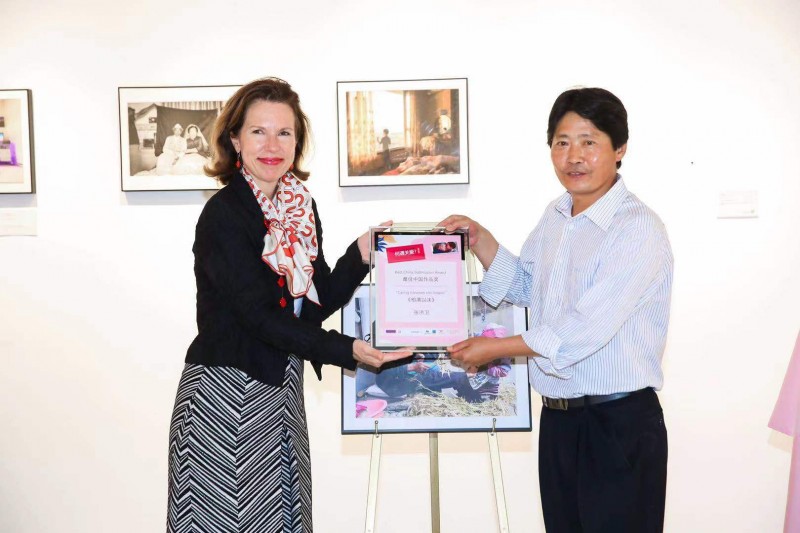 The UK Ambassador to China, Caroline Wilson DCMG (right) presented the award for the Best China Submission to Zhang Hongwei (张洪卫), whose image presented an amusing snapshot of life in rural Yunnan, showing a wife ably trimming her husband’s toenails. Zhang attended the Wuhan awards ceremony in person, travelling all the way from Yunnan (the equivalent journey of London to Rome!).

Both overall winners received £1,000/8,888 RMB. A third award is still up for grabs, and the recipient is to be decided by the public. Voting for the People’s Choice Award, which comes with a prize of £500/¥4,500, is now open. Have your say by heading over to Creative Manchester’s Facebook page and ‘liking’ your favourite image in the album entitled ‘International Photography Competition 2021: People’s Choice Vote’.