"I hope to keep progressing and end up at the very top of the Halfpipe game, competing in major events such as the Winter Olympics and Winter X Games, which are the pinnacles of our sport.” 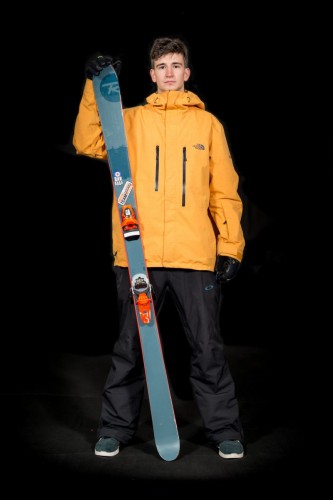 A freestyle skier who is hoping to make his debut at the 2018 Winter Olympics in South Korea graduates from The University of Manchester today (20th July).

Peter Speight, 23, from Sheffield earnt his BA in history whilst training and competing around the world as a full time athlete in the Great Britain (GB) Halfpipe Ski Team. In 2014 he was on track to compete in the Sochi Winter Olympics but a series of injuries, including a broken collar bone, ended his chances of qualifying.

Peter said: “It was definitely a tough time a couple of years ago after a run of injuries knocked me out of skiing for 18 months. I had to undergo surgery on my knee. Unfortunately injuries are part of halfpipe skiing as it is an extreme sport that involves performing dangerous, high-risk tricks through the air.”

But Peter didn’t let the setbacks affect his mentality and came back even stronger with an added mental strength that, he says, also helped in his studies. He added: “I learnt a lot through that process and had to dig deep to get back to the position I wanted to be in. The rehab involved in returning from knee surgery is intense and takes a lot of mental strength and patience. In the end I came back stronger and it all seems well in the past now.”

This year, Peter has won the British Championship, as well as finishing a personal best 17th in the World Cup final. He was also awarded the University’s 2015/16 Sportsman of the Year: “I have just had an amazing season, my best and busiest yet and have surpassed any level I was at before. I am stoked.”

Unlike winter sports heavyweights, like Russia and Canada, the UK is not renowned for its snowy weather, even in winter. Therefore, Peter had to learn to ski on the dry slopes of his native city at Sheffield Ski Village from 12 years old.

After graduation, Peter plans to take his skiing to even greater heights and says the skills learnt during his studies at Manchester stand him in good stead for future success: “I’m really excited to continue putting everything into skiing, you have to take these things a season at a time and set short term goals but I hope to keep progressing and end up at the very top of the Halfpipe game, competing in major events such as the Winter Olympics and Winter X Games, which are the pinnacles of our sport.”

Whilst skiing is his immediate plan, Peter also hopes to take on bigger challenges in the future and possibly, one day, set up his own business. Dr Max Jones, one of his lectures from the history department, describes him as a fantastic role model. He said: “Peter’s ability to balance his studies and gruelling training schedule are testament to his commitment to his sport and passion to excel in everything that he does.”