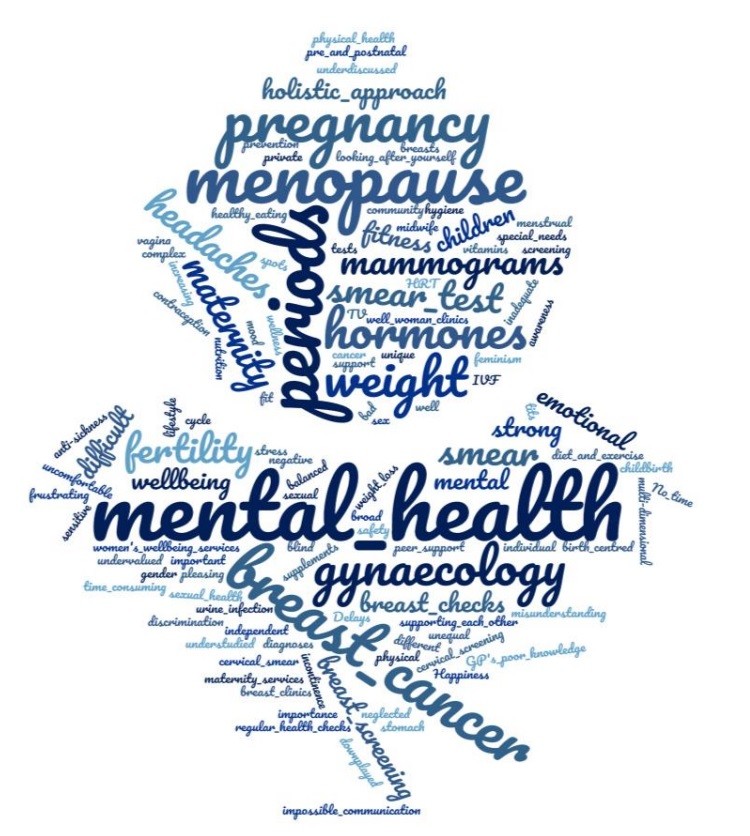 Women ‘brushed off’ by the health care system to ‘suffer in silence’, study reveals

Many women feel they are not being listened to about their health needs – with older women feeling “invisible” to health professionals, and women throughout their lives experiencing a lack of empathy around problems relating to menstruation, fertility, childbirth and menopause, a major new report reveals.

The report, Women’s priorities for women’s health, is based on discussions with over 70 women aged 18 to 76. The study was commissioned by the Department of Health and Social Care as part of their call in early 2021 for public evidence to inform the Women's Health Strategy for England.

Researchers at the universities of York, Newcastle and Manchester, with the King’s Fund, conducted a series of focus groups to reveal the experiences of a diverse group of women, and discuss what they would like to see in the Strategy.

Dr Holly Essex, lead author, from the Department of Health Sciences at the University of York, said: “Our report allows women’s voices to be heard in a way that enables the government to embed their priorities in a health service that is more responsive to their needs”.

“The focus group conversations reveal feelings of being  ‘brushed off’; of not being listened to; of being ‘invisible’; of symptoms not always being treated seriously; of a lack of information for women’s health issues; and of being ‘in the dark’ about the state of their health.”

One 45 year-old woman told the researchers that: “Going to the doctors isn’t an enjoyable experience because they don’t listen. That’s the problem for me. I just don’t go now.”

A 23 year-old woman commented that “contraception and periods, it gets brushed off like it's not a big thing because everyone has to do it … it's as if you're being dramatic if there is a problem"

Alongside issues relating to women’s physiology, women consistently raised the problem of mental health and the difficulty of finding information and support.  Women reported a perception of inadequate services, therapies, follow-up and support for women who experienced mental health problems.

One 36 year-old participant said: “I think mental health… just being a woman in general and having kids and working. There's a lot, just basic stuff that we could be going through that we end up suffering in silence."

The report noted that this feeling of suffering in silence was relevant across the age ranges, but particularly for older women who often had caring responsibilities.

Dr Gemma Spiers, a co-author based at Newcastle University, who led the focus groups for women aged 65 and over, said:

"Women live longer and experience more disability than men in later life, yet older women told us that they feel 'written off' and struggle to access the support they need."

Co-author Professor Karen Bloor, from the University of York, added: “our study revealed women’s uncertainties about and struggles with many aspects of their health and access to health services. We hope that the government’s Women’s Health Strategy will hear these women’s voices and act upon them.”

The 98-page document reports discussions with women around four key themes and questions:

A  summary of the report is available here

Image: word cloud used in the report of he words women use to describe their health

Women ‘brushed off’ by the health care system to ‘suffer in silence’, study reveals