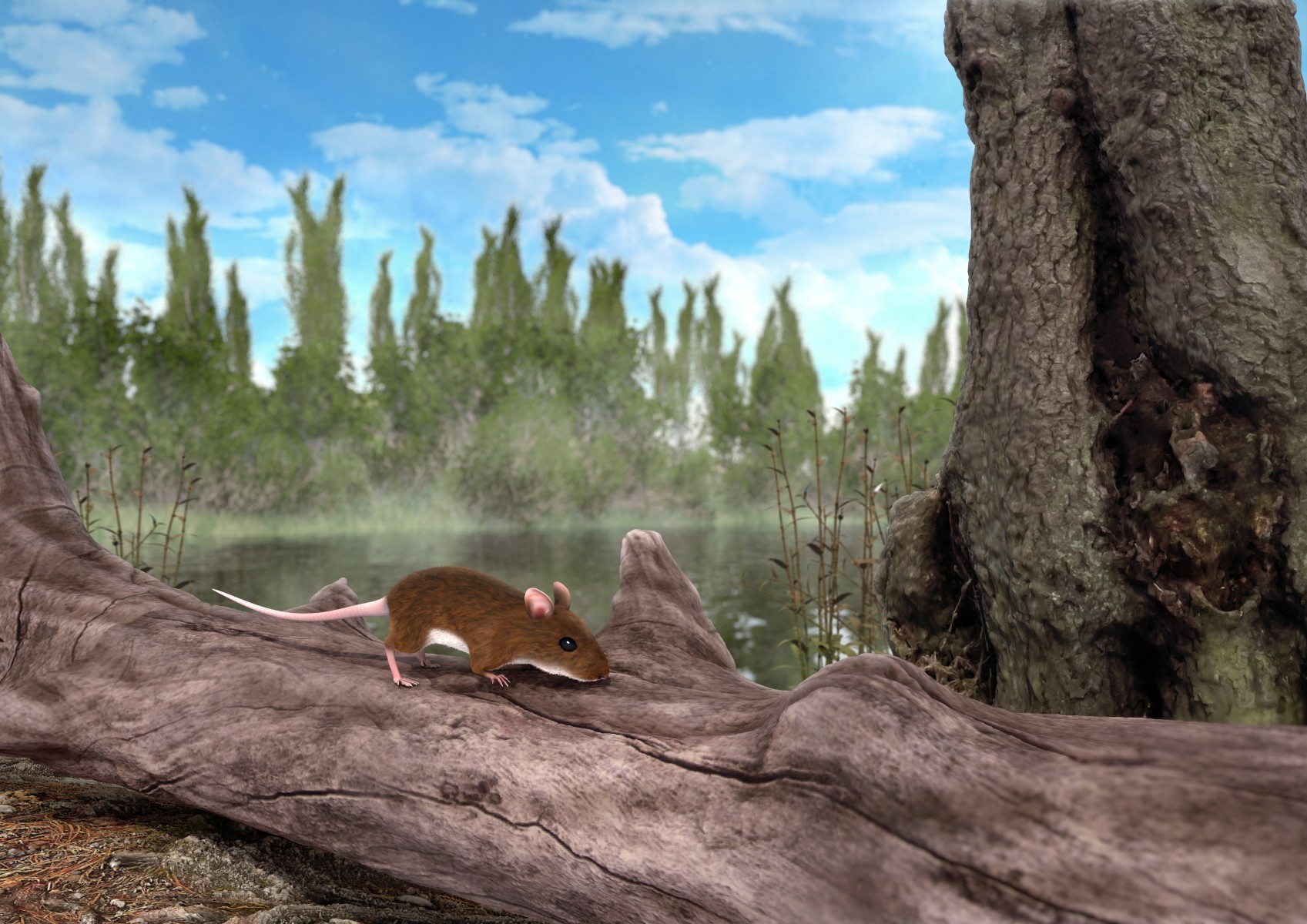 The evolutionary use of colour for mammal’s survival in the wild is evident from, red foxes, to zebras. Today an international team, led by researchers from The University of Manchester, publish research revealing the evidence of colourful pigments from ancient mouse remains.

Colour plays an important role in the evolution of life on Earth, it has also played a role in the selective processes that have steered evolution for hundreds of millions of years.

The paper, ‘Pheomelanin pigment remnants mapped in fossils of an extinct mammal’ is published in the journal Nature Communications. The work marks a major scientific breakthrough in our ability to define fossilised colour pigments in long extinct species for the first time.

This new study applied X-ray imaging to several three million year old fossils in order to untangle the story of key pigments in ancient animals and reveal how we might recognise the chemical signatures of specific red pigments in long extinct animals to determine how they evolved.

Professor Phil Manning, the lead palaeontologist on the paper explained: “The fossils we have studied have the vast potential to unlock many secrets of the original organism. We can reconstruct key facets from life, death and the subsequent events impacting preservation before and after burial. To unpick this complicated fossil chemical archive requires an interdisciplinary team to combine their efforts to crack this problem. In doing this, we unlock much more than just palaeontological information.”

Professor Roy Wogelius, co-author and geochemist said: “This was a painstaking effort involving physics, palaeontology, organic chemistry, and geochemistry. By working as a team, we were able, for the first time, to discover chemical traces of red pigment in fossil animal material. We understand now what to look for in the future and our hope is that these results will mean that we can become more confident in reconstructing extinct animals and thereby add another dimension to the study of evolution.”

The new research reveals that not only may chemical traces of dark black pigments be present within exceptionally preserved soft tissues, but that traces of the much more elusive red animal pigment may be resolved. The chemical residue of black pigment, which colours such animals as crows, was first resolved by this team in a previous study nearly ten years ago. But the red pigment, characteristic of animals such as foxes, is far less stable over geological time and proved much more difficult to detect. 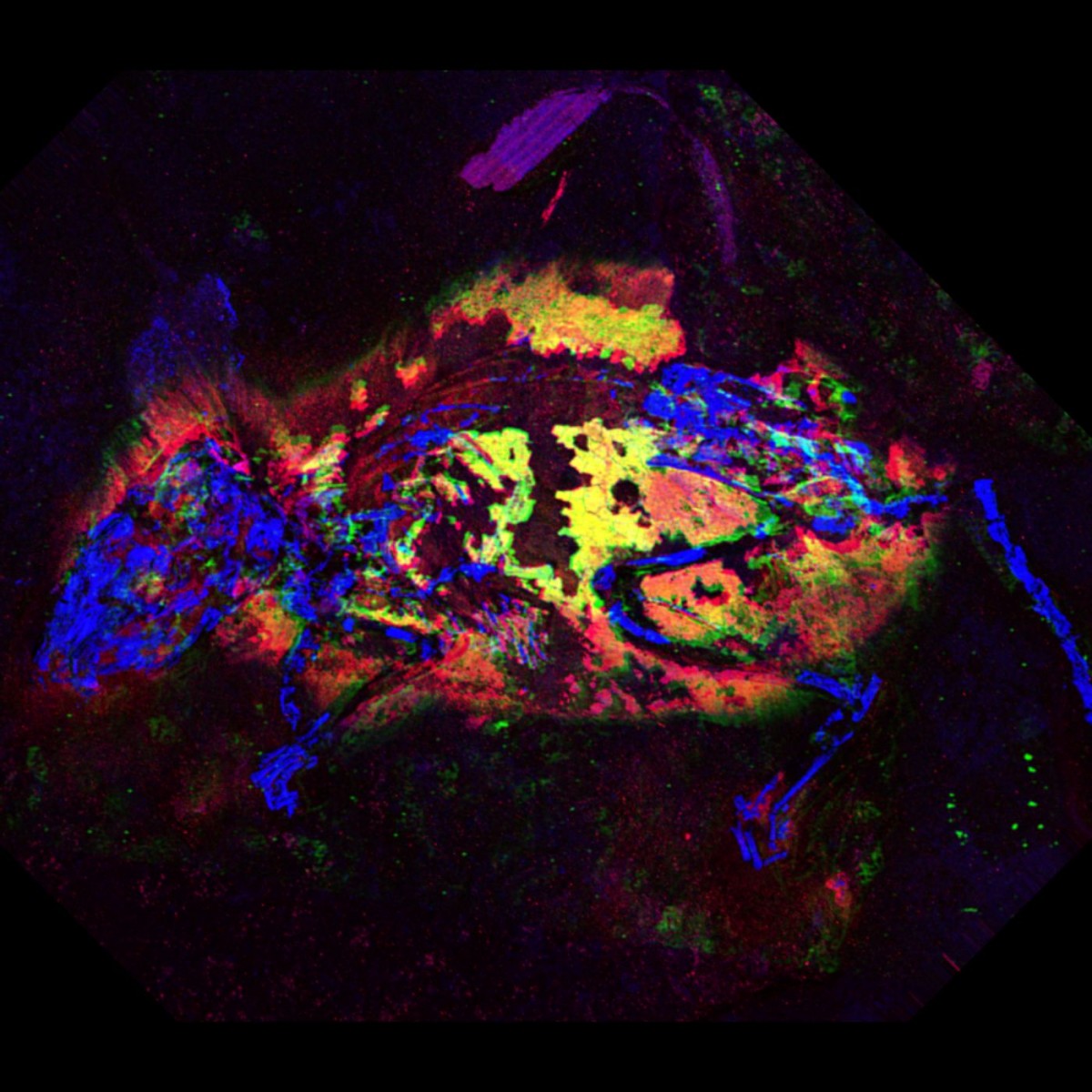 The fossils we have studied have the vast potential to unlock many secrets of the original organism. We can reconstruct key facets from life, death and the subsequent events impacting preservation before and after burial.

Professor Wogelius went on to say: “We had data which suggested red pigment residue was present in several fossils, but there was no useful data available to compare this to in modern organisms. So we needed to devote several years to analysing modern tissue before we could go back and review our results from some amazing fossil specimens. In the end, we were able to prove that detailed chemical analysis can resolve such pigment residue, but along the way we learned so much more about the chemistry of pigmentation throughout the animal kingdom.”

To unlock the fossil patterns, the Manchester team collaborated with scientists at some of the brightest sources of light on the planet, using synchrotron radiation at the Stanford Synchrotron Radiation Lightsource (USA), and also at the Diamond Light Source (UK) to bathe the fossils in intense x-rays. It is the interaction of these x-rays with the chemistry of these fossils that enabled the team to be the first to recognise the chemistry of red (pheomelanin) pigmentation in fur from exceptionally well preserved 3 million year old mouse fossils.

The key to their work was identifying trace metals incorporated by ancient organisms into their soft tissues, and comparing these to the modes of incorporation into living species. The chemistry shows that the trace metals in the mouse fur are bonded to organic chemicals in exactly the same way that these metals are bonded to organic pigments in animals with high concentrations of red pigment in their tissue.

The scientists have also translated the chemical findings into sound waves so people are able to hear frequencies of sound associated with differing pigment colours present in the fossils.

In order to make absolutely sure of their findings, modern comparison standards were analysed both by synchrotron radiation and by specialists in pigment chemistry based at the Fujita Health University in Japan.

Prof. Manning finally added: “Palaeontology offers research that is more than relevant to our everyday life. Information gleaned from the fossil record is influencing multiple fields, including; climate research, the burial of biowaste and radwaste, the measure of environmental impact of oil spills on living species with techniques developed on fossil organisms. Whilst our research is firmly anchored in the past, we set our sights on its application to the future.” 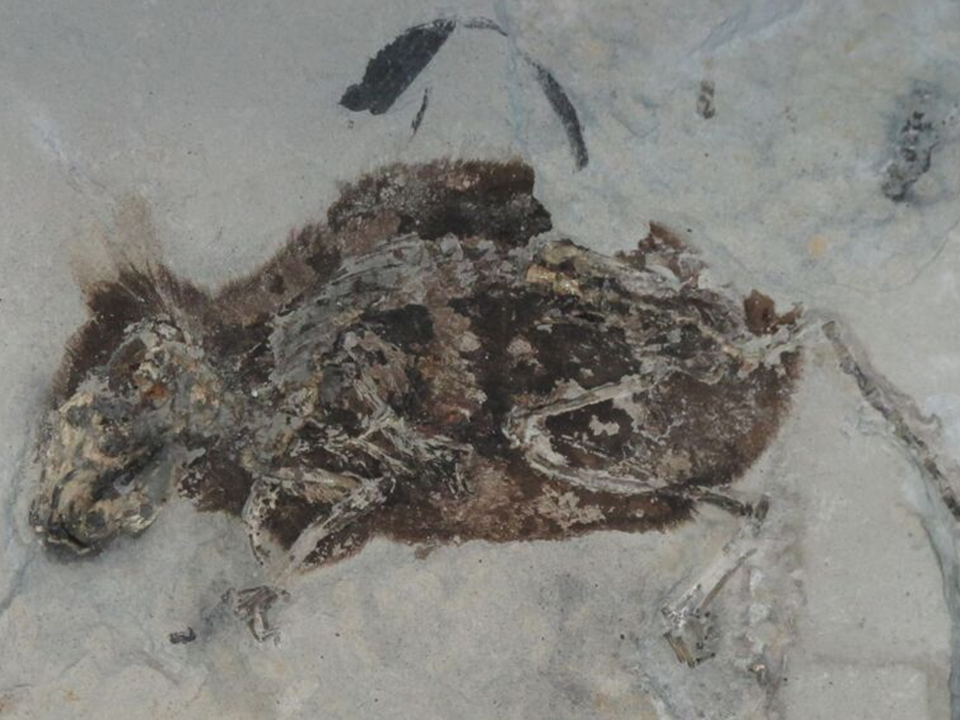