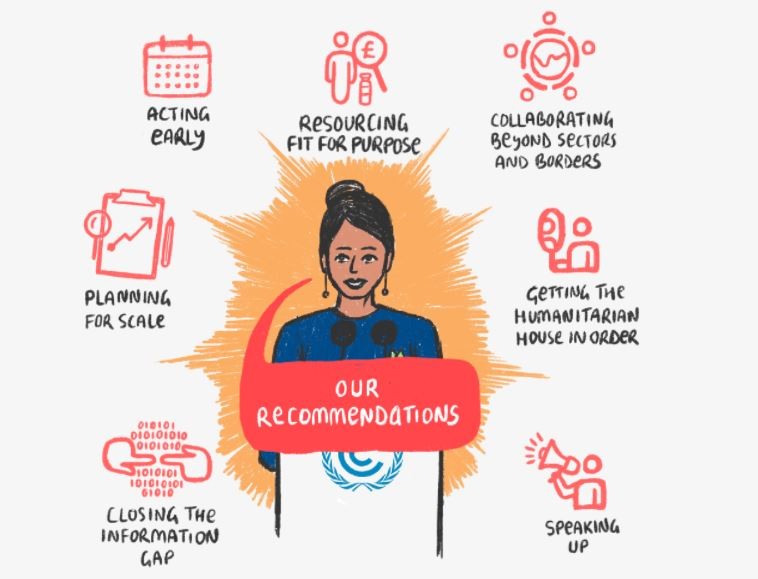 To coincide with the COP26 climate summit in Glasgow, experts from Manchester have warned that the humanitarian aid sector is unprepared for the escalating crises caused by climate change – leaving them unable to provide support to the growing millions of people requiring humanitarian assistance.

Their report, which calls for seven key changes needed in the aid system, has been brought to life in an interactive graphic novella entitled ‘Amrita’s Journey’, with illustrations by New Delhi-based artist Dwarka Nath Sinha. It is being displayed at a pop-up exhibition from 8th-13th November at University Place, and the public are invited to view the graphic novella, learn about the report’s findings and find out how to take action.

Every year, the lives and livelihoods of millions of people are destroyed by disasters, both caused and made worse by the climate emergency.

The research - led by The University of Manchester’s Humanitarian and Conflict Response Institute alongside Manchester charity UK-Med and Save the Children UK, and funded by the UK Disasters Emergency Committee - was undertaken to deal with a critical question facing the sector: how will a stretched aid system get ready for the climate emergency?

The report explores the key issues facing the communities on the frontline of the climate emergency and the aid workers who serve them. It makes urgent recommendations for the global community to prepare for the increasing numbers of people who will be left without healthcare, shelter and food due to climate change.

The findings were launched to coincide with the COP26 climate conference in Glasgow, which is a once-in-a-generation chance to shift the dial in the race against the climate crisis. This study aims to ensure the needs of the people most affected by the climate crisis are listened to by policy makers as the event takes place.

“The increased number of storms, floods and droughts caused by climate change are already affecting millions each year. They also add additional hardships for those people fleeing war or living in refugee camps. Climate change will affect us all, but it will hit vulnerable people the hardest,” David Wightwick, CEO of UK-Med explains.

“The next decade will be crucial. We need to adapt quickly to the increase in extreme weather, disasters and humanitarian crises, so that we can protect as many people and families as possible."

Given how daunting this issue is, we wanted to focus on what is possible,” says Dr Stephanie Sodero, Lecturer in Responses to Climate Crises at the Humanitarian and Conflict Response Institute, The University of Manchester. “Throughout Amrita’s Journey, we’ve included examples of successful practices from around the world that can be scaled up, like direct cash transfers to community members in advance of extreme weather events to allow people to prepare.”

The report’s findings and recommendations, along with Amrita’s Journey, can be accessed at www.soundingthesiren.com. The event will be held at Manchester’s University Place (known locally as The Tin Can building) on Oxford Road from Monday 8th-13th November. Admission is free.