Alzheimer's disease: mounting evidence that herpes virus is a cause

Alzheimer's disease: mounting evidence that herpes virus is a cause 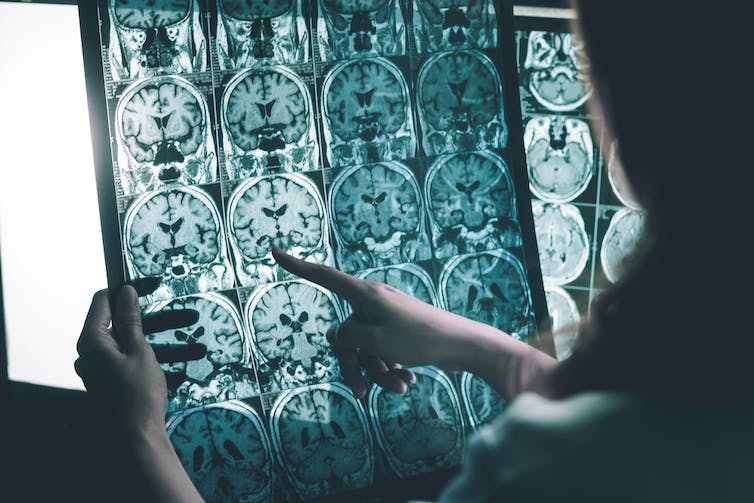 More than 30m people worldwide suffer from Alzheimer’s disease – the most common form of dementia. Unfortunately, there is no cure, only drugs to ease the symptoms. However, my latest review, suggests a way to treat the disease. I found the strongest evidence yet that the herpes virus is a cause of Alzheimer’s, suggesting that effective and safe antiviral drugs might be able to treat the disease. We might even be able to vaccinate our children against it.

The virus implicated in Alzheimer’s disease, herpes simplex virus type 1 (HSV1), is better known for causing cold sores. It infects most people in infancy and then remains dormant in the peripheral nervous system (the part of the nervous system that isn’t the brain and the spinal cord). Occasionally, if a person is stressed, the virus becomes activated and, in some people, it causes cold sores.

The virus can become active in the brain, perhaps repeatedly, and this probably causes cumulative damage. The likelihood of developing Alzheimer’s disease is 12 times greater for APOE4 carriers who have HSV1 in the brain than for those with neither factor.

Later, we and others found that HSV1 infection of cell cultures causes beta-amyloid and abnormal tau proteins to accumulate. An accumulation of these proteins in the brain is characteristic of Alzheimer’s disease. 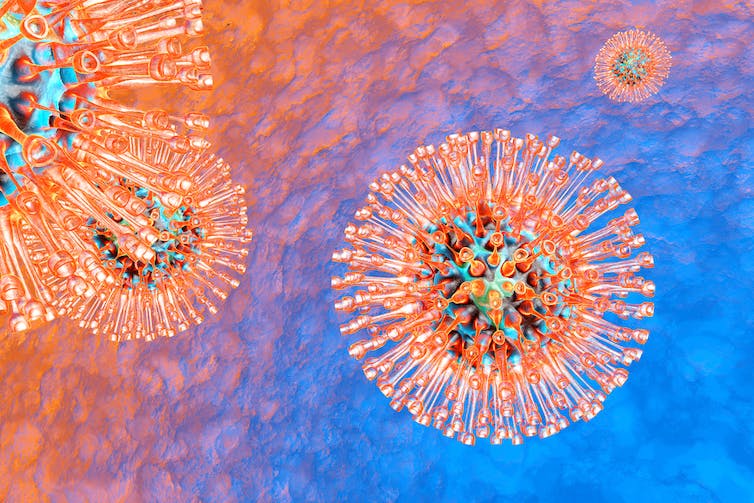 Most people are infected with the herpes simplex virus by the time they reach old age. Spectral-Design/Shutterstock.com

We believe that HSV1 is a major contributory factor for Alzheimer’s disease and that it enters the brains of elderly people as their immune system declines with age. It then establishes a latent (dormant) infection, from which it is reactivated by events such as stress, a reduced immune system and brain inflammation induced by infection by other microbes.

Reactivation leads to direct viral damage in infected cells and to viral-induced inflammation. We suggest that repeated activation causes cumulative damage, leading eventually to Alzheimer’s disease in people with the APOE4 gene.

Presumably, in APOE4 carriers, Alzheimer’s disease develops in the brain because of greater HSV1-induced formation of toxic products, or less repair of damage.

The data suggest that antiviral agents might be used for treating Alzheimer’s disease. The main antiviral agents, which are safe, prevent new viruses from forming, thereby limiting viral damage.

In an earlier study, we found that the anti-herpes antiviral drug, acyclovir, blocks HSV1 DNA replication, and reduces levels of beta-amyloid and tau caused by HSV1 infection of cell cultures.

It’s important to note that all studies, including our own, only show an association between the herpes virus and Alzheimer’s – they don’t prove that the virus is an actual cause. Probably the only way to prove that a microbe is a cause of a disease is to show that an occurrence of the disease is greatly reduced either by targeting the microbe with a specific anti-microbial agent or by specific vaccination against the microbe.

Excitingly, successful prevention of Alzheimer’s disease by use of specific anti-herpes agents has now been demonstrated in a large-scale population study in Taiwan. Hopefully, information inother countries, if available, will yield similar results.