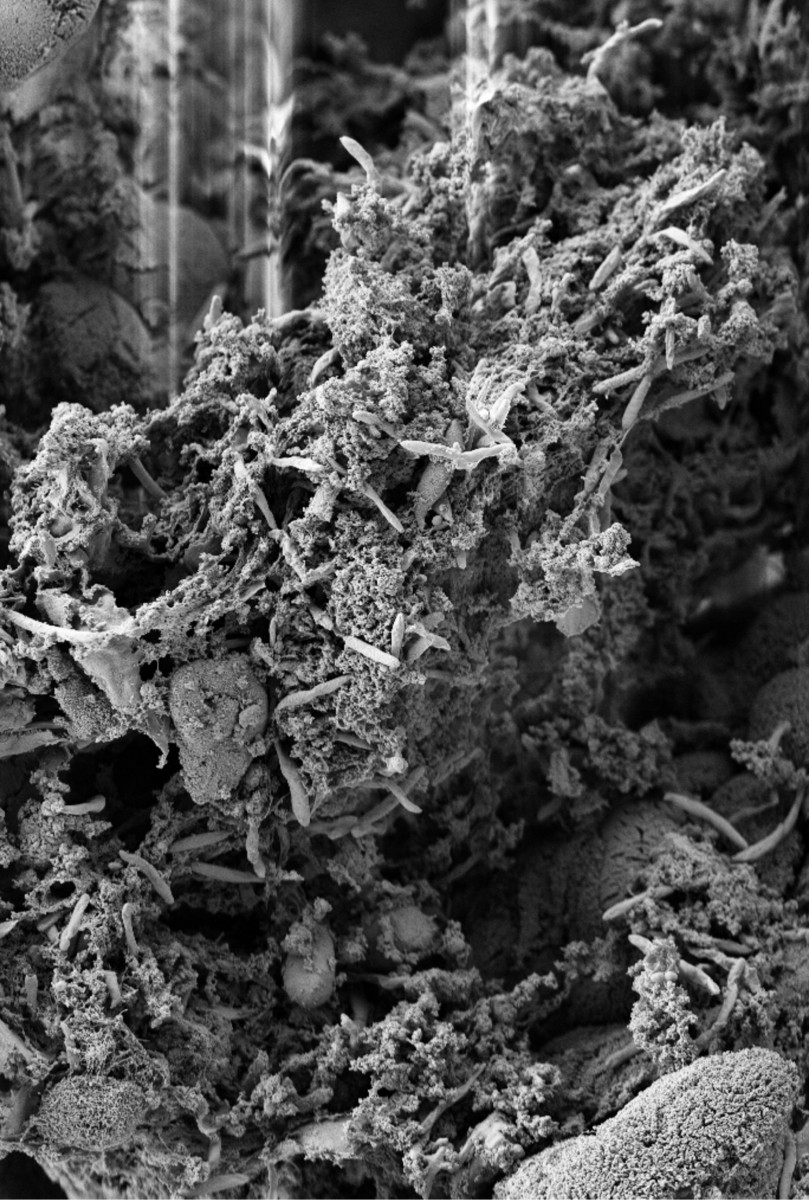 Scientists at The University of Manchester have shown for the first time how antibiotics can predispose the gut to avoidable infections that trigger bowel disease in mice.

The team, led by Dr Elizabeth Mann, also showed that substances derived from fibre prevent this damage to the gut, suggesting a high fibre diet could be useful when taken during and after a course of antibiotics.

The research is to be published in Science Translational Medicine and funded by the Wellcome Trust and the Medical Research Council.

They tested broad spectrum antibiotics on mice to assess their impact on the gut’s microbiota, the community of microbes that live in the gastrointestinal tract.

After a week long course of antibiotics, a harmful immune reaction started that lasted at least 2 months, an equivalent, say the researchers, of many years in humans.

The immune reaction meant that significantly fewer beneficial bacteria which make ‘short chain fatty acids’, which are good for the gut, grew back.

However, short chain fatty acids, produced by the fermentation of dietary fibre by the microorganisms which live in the gut, could prevent the harmful immune response.

“Epidemiological evidence already links antibiotics given to babies and young children, when the immune system is still developing, to inflammatory bowel disease, asthma, psoriasis and other inflammatory diseases later in life,” said Dr Mann, who is based at the University’s newly launched Lydia Becker Institute of Immunology and Inflammation.

She said: “However, until now it has been hard to determine cause and effect, especially with the time lag between taking the antibiotics and the development of disease later in life.

”This study helps explain the link through understanding the biological processes involved.

“Inflammatory bowel disease in particular has multiple causes but one of the triggering factors in many people has been infections such as Salmonella or E coli.

“We show that after antibiotics, mice are more susceptible to these types of infections, and do not mount the proper immune response to clear the infection.”

Epidemiological evidence already links antibiotics given to babies and young children, when the immune system is still developing, to inflammatory bowel disease, asthma, psoriasis and other inflammatory diseases later in life. However, until now it has been hard to determine cause and effect

The gut is the largest source of bacteria in the body, where trillions of harmless bacteria critical for maintaining a healthy immune system live.

However, when antibiotics are taken orally, they deplete a massive community of bacteria in the intestines.

She added: “Not all patients taking antibiotics will get these diseases, and that’s because most people need a genetic predisposition to get them.

“And it’s very important that patients continue their antibiotics as these drugs are critical in clearing bacterial infections that can persist and cause serious health problems if left untreated.

“But what we’re saying is that antibiotics must only prescribed when absolutely needed for bacterial infections.

“Antibiotics, for example, are useless against viral infections such as those that cause the common cold, flu and many chest infections.”