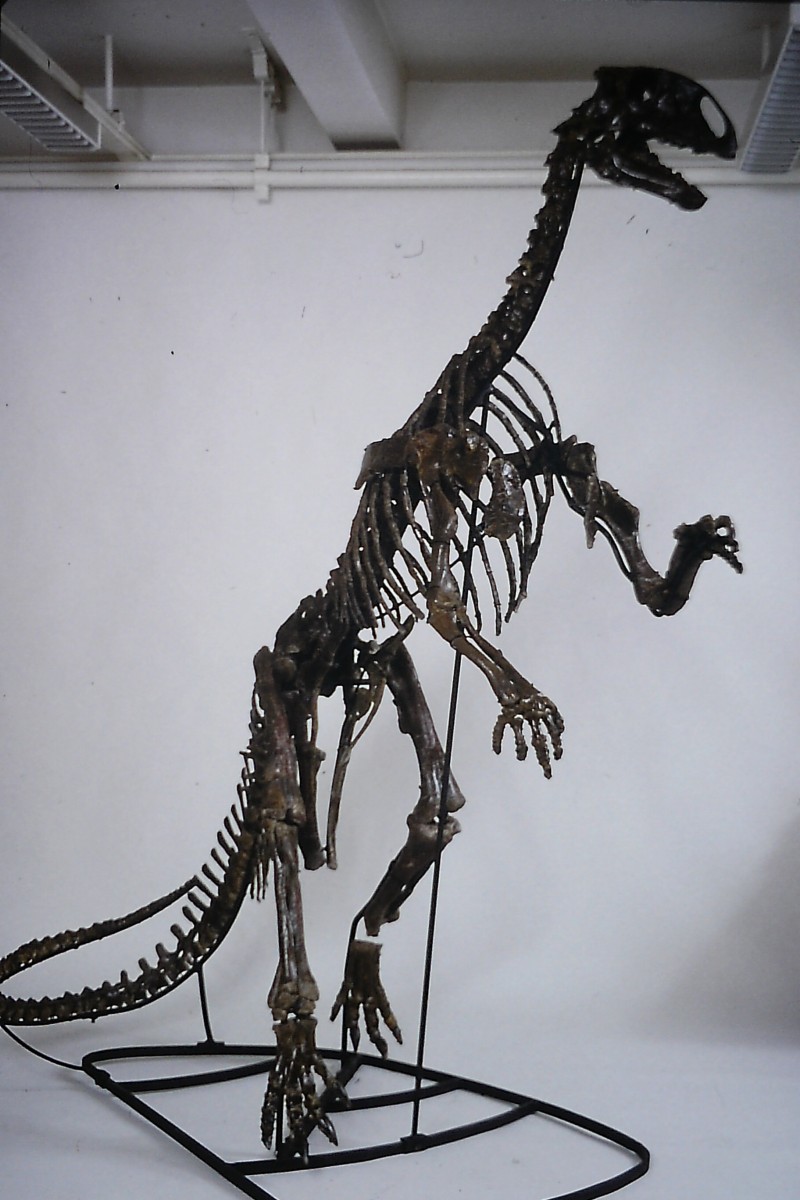 The palaeontologists behind the discovery used X-ray CT scanning and X-ray fluorescence (XRF) to assess so-called ‘seeds’ and ‘ash’ found with the specimen and revealed that they were not seeds after all and that the dinosaur did not die in a layer of ash, as had originally been suggested when it was found. However, the skeleton was found with two teeth of the predatory dinosaur, Deinonychus, a relative of the infamous Velociraptor. This finding provides further support that Deinonychus fed on Tenontosaurus, an idea which was originally suggested back in 1970 by the highly influential American palaeontologist, Professor John Ostrom.

April’s skeleton is one of the most complete, best-preserved examples of Tenontosaurus that is out there. Yet, this is the first time it’s been formally described.

The paper, published in Cretaceous Research, shows a rare insight into this era of fossilised finds to teach us about the behaviours of prehistoric animals and show them as once living, breathing animals rather than just (very) old bones. It provides palaeontologists with more details about the lives of these individuals.

Doctors Dean Lomax and John Nudds from The University of Manchester and authors of the new research dedicated this study to their friend, colleague and co-author, Dr Jon Tennant, who sadly died on 9 April 2020, before this study could be published.

Dr Lomax said: “Jon completed his Masters at Manchester on this very specimen, in 2010. It was his idea for the three of us to come together and write this paper, which we officially began in 2018.

Jon contributed significantly to palaeontology and was a massive advocate for open access. At every opportunity Jon encouraged others and was immensely passionate about palaeontology. This project would not have been possible if it was not for his research on the specimen described herein. Jon leaves a remarkable legacy behind.

April the Tenontosaurus was originally acquired for The University of Manchester in 1999 by Dr Nudds. The specimen was formally on display in the Museum and then was replaced for the cast of Stan the T. rex.