Bob Hawke, the 'environmental PM', leaves a huge ‘what if’ on climate change
Newsroom

Bob Hawke, the 'environmental PM', leaves a huge ‘what if’ on climate change 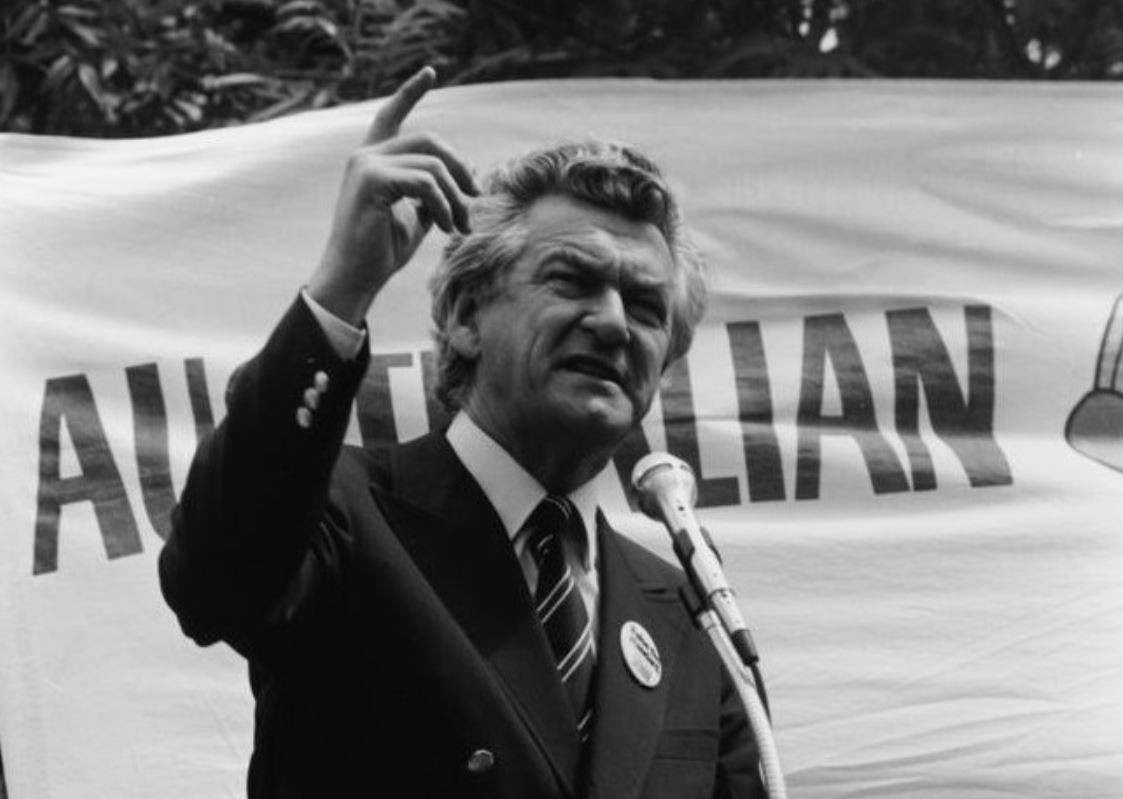 Since the news broke of his passing, Bob Hawke has been feted as the “environmental prime minister”. From saving the Franklin River, to protecting Antarctica from mining, conservationists have praised his environmental legacy in the same way economists have lauded his financial reforms.

Hawke was in the Lodge during the crucial period when Australia first became aware of – and tried to grapple with – the issue of climate change. And the trajectory of his leadership, not to mention the manner and timing of his political demise, leaves behind a huge question of what might have been.

Hawke had been in the public eye since becoming head of the ACTU (a far more consequential body back then) in the late 1960s.

Famously, he took the leadership of the Australian Labor Party from Bill Hayden on the morning that then Prime Minister Malcolm Fraser called the 1983 election. That election had a major environmental issue: the proposed damming of the Franklin River in Tasmania.

Labor promised to halt the project if elected, and it duly did so, winning the court case later that year. But elsewhere Labor remained reluctant to use its federal environmental powers in a wholesale way. Although there was a National Conservation Strategy, Hawke and his senior ministers remained focused on transforming Australia’s economy, bringing down tariff barriers, floating the dollar, and much else.

There were specific battles over the Wet Tropics, uranium mining, and other “green” issues. But something was coming down the track that would ultimately outstrip them all.

Barry Jones, Hawke’s science minister from 1983 to 1990, tried in vain to get ministers interested in climate change. Jones mournfully noted in 2008 that he had raised the alarm in 1984, but his cabinet colleagues did not listen:

The response from my political colleagues in Canberra was distinctly underwhelming. I think some of them were persuaded by (industry) lobbyists to say sooner or later a technological fix will come up.

Political journalist Niki Savva’s memoir, So Greek (p.136), gives a clue as to the possible reasons behind this:

Bob Hawke couldn’t stand Barry. A few journos, included myself, were talking to Hawke at the back of his VIP aircraft once about his ministers, when one of my colleagues said to him: “Take Barry Jones…” Hawke interrupted and said testily, “No, you take him.”

It would take a different, more politically cunning minister in Hawke’s next cabinet (1987-90) to bend his colleagues’ ears towards the climate question. The incoming environment minister, Graham Richardson, realised the electoral importance of green issues - whether the ozone hole, deforestation or sewage – in helping Labor differentiate itself from the Liberals. Meanwhile, Hawke had other advisors who were also fighting the green fight from within, and noisy large environment groups without.

After the Commission for the Future (a Barry Jones initiative) had launched the Greenhouse Project in 1987, Hawke began to give speeches about the importance of action against the emerging threat of global warming.

In June 1989, Richardson, having proposed a greenhouse emissions target only to see the idea nixed in cabinet by treasurer Paul Keating, noted:

The environment is galloping up the hit parade, and will be top of the pops pretty soon. It’s come from nowhere as an election issue to be Number Two to interest rates.

Hawke’s 1989 statement on the environment (jokingly called the World’s Greatest Environmental Statement) contained little detail on the idea of emissions reductions. Ironically enough, the Liberals went to the March 1990 election with a more ambitious emissions target than Labor.

After winning the 1990 election with Green preferences, the Hawke government established the “Ecologically Sustainable Development” policy process. It featured nine working groups in areas including agriculture, tourism, energy use, and so on, with an overarching “greenhouse” group added later.

However, by 1991, the climate issue was slipping down the charts once more, eclipsed by concerns such as the first Gulf War and the “recession we had to have”. What’s more, Hawke’s relationship with Keating had broken down after he reneged on his promise to stand aside after a third term, and the airwaves were now dominated by political intrigue.

Meanwhile, the business community was growing more organised in its resistance to environmental regulation. After Hawke vetoed a uranium mine in Kakadu National Park in 1991, industry formed the Australian Industry Greenhouse Network (see Guy Pearse’s High and Dry for the full story) to make sure climate policy didn’t follow the same path.

Hawke stuck to his guns. In October 1991, at a Commonwealth Heads of Government meeting in Harare, Zimbabwe, he pledged to go to the following year’s Earth Summit in Rio and apply maximum pressure for global action.

Hawke’s days as prime minister, however, were numbered. In December 1991, after a lacklustre parliamentary response to John Hewson’s “Fightback!” policy launch, Keating’s forces moved in for the kill. Hawke’s time as leader had begun and ended with leadership coups – a tactic that has become an even more potent threat in recent years as the climate wars have heated up.

Read more: Carbon coups: from Hawke to Abbott, climate policy is never far away when leaders come a cropper

Keating didn’t go to Rio in 1992, making Australia the only OECD country that didn’t have its top political leader present at the landmark summit.

Australia produced an eye-wateringly weak National Greenhouse Response Strategy that was not worth the paper it was written on, and was within two years challenged by greens seeking a carbon levy.

There was an effort to get more meaningful domestic policy ahead of the first round of UN climate talks in 1995. But this was defeated by a beefed-up constellation of energy companies, academics and think-tankers, with newspapers and unions helping. Since then, Australian climate policy has been, to put it mildly, inadequate.

Could it have been different?

Hawke had a penchant for the grand gesture – from “no Australian child will be living in poverty” to “Australian servicemen not dying overseas” – and this naturally prompts us to ask “what if”?

What if he had been at Rio? What if Australia had invested properly in energy efficiency, solar and other renewables? Of course it’s entirely conceivable that the business community’s response would simply have been even more ferocious, and the environmental movement’s early-1990s malaise all the more pronounced. But it’s not impossible to imagine that Hawke’s forceful determination would have carried the day, as it did on so many others.

There’s been a lot of carbon dioxide pumped into the atmosphere since Hawke was prime minister, and plenty of hot air pumped into the climate policy debate. But although Hawke fell agonisingly short of finding out who would prevail in 2019, the next prime minister’s climate task is clearer than his, and far more difficult: preparing Australians for inevitable consequences of past policy failures.