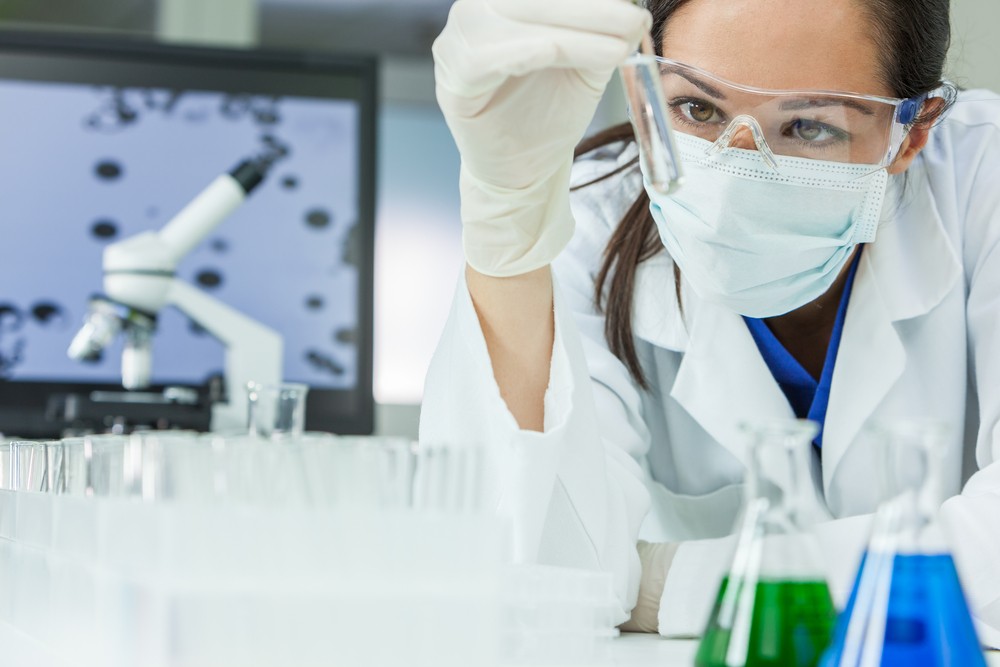 stock-photo-female-medical-or-research-scientist-or-doctor-using-looking-at-a-test-tube-of-clear-solution-in-a-595303463.jpg
Female medical or research scientist or doctor using looking at a test tube of clear solution in a lab or laboratory

A cancer drug called pembrolizumab might also help people with HIV, according to a new study.

On the face of it, cancer and Aids have little to do with each other. One is caused by an excessive division of cells in the body, the other is caused by infection with a virus (HIV). But there is a link – the human immune system – which is where this drug acts. In fact, the story behind this medicine is full of surprising twists and turns.

The journey began in 1992 when a certain receptor protein on T cells (a type of white blood cell) was discovered by Japanese scientist Tasuku Honjo. Instructions for making proteins are encoded by genes, and this particular protein was brought to Honjo’s attention as a result of a search for genes that cause cells to die.

It was therefore given the name “programmed cell death 1” or “PD-1”. It later turned out that it had been misnamed – this receptor has nothing to do with T cells dying – and for many years, the role of the PD-1 receptor remained mysterious.

A big clue came when mice were genetically modified to lack the gene that contains the instructions for making the PD-1 receptor. Without PD-1 the mouse immune system reacted more vigorously, meaning immune cells multiplied more when stimulated. And some of the mice, especially those that were elderly, spontaneously developed an autoimmune disease.

This fitted with the idea that PD-1 sends a switch-off signal to immune cells, acting as a brake on the system. And that without it the immune system is more reactive, overly so when autoimmune disease develops. We now know that PD-1 works like this in many kinds of immune cells, including T cells.

Clinical trials have established that blocking PD-1 can be effective in treating some types of cancer in some patients. In other words, we can fight cancer by making sure the immune system doesn’t turn off. For this, Honjo, together with Jim Allison who discovered another brake receptor in the immune system and showed that blocking its action could work as a medicine, won the 2018 Nobel prize in physiology or medicine.

HIV hides in a latent state

This brings us back to HIV. One reason it has proved very hard to cure people with Aids is that a small amount of HIV hides in the body’s T cells in a latent state.

Most of the time, when HIV enters one of the body’s T cells, it will use that cell’s machinery to make copies of itself, sending new HIV particles out into the bloodstream. But a few T cells harbour the viral genes while not actively producing the virus or viral proteins, and the virus within these T cells is very hard to target. Latent virus persists even in patients who are able to keep Aids under control with antiretroviral therapy because that type of therapy can only work on the active virus.

This new study, published in Science Translational Medicine, looked at 32 cancer patients being treated with medicines that block PD-1, who also happen to be infected with HIV. Amazingly, HIV latency was reversed. The latent form of the virus was reawakened in these patients, which should make it targetable again.

As the virus gets reactivated in cells where it was once latent, then viral proteins would start to get made in that cell, which would, in turn, make these cells more visible to the immune system to be killed directly, and the newly unleashed virus could also be controlled with anti-retroviral therapies.

Scientists still need to find out if this approach will also work for patients who don’t also have cancer. More importantly, these types of medicines that unleash the immune system are associated with side-effects that can be serious for some patients, because unwanted immune responses can sometimes also be triggered, leading to symptoms of autoimmune disease.

As I’ve recently written about in a book, The Secret Body, countless exciting new medicines are being developed now to nudge the activity of immune cells up or down. A major next goal is to find ways to be more precise with this type of medicine, to trigger the right type of response to fight disease, be it cancer, Aids or other illnesses, but avoid the side-effects of triggering unwanted immune responses elsewhere in the body.