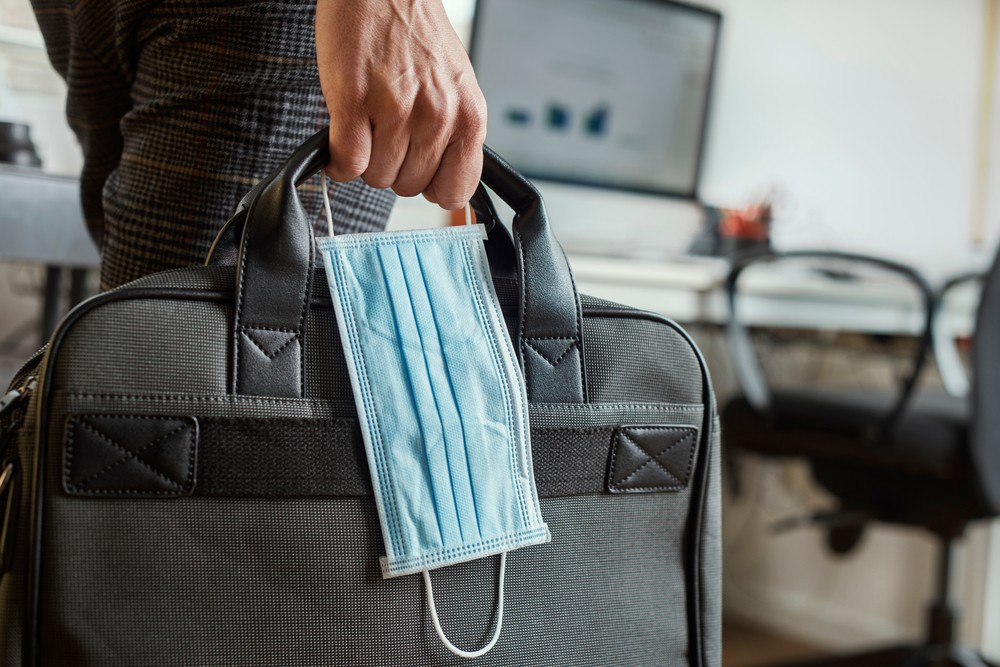 stock-photo-closeup-of-a-young-man-in-an-office-holding-a-briefcase-and-a-surgical-mask-in-his-hand-1712819545.jpg
closeup of a young man in an office holding a briefcase and a surgical mask in his hand

Closing schools and workplaces appear to have been the most effective strategies to mitigate deaths from Covid-19 in the early days of the pandemic’s first wave, according to a study of 130 countries.

The team from The University of Manchester and Imperial College London analysed the relative effects of different non-pharmacological interventions aimed at controlling the spread of Covid-19. The study is published in BMC Public Health.

Of the nine interventions they examined, only closing schools and closing workplaces had a significant association with a decline in early Covid-19 attributed death rate.

For the UK, with a population of about 67 million, this would translate to roughly 82 and 17 daily Covid-19 deaths, respectively.

Other interventions, such as stay-at-home orders (‘lockdowns’) or restrictions on public transport, were not significantly associated with differences in mortality rates across countries in the period of analysis after controlling for other interventions.

The team used sophisticated statistical modelling to generate 3,250 observations describing the association of an intervention with daily deaths per million over the next 24-days, the average estimated time between virus transmission and death.

Lead author Dr Jonathan Stokes said: “There have been many policies enacted by Governments around the world to control Covid-19 transmission.

“Many of them can have some impact on reducing virus transmission, though they can also hurt our mental health and the economy.

“However, their relative impact on Covid-19 mortality is less clear, and that makes it harder for policy makers to create the maximum benefit with the minimal disruption.

“The way these interventions were rolled out, non-randomly and frequently multiple interventions in tandem, makes it extremely difficult for any single study to give a definitive answer on effectiveness of each.”

He added: “However, our study contributes to the growing literature and our clear finding was that schools and workplaces were linked to lower mortality in the early period. of the pandemic.  We’re not saying schools and workplaces should close but rather, policy makers might build these insights into their subsequent pandemic strategies in the future.

“With Covid-19, the school environment itself was lower risk due to the age profile of mortality effects, but might present a higher risk in terms of driving up community transmission of COVID.

“Schools and workplaces also represent places where compulsory social interactions occur, rather than voluntary ones such as going to a restaurant or pub, which a high-risk individual (for example, an older person, or person with existing medical conditions) might choose to avoid.

“Other research has also suggested this large voluntary mechanism, where community mobility rates have been shown to have fallen before interventions, such as stay-at-home orders, were even implemented, and mobility fell in comparable amounts in US counties without stay-at-home measures compared to those with.

“So perhaps focusing on interventions to reduce social interactions in ‘compulsory’, not ‘voluntary’, settings appears to have been the most effective strategy to mitigate early Covid-19 mortality.”

The study was based on data from early on in the pandemic, necessary to mitigate bias in the results, so it is not possible to speculate what these relative effects might have been in the second or subsequent waves. Behavioural responses might not have been the same as they were to the initial shock of the pandemic.

The paper ‘The relative effects of nonpharmaceutical interventions on wave one Covid-19 mortality: natural experiment in 130 countries’ is available here