We sat down with Prof. George Brooke, consultant on the recent project which revealed text on the Rylands Dead Sea Scroll fragments, to discuss how the fragments came to Manchester and more.

Professor George Brooke is Rylands Professor Emeritus and one of the foremost experts on the Dead Sea Scrolls. He acted as consultant on the recent Leverhulme project which revealed text on the Rylands Dead Sea Scroll fragments. We sat down with Prof. Brooke to discuss the fragments and what this means for Dead Sea Scrolls research.

CBS: How did you first become in engaged with scrolls research?

GB: My first encounter with a Dead Sea Scroll was in 1965 when my father took me, aged 13, to see the Scrolls Exhibition at the British Museum. That exhibition also came to the Rylands Library. There were long queues down Deansgate as people waited to get in. Then as an undergraduate reading Theology at Oxford, I attended lectures on the Scrolls and eventually my postgraduate studies in California came to focus on the early Jewish biblical interpretation in the Scrolls.

CBS: When did you first come across the Rylands fragments? 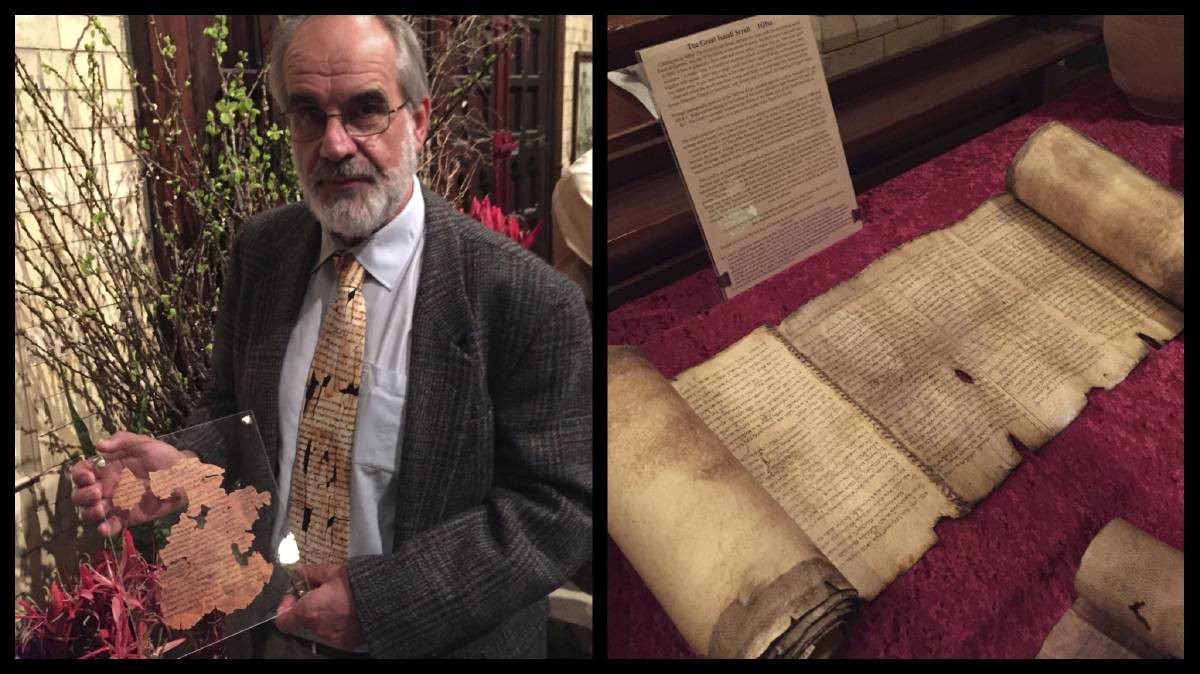 GB: I was asked in 1996 to give a popular lecture on the Scrolls and Manchester's part in their study to alumni visiting the campus for a long weekend. Knowing that my audience was full of Manchester graduates I asked at the end if anybody had any stories about the Dead Sea Scrolls and Manchester lecturers of the 1950s and 1960s. To my astonishment, one lady came to me at the end of the session and said her mother had some Dead Sea Scrolls in her attic! It turned out she was the daughter of the late Ronald Reed, one of the world's most eminent leather experts of the post-war period and a lecturer at Leeds University. He had been asked by the Jordanian Department of Antiquities to carry out a physical and chemical analysis of some small fragments, to see what could be learnt. Some of those fragments were passed to him by John Allegro, a Manchester lecturer and member of the international team set up by the Jordanians to edit many of the Dead Sea Scrolls. Ronald Reed, his wife and daughter were/are all University of Manchester graduates.

CBS: How did you manage to get the fragments to Manchester?

GB: Scholars had long thought that the small, apparently uninscribed pieces which Ronald Reed had received had been destroyed as they had been analysed - some were. However, when he retired from Leeds University, Ronald had taken much of his teaching and research material home and stored it away. Some time after his death, his widow was sorting through various things and came across the fragments. It was entirely coincidental that my alumni lecture occurred at the right time and had the right person in the audience. After much careful discussion, Mrs Reed agreed that the fragments should be transferred to the Rylands Library to be with other archival items relating to the Dead Sea Scrolls.

CBS: What was the original interest of fragments thought to be blank?

GB: The small fragments had been sent to Ronald Reed chiefly to see whether he could confirm the date of the Scrolls through greatly enlarged images of the collagen chains in the animal skin. He was able to confirm that, in his opinion, the deterioration of the collagen chains suggested an age of approximately 2,000 years. The chemical analysis of the fragments produced results that confirmed in some cases the presence of some tannins as well as mineral deposits.

CBS: How did your involvement in the recent Leverhulme project come about?

GB: Having been involved in the accession of the fragments by the Rylands Library, I had worked subsequently with a team led by Dr Ira Rabin from Berlin in reconsidering the physical and chemical analysis of the fragments. The Leverhulme International Network asked me to join them as a consultant to assist in the interpretation and dissemination of the results of the multi-spectral imaging of the fragments. The Network's Principal Investigator, Professor Joan Taylor (KCL) is currently in New Zealand, so the Network was looking to engage with someone local to Manchester with knowledge of the fragments.

CBS: From your point of view, why are the findings so significant?

GB: The discovery through MSI that at least four Rylands fragments preserve a few words or letters has come as a surprise. The finding is chiefly significant because it warns scholars that it is worth applying every technique to these ancient fragments to learn as much as possible about them. The contents of ​the letters and words are possibly not that significant in themselves unless they can be linked to existing manuscripts in some way. If that might be the case, then they will fill out what is already known in helpful ways.

CBS: Why is verifying fragments like these and having an attested provenance so key? 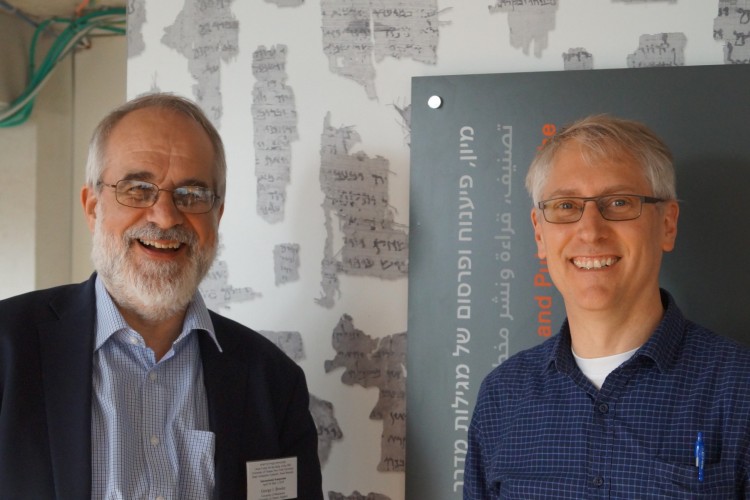 GB: The 1970 UNESCO Convention on the Means of Prohibiting and Preventing the Illicit Import and Export and Transfer of Ownership of Cultural Property led the way in changing the attitude towards archaeological artefacts of all times and places. Since then all involved with cultural artefacts have adopted various codes of conduct. Of great importance is the ability to show that an artefact has a demonstrable provenance. This enables secure decisions on ownership, inhibits the abuse of the antiquities trade, and is a major step in stopping fraudulent activity. Especially since 2002, several "Scroll" fragments that have come on the market have been shown to be forgeries.

CBS: What are the next steps? Are there other scroll fragments that you’d especially like to see this technology used to explore?

GB: The announcement that MSI has revealed writing on some of the Rylands Library fragments is just one example of what is taking place. The Israel Antiquities Authority has begun to work on similar "unpromising" fragments from Cave 11 with very worthwhile results. As research funding allows, so our knowledge of these ancient manuscripts will increase and international cooperation, already a fundamental part of Dead Sea Scrolls research, will allow a more complete picture to emerge of one of the greatest archaeological discoveries of the 20th Century.