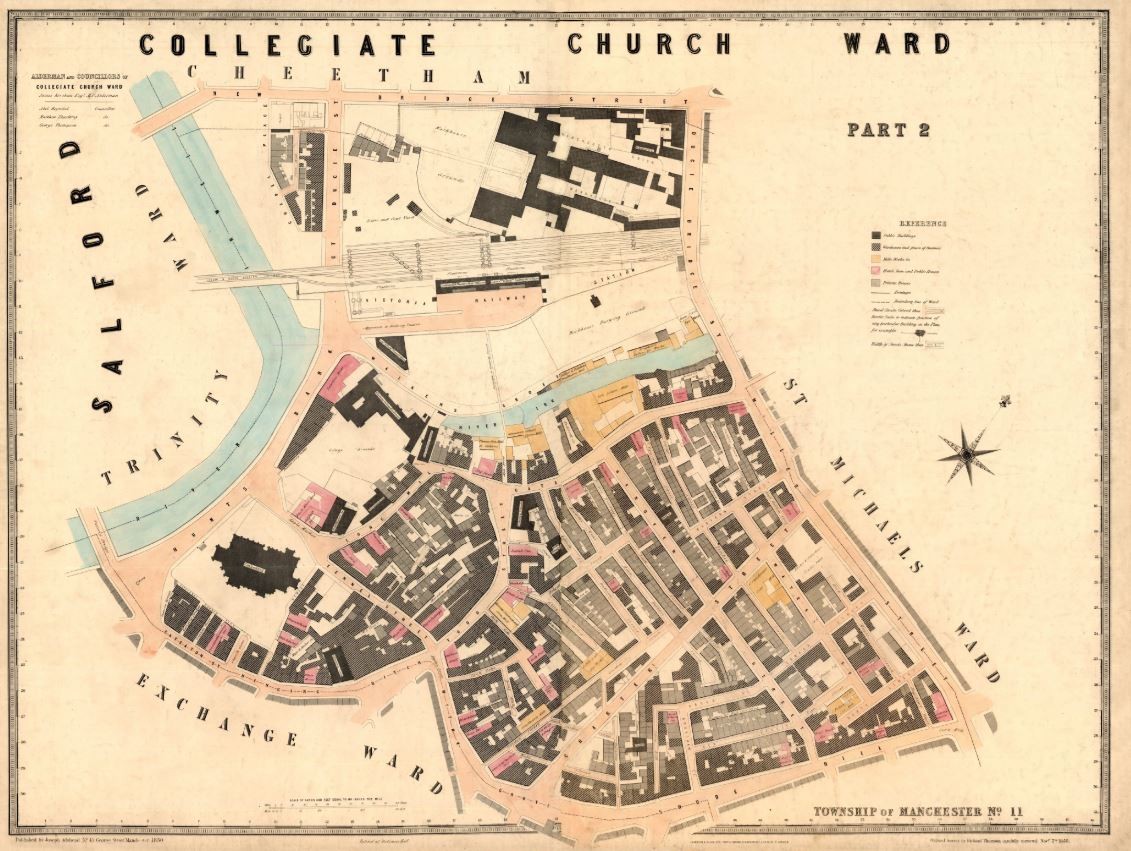 Researchers from The University of Manchester and Manchester Metropolitan University have launched a fascinating new book which uses maps and plans to outline the history of one the world's most iconic cities.

Manchester – Mapping the City features more than 100 maps, land surveys, engineering plans and birds-eye views, which chart the dramatic growth and transformation of Manchester as it grew rich on its cotton trade from the late 18th century, experienced periods of boom and bust through the Victorian period, and began its post-industrial transformation in the 20th century.

The canal and railway revolutions, the Peterloo Massacre, cholera epidemics, Trafford Park industrial estate, the Ship Canal, Belle Vue pleasure gardens, Wythenshawe garden city, Coronation Street, football grounds, the 1996 IRA bomb and MediaCity are just some of the subjects documented and explored in large, full-colour maps and plans, many of which are published for the first time.

Mapping the City also features perhaps the most exquisite and certainly one of the most detailed maps of Manchester ever created. Adshead’s Twenty four illustrated maps of the Township of Manchester was a flawed masterpiece, and because of the publication of the Ordnance Survey’s large-scale plan of the city, it was a commercial and practical failure when published in 1851.

Today it is a rare artefact - few original copies survive – and an important record of Victorian Manchester. It maps the city at an incredible scale of 80 inches to the mile, providing unprecedented detail of its streets, public and commercial buildings and transport links. It is also one of best records of the range of manufacturing industry and the profusion of pubs in different parts of the city in the middle of the nineteenth century.

Many of the other maps in the book come from the working records of Manchester City Council, and deeds and documents relating to land ownership. Countless thousands of plans, charts and diagrams have been generated over the decades concerning the management of the city and the remaking of its streets and buildings. Some examples in the book include original 1750s deeds held in Chetham’s Library relating to land in the Shudehill area, and a technical planning map from 1960 showing where parking meters were to be introduced in the city centre.

Local historians have paid far less attention to the maps of Manchester than they should. Maps can throw new light on many aspects of history, and I hope the selection that we have included in this book will encourage others to explore the city’s cartographic history.

“There is an astonishingly rich array of maps and plans of Manchester in local libraries and archives, many of which have never been reproduced before,” said Brian Robson, Emeritus Professor at The University of Manchester, who has conducted influential research on city planning and regeneration, and has a long-term fascination with urban maps. “I am sure that readers of the book will find the variety and detail of the maps a fascinating way of looking at the history of the city and its region.” 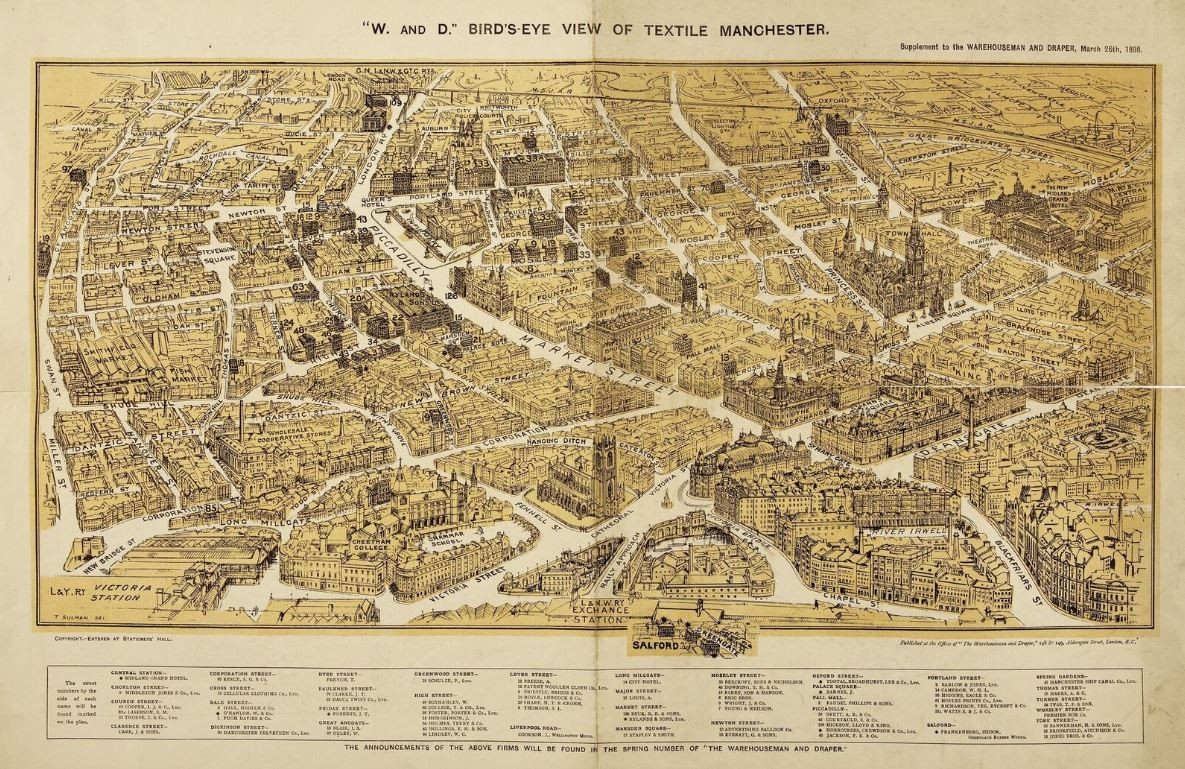 “My favourite map is the bird’s eye view of Textile Manchester, as it illustrates how important commerce was by end of the 19th Century,” said co-author Martin Dodge, Senior Lecturer in Human Geography at The University of Manchester, who has done research into the cartography of Manchester and its wider region, and whose work includes a widely-praised 2009 exhibition of Manchester maps at John Rylands Library.

“The city was making most of its money from the selling and marketing of cotton products - by then, the manufacturing had moved out to surrounding towns like Oldham and Bury. The map shows how many large cotton warehouses there were, and that these often elaborate show rooms occupied key locations at the heart of the city."

For more information about the book, visit www.mappingmanchester.org.