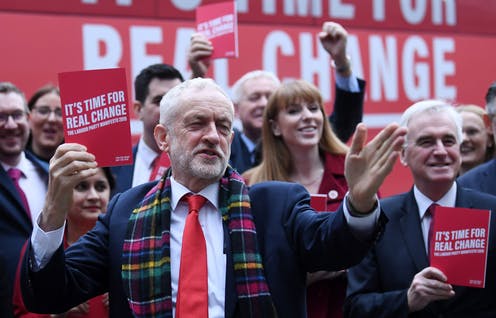 The Labour Party’s manifesto for the 2019 general election lays out a plan for transforming British society and the economy to address climate change. The “green industrial revolution” calls for massive investment in renewable energy and low-carbon infrastructure, sweeping changes to how public transport services are owned and operated and an overhaul of agriculture subsidies to prioritise conservation and habitat restoration. Academic experts give their verdict on the proposals.

Labour has committed to investing £400 billion across the UK in energy generation, energy efficiency, transport and the natural environment. The party has promised to ensure local people have a say in where funding should go.

Of all the spending commitments the most expensive, and yet the one that makes the most sense, is the commitment to retrofit the UK’s 27 million homes to a high energy efficiency standard. This national programme might take up to £200 billion to complete, but with 70% of British houses poorly insulated, the economic benefits are massive. People in these homes waste over £400 on gas every year while losing much of that heat through leaky walls. Retrofitting homes would employ hundreds of thousands of people across the UK. The resulting health benefits of warmer homes could save the NHS billions. 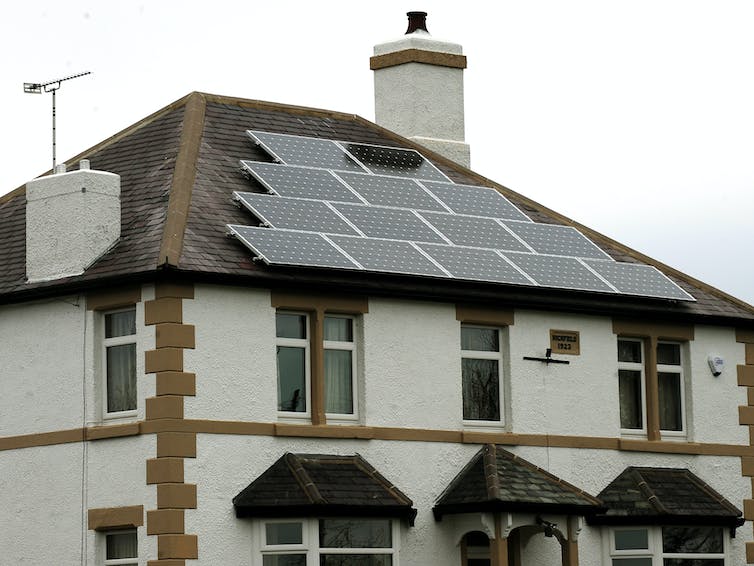 Labour also committed to a huge expansion of renewable energy. Anyone who lives in my region, Hull and East Yorkshire, knows someone who works on the wind farms. Rebuilding the electricity sector around renewables offers a huge jobs boost and ensures clean and affordable energy for the long term.

I’m not convinced Labour needs to nationalise “the big six” energy companies to deliver its investment programme – it could end up taking on a lot of market risk as the UK’s energy demand and consumption patterns change. But the point of the nationalisation is noble: to protect the jobs of workers in those companies and to put an end to unfair market practices, such as overcharging already fuel-poor households.

Bold plans indeed, and there are inevitable risks to public finances. That said, as the manifesto claims, the cost of doing nothing is far higher. 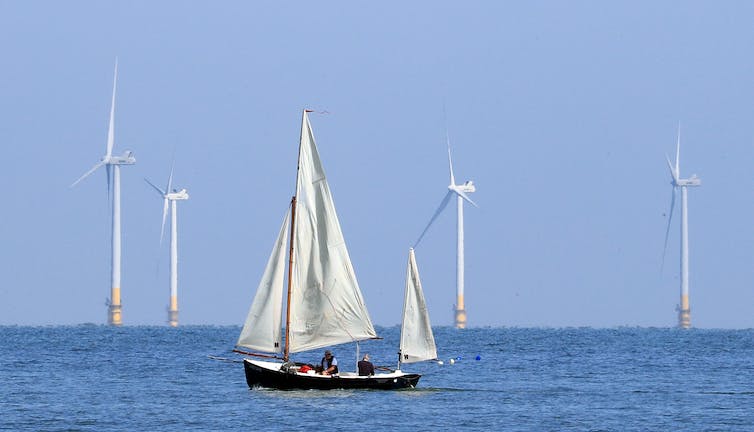 Path to net zero carbon emissions in the 2030s

Labour’s autumn conference passed a motion agreeing to “work towards a path to net zero carbon emissions by 2030”. It never amounted to a firm, legally binding commitment, but the manifesto version of Labour’s pledge on decarbonisation has certainly been watered down. Labour will now:

develop the recommendations of our “30 by 2030” report to put the UK on track for a net zero carbon energy system within the 2030s – and go faster if credible pathways can be found. We will deliver nearly 90% of electricity and 50% of heat from renewable and low-carbon sources by 2030.

Two things matter here. First, the new 2030 pledge limits its commitment to the energy system – but there are plenty of carbon emissions outside of that. Transport and agriculture would not be included in Labour’s new pledge, which collectively accounted for 28% of the country’s emissions in 2018. 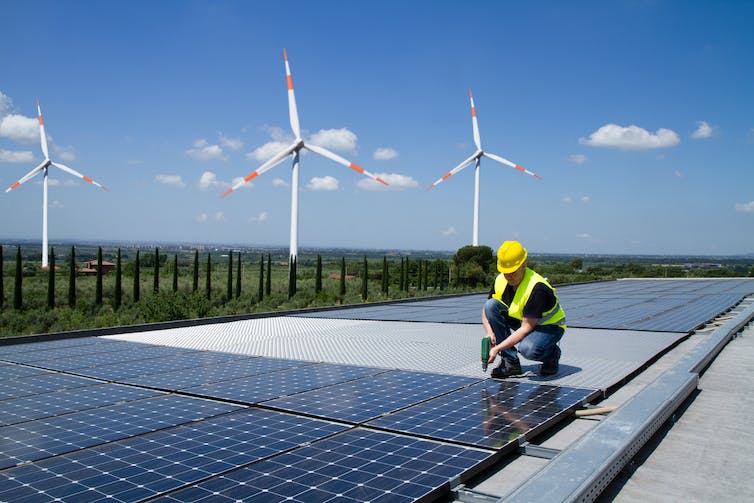 Unions are at the forefront of Labour’s vision for decarbonisation. Franco lucato/Shutterstock

Second, Labour isn’t even aiming for the energy sector to hit net zero by 2030. That could now come as late as 2039. Labour’s decarbonisation targets are still more ambitious than the other major parties. But in many ways, these longer-term goals are not what we should judge the party on. Debating net zero dates misses the fundamental point that the transition to a zero carbon society desperately needs kick-starting with strong policy action in the next five years.

There are promising announcements – including a windfall tax on oil companies to cover the costs of knowingly damaging the climate. Its recent “30 by 2030” report goes into greater depth, listing urgent actions to achieve the party’s long-term aims and acknowledging the need for immediate implementation.

Trade unions persuaded Labour to soften its pledge – an unsurprising move to anyone who has been following their influence in recent decades. But without the support of industry, the promises of Labour – and any other party – are empty. Union backing for what are still ambitious plans may make the difference in translating them into reality.

If sustainable transport is the aim, buses are rightly Labour’s priority. Buses are Britain’s most used form of public transport, providing 59% of all public transport trips – that’s 4.8 billion journeys a year. Yet bus services have been choked by service and funding cuts.

Over 3,000 bus services have been cut since 2010 and local government bus funding has halved. Labour promises to reverse the bus cuts, invest in local transport and give free bus passes to people under 25. This is important. Good, reliable and frequent bus services will be crucial for any sustainable transport system.

Labour would give local government the power to strategically manage the bus network and run their own services, undoing legislation that currently obstructs and bans this. There are successful examples of both. London has a regulated bus market that has allowed for strategically planned, managed and integrated services. Reading and Nottingham are examples of successful municipal bus companies. 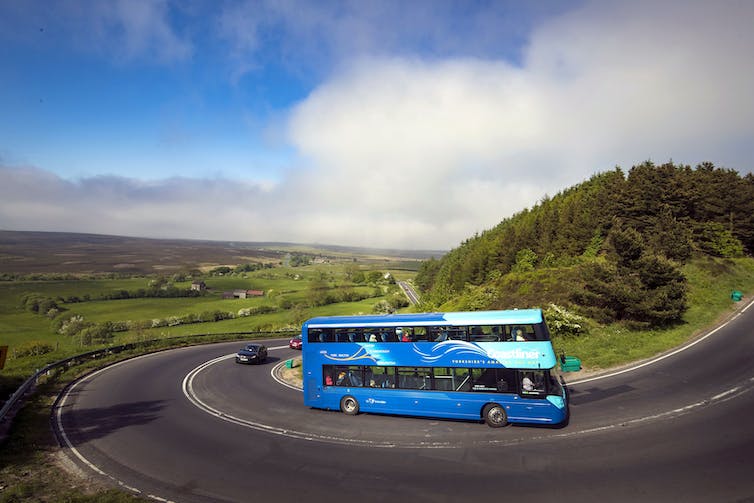 Labour also vows to bring rail into integrated public ownership. Today, Britain’s railways are a confusing part public, part private patchwork, with track managed by government and services run by numerous private companies. Rather than compensate these rail operators by ending their contracts early, Labour would take the cheapest route by not renewing them.

New rail links would also be built, such as a Crossrail for the North and the High Speed 2 (HS2) railway to Scotland, which is currently only committed to running from London to Birmingham. New railways for fast services free up capacity on the “old” railways for more frequent and reliable local services. Improving rail links – particularly local links – is key to encouraging people out of their cars.

Labour understands that to compete with the car, public transport needs to be improved. But the manifesto falls short of committing to directly discourage driving, such as congestion pricing, motorway tolling or banning new road building. Perhaps this is politically wise. Talk of curbing car use is rarely popular. 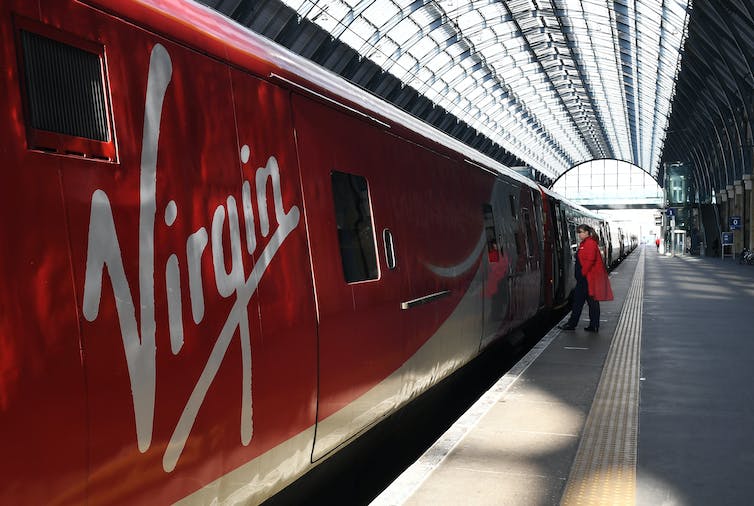 Rail networks could be renationalised under a Labour government. EPA-EFE/ANDY RAIN

Money for wildlife and a crackdown on cruelty

Labour is promising legally binding targets for restoring habitats and biodiversity. After a decade in which central government funding for nature conservation has fallen by over 40%, the prospect of a £250 billion green transformation fund is very positive.

Restoring ecosystems will entail land reform, and the manifesto suggested repurposing agricultural funding to support habitat recovery and sustainable food production. Labour alludes to the green belt being “threatened by development” but remains quiet on how its approach would differ. A new “environmental tribunal” to ensure decisions are consistent with environmental obligations could quickly become bogged down in ambiguities.

The UK’s wildlife may be in trouble, but government agencies, NGOs and even enthusiastic citizens are very good at managing local conservation efforts. Trying to marry their collective expertise with the central plans, funds and tribunals could get messy. 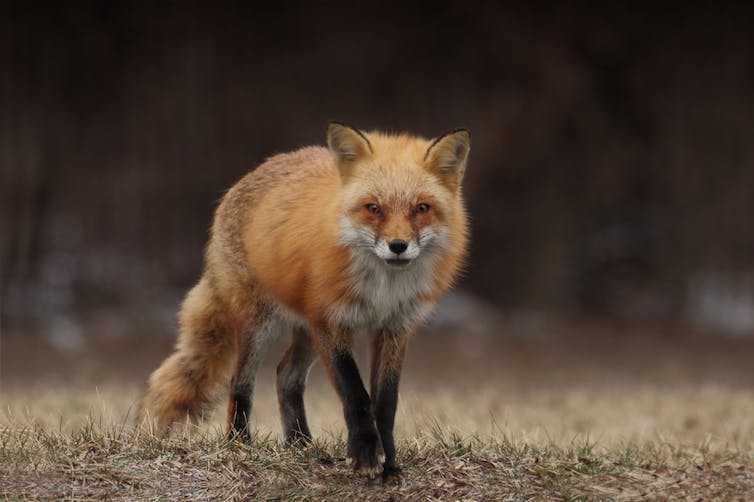 But the fact that Britain’s wildlife is addressed in the first few pages of the manifesto shows how seriously political parties are now taking the ecological crisis. Turning the big ideas into reality will be the challenge.

Rather simpler is the list of things that Labour promises to ban or crack down on – fox hunting, badger culling and pet monkeys. Politicians underestimate the animal vote, as Theresa May found to her cost. Labour appears unlikely to make the same mistake.