Ancient Egypt fever has barely cooled in Western civilisation since the first major excavations European excavations in Egypt after the Napoleonic conquest of the country in 1798, and a new book written by University of Manchester Egyptology Lecturer Dr Nicky Nielsen seeks to explore our obsession with this ancient world and bust some myths along the way. 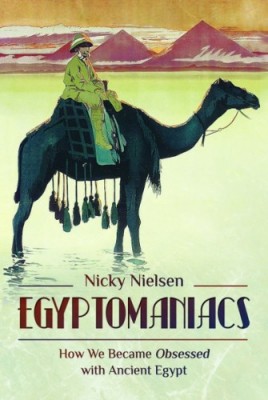 Egyptomaniacs dives into popular perspectives on the mystical culture of ancient Egypt and its obsession with death, funerals, mummification and grand tomb-building, and examines some of the most common misconceptions people hold about this civilisation and its centuries of legendary dynasties of Pharaohs.

“Ancient Egypt remains a source of perpetual fascination for people all across the world," Neilsen explained. "Very few ancient civilisations can claim to have inspired such wide-ranging trends in fashion, architecture, music, movies and literature. But there is also a lot of misconceptions and very unfortunate colonial and downright racist attitudes that have underpinned Western fascination with Pharaonic Egypt and in Egyptomaniacs, I’ve tried my best to address and dispel some of these.”

Egyptomaniacs is published by Pen & Sword History and is available to buy.