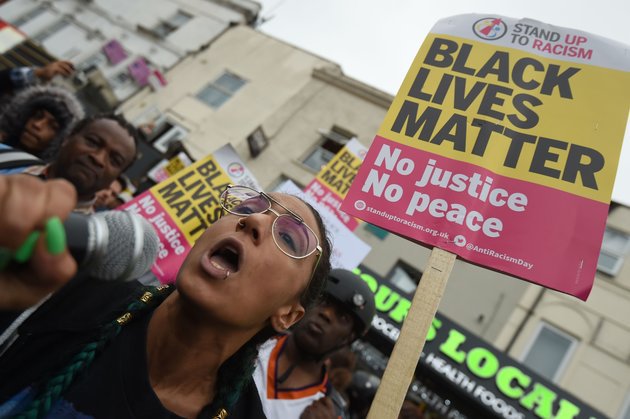 A major new study has found that systemic and persistent racial inequalities in employment, health, housing and education, continue to blight the lives of ethnic minority people in the UK – and worryingly, this puts them at greater risk from the impacts of the Covid19 crisis.

The study, which was undertaken by researchers from The University of Manchester’s Centre on Dynamics of Ethnicity (CoDE) and the Runnymede Trust, found that:

• Ethnic inequalities in health outcomes, experiences of health care and employment in the NHS are substantial and have not changed over time.
• Disparities in educational outcomes show persistent disadvantage for Black Caribbean, Pakistani and Gypsy and Irish traveller groups, including significantly higher levels of permanent exclusion for Black and Gypsy and Irish traveller groups.
• Ethnic minority groups are disproportionately represented in the youth criminal justice system and in prison. Stop and search powers continue to be used disproportionately against ethnic minority groups – with black groups facing the highest rates.
• There is a sustained ethnic penalty in earnings suffered by Bangladeshi, Black and Pakistani groups. Discrimination in the paid labour market has, in part, led to high rates of self-employment for ethnic minority people.
• Recent immigration policies, including the ‘hostile’ or ‘compliant’ environment, have produced acts of discrimination and racism against ethnic minority groups as well as the injustices highlighted by the ‘Windrush scandal’.

The persistent and systemic racial inequalities that the report highlights, are likely to worsen as a result of Covid19, in areas including employment, health and housing, for example ethnic minorities are already more likely to be in low-paid, insecure work, more likely to suffer ill-health and more likely to live in overcrowded conditions, even before the outbreak.

There are concerns that the government’s Covid-19 response will not address these inequalities, and that new emergency measures will actually worsen them, including increased state powers and reduction in people’s rights.

1) The National Health Service to establish targets to reduce health inequalities and improve health outcomes for ethnic minority people. There should be clear action plans to achieve these targets.
2) The government to institute a formal review into race and the youth criminal justice system, including the additional powers granted to the police by the Corona Virus Act 2020.
3) The government to adopt a race equality strategy across all public policy areas. This strategy should be led by a senior minister who regularly attends and reports directly to the Cabinet.
4) The scrapping of ‘hostile environment’ immigration policies, including the monitoring of the right to work by private individuals and non-immigration specialist organisations, such as landlords, General Practitioners and teachers.
5) Employers with over 50 employees to monitor all hiring, promotion, disciplinary and pay decisions by ethnicity.
6) A government action plan to be initiated to tackle longstanding and persistent ethnic inequalities in education, particularly for Black Caribbean and Gypsy, Roma and Traveller children.

“Britain is more ethnically, racially and religiously diverse than ever, yet despite increasingly complex patterns of inequalities between and within ethnic groups, racial and ethnic inequalities remain entrenched features of all areas of social and economic life. Having a clear understanding of the data and processes behind such inequalities is essential if we are to develop and enact policies to address them.”

Professor Bridget Byrne, Director of the University’s Centre on the Dynamics of Ethnicity (CoDE)
„
Follow me on Twitter (opens in new window)

“Over 50 years after race relations legislation was passed, ethnic minorities in Britain continue to experience extensive inequalities in areas such as education, employment, housing and health,” said Dr Omar Khan, Director of the Runnymede Trust. “Even before Covid-19 there was too little action to tackle these inequalities, while there are now concerns that the pandemic and Britain’s response to it will instead worsen historic and systemic racial inequalities.”

“This comprehensive evidence-based report offers dozens of meaningful policy recommendations, including the need for a race equality strategy across government, something that is even more important in the context of Covid-19.”