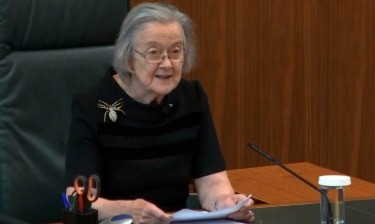 Lady Hale, first female President of the UK Supreme Court and lecturer at The University of Manchester Law School between 1966 and 1984, yesterday handed down the judgement in a landmark case brought against the Prime Minister for his decision to prorogue parliament during Brexit talks.

In the case R v The Prime Minister, all 11 judges came to a unanimous conclusion that the decision to advise Her Majesty the Queen to prorogue parliament was unlawful because it had the effect of frustrating or preventing the ability of Parliament to carry out its constitutional functions without reasonable justification.

This judgement means that immediate steps can be taken to recall parliament. Boris Johnson said he ‘profoundly disagreed’ with the ruling but would respect it.

Opposition parties and critics called the original decision to prorogue parliament unconstitutional, claiming that Johnson was trying to stop MPs from scrutinising his controversial Brexit plans and that the suspension was far longer than necessary.

Lady Hale graduated top of her class from Cambridge University, after which she was appointed as an assistant law lecturer at the then Victoria University of Manchester whilst studying for her bar finals.

Achieving top results in her bar exams, she was called to the bar in 1969.

Lady Hale ended up staying at The University of Manchester as a Professor of Law for 18 years between 1966 and 1984.

She has been outspoken about sexism and a lack of diversity in the legal sector throughout her career, becoming the second woman to be appointed to the Court of Appeal and the first female Lord of Appeal in Ordinary in 2004.

Lady Hale has retained close ties with the Law School, returning in 2018 to give our prestigious Pankhurst Lecture, which celebrates our notable alumna Christabel Pankhurst.

She also met with a group of law students for afternoon tea during her 2018 visit, keen to hear about their experiences of studying law today.