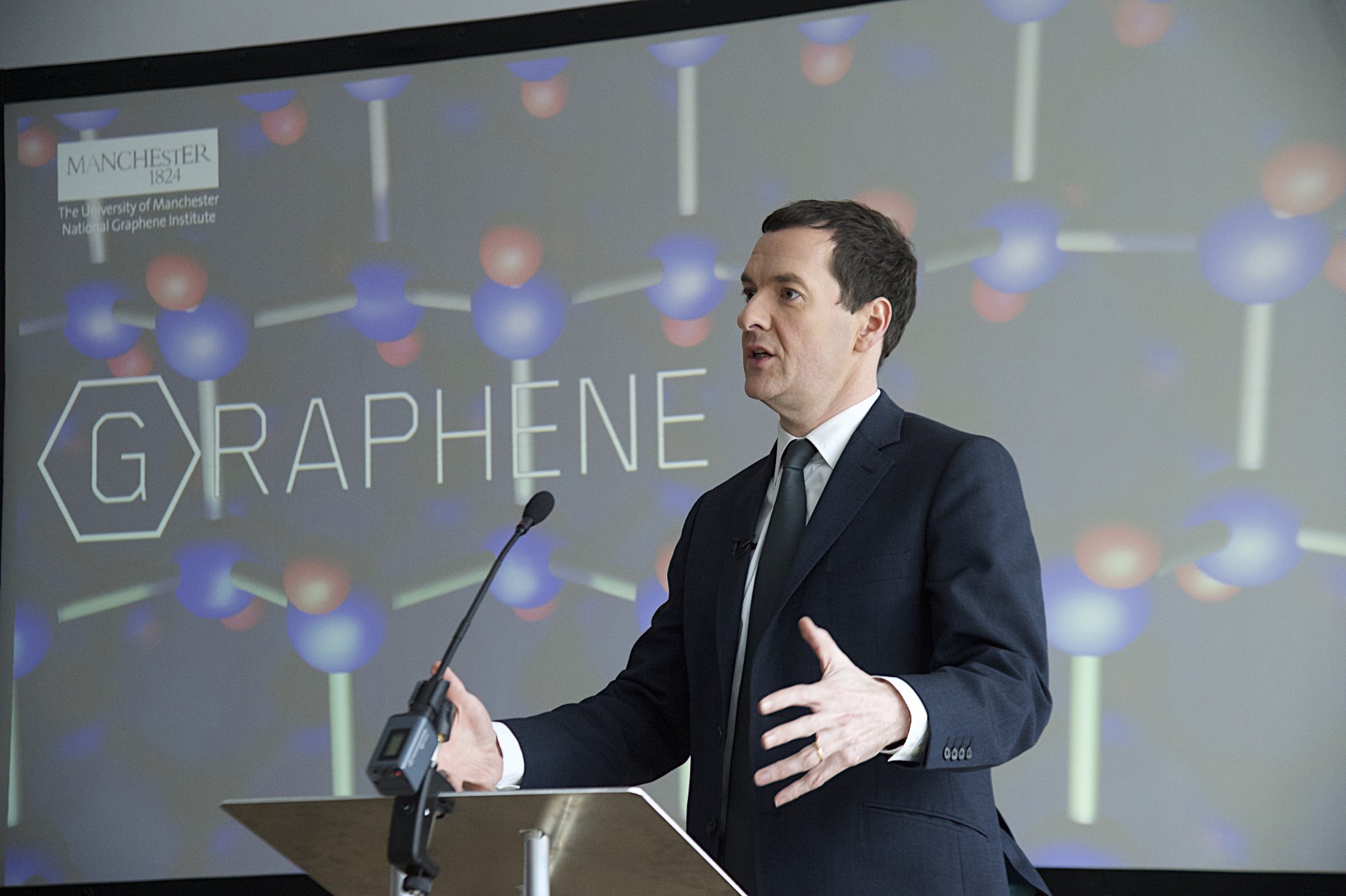 The University of Manchester has appointed chairman of the Northern Powerhouse Partnership and former Chancellor of the Exchequer, George Osborne, as Honorary Professor of Economics.

As Chancellor of the Exchequer, Mr Osborne was very supportive of Greater Manchester and the University, particularly in supporting the National Graphene Institute and Henry Royce Institute as important scientific centres for translating cutting-edge discovery into economic growth.

This support formed part of the concept of the Northern Powerhouse which he developed to help city regions across the North of England work together to deliver better connectivity and increased productivity.

Since leaving government, Mr Osborne has remained committed to this idea as chair of the Northern Powerhouse Partnership, the membership of which includes the University’s President and Vice-Chancellor, Professor Dame Nancy Rothwell.

This business-led body was launched in September 2016 and is formed of leaders from businesses, civic society and other groups devoted to increasing the contribution to the UK economy from the North. It produces original research, encourages innovative thinking and hosts thought-provoking events in order to develop new policy ideas to influence government. 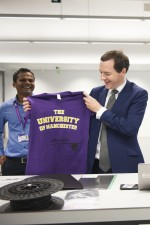 I am bowled over by this honour.  The University of Manchester was at the centre of so many things I tried to achieve as Chancellor, from the promotion of new science to the building of the links between this country and countries like China. It is also one of the jewels in the crown of the Northern Powerhouse

His commitment to the North will be extended in his new role as an honorary professor as he advises University leaders on how Manchester can play an even greater part in the Northern Powerhouse agenda. He will be sharing his knowledge with staff and students by giving lectures, masterclasses and conducting informal visits, and he has indicated his strong interest in continuing to support graphene and related research and applications.

He said: “I am bowled over by this honour. The University of Manchester was at the centre of so many things I tried to achieve as Chancellor, from the promotion of new science to the building of the links between this country and countries like China. It is also one of the jewels in the crown of the Northern Powerhouse.

“I remain completely committed to that idea that together the different communities in the North can work together so that the whole is greater than the parts - and I believe more strongly than I ever did that the entire county, including our capital, would benefit from a stronger North. That's why I remain closely involved as chair of the Northern Powerhouse Partnership - and look forward to playing a part in the life of The University of Manchester.”

Mr Osborne joins other visiting professors at the University, including Lord Jim O’Neill of Gatley and Sir Howard Bernstein, who are able to share unparalleled experience of economics, and local and national government to bring perspective on how these factors are influencing the development of the Northern Powerhouse project.

Professor Dame Nancy Rothwell, President and Vice-Chancellor of The University of Manchester said: “George’s decision to accept our offer of an honorary professorship is very exciting news for the University. He has been a leader at the top level of UK and world economic policy for many years and showed the vision to recognise the enormous economic and scientific potential of graphene to the UK.

“Our students and staff will benefit from all of this experience and he will be invaluable in helping the University to support the growth of our city and region.”

Mr Osborne will take up the unpaid role in July 2017.