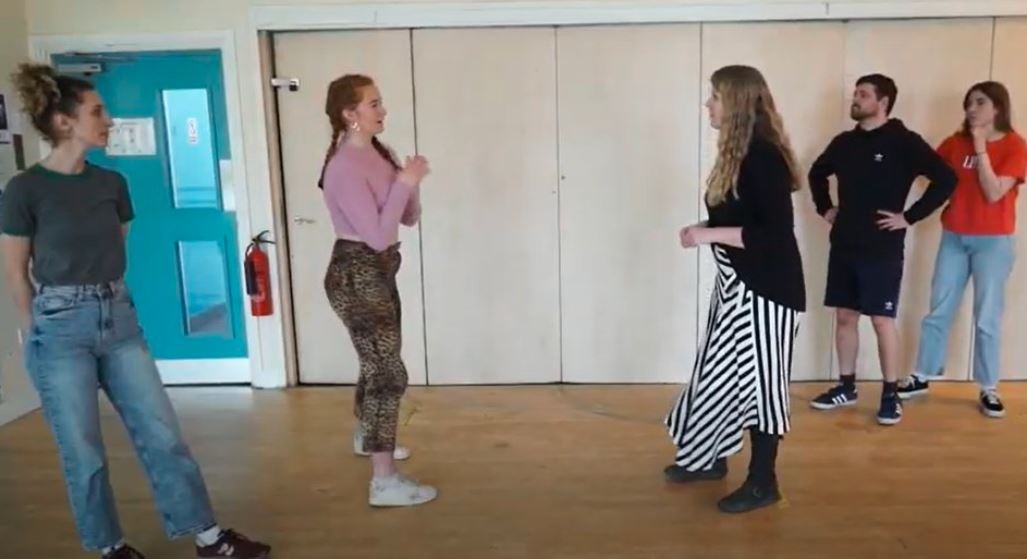 The University of Manchester has teamed up with Greater Manchester Police (GMP) to fund a series of thought-provoking interactive theatre performances and workshops led by Manchester-based charity, Odd Arts, which engage with students to challenge and explore issues of consent and sexual assaults.

The workshops aim to encourage students to consider when and how they can intervene when they experience incidents of sexual misconduct within their own lives and educate them on issues of consent, by having actors perform a series of hard-hitting and sometimes uncomfortable scenarios and giving the audience the chance to stop the performance to discuss how they would react in the situation.

The initiative is part of an ongoing commitment to tackle incidents of sexual assaults and rape, by increasing confidence in reporting and providing victims' appropriate support from specially trained police officers, as well as raising awareness of what constitutes rape and sexual assault.

GMP work closely with partners such as St Mary’s Sexual Assault Referral Centre, Survivors Manchester and the Crown Prosecution Service to improve the rates of conviction across Greater Manchester so that offenders of this abhorrent crime are held to account.

GMP has partnered with The University to part fund the workshops, using money from an initiative that aims to facilitate evidence-based practice and problem solving within policing. It is hoped that the workshops give students the confidence and the knowledge to call out inappropriate behaviour in a safe way, by raising awareness on the 'grey area' of consent which can affect students across university campuses.

GMP's Chief Superintendent, Paul Savill, said: "Sexual assaults are a horrendous crime, which can have enormous physical, emotional and psychological impact on victims. GMP continues to work hard to ensure that victims have more confidence coming forward, by responding appropriately to each report and that, working alongside our partners, victims are supported throughout the criminal justice process.

"However as a force, we are also focussed on decreasing rates of offending and ensuring everyone feels safe in Greater Manchester, through educating on the issue of consent. These interactive theatre performances and workshops do just that, and give the students of Greater Manchester the knowledge and understanding they need to challenge safely and know what support is available to them.

"We have partnered with the University of Manchester on this important initiative, because we want to send a clear message to our student population and sexual assault victims - we are dedicated to tackling sexual assaults and are here to support victims. If you or someone you know has been raped or sexually assaulted, we encourage you not to suffer in silence and report it to the police, or a support agency so you can get the help and support available."

This is an important new way in which we can engage students in these issues and empower them to call out and report inappropriate behaviour. All students have a right to a safe experience on campus, and support is there for anyone who needs it.

Meg Fenwick, of Odd Arts, said: "What theatre allows is the opportunity to experience something as if it were happening. When working with trauma and learning to become an active bystander, to somatically experience the intervention creates an imprint on the body and mind. This means we are more able to step in and challenge negative behaviour.

"Friends and family are likely the first place a victim will turn for help. The 'Grey Area' theatre piece gives students the chance to rehearse how they might respond to best support the victim of sexual assault."