MA student, Hatty Ruddick, discusses her activism and work with the Students Union that has led to two awards and an NUS election.

During the University of Manchester Student Union awards Humanitarian and Conflict Response MA student, Hatty Ruddick, swept up two awards – Campaigner of the Year, and Most Persuasive Campaigner of the year. In the same week, Hatty was elected to the National Union of Students (NUS) National Scrutiny Council in the coming year.

Can you tell us about your recent volunteer awards and roles at the University? 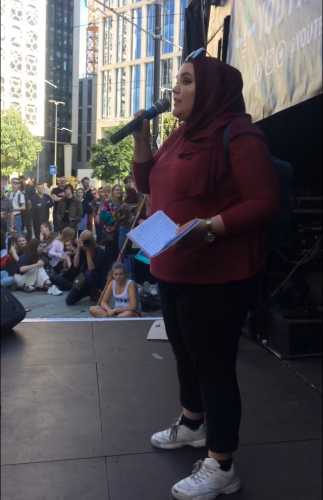 dent accommodation, and the Campaigner of the Year award was related to my role as part-time Womens' Officer at the Student Union. This year, I've worked on climate activism and climate justice, the safety of Muslim women in student accommodation, housing rights, and bits around reproductive justice.

I've also just been elected to the NUS National Scrutiny Council. So next year, I'm going to be on a board of twenty students' that holds our NUS officers to account. So, we'll look at their work, what they've been doing, hold them to account on their manifesto but also NUS policy, and we can see if they need any support in their role.

When did you first get involved in student activism?

I was vice-president of my SU when I was in college. When I did my undergraduate at the University of Salford, I got quite involved in the students union as a student trustee on the school board. I was a school rep, society president, and I started getting involved in the National Union of Students (NUS).

This year, I've been the disabled students' rep for the NUS women's campaign, and the campaign's coordinator for the Student for Trees committee. NUS has a sister organisation called 'students organising for sustainability,' and they have multiple projects, including the students for trees council, which get funding from the Woodland Trust. In my role, I've tried to ensure climate activism is accessible, which I've been doing at Manchester as well.

I'm also on the HCRI society committee as one of the four masters reps and involved in the Decolonise UoM project, where I've written a blog and helped the SU Liberation Officer (Sara Khan) with the launch and the setup of it. I'm on the Boycott, Divestment, and Sanctions (BDS) committee and was involved in the University and College Union (UCU) staff students' solidarity too.

Has the course helped you in any way?

I think it's been a bit of growth in terms of being an officer and doing my degree at the same time. A lot of the stuff that I campaign on I touch on in my degree anyway. For example, I'm very involved in Palestine activism, and I'm doing my dissertation on Palestine, focusing on Islam and the cause of Palestine and whether religion is a motivator for activism. I also wrote an assignment on girls and conflict. So, it's something I'm passionate about and is something I've managed to bring into what I do outside of my studies. 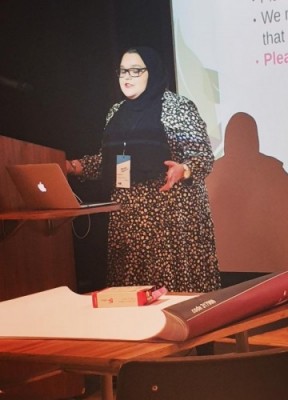 Has it been harder to get involved now things have transitioned online?

This is something that I think needed to happen in activism because, as a disabled student myself, we need to be looking at how we make things more accessible. Disabled students have been asking for something to be put online, to be done in an alternative way, for years. It shouldn't have taken a global pandemic for this to happen.

I've found it slightly easier because I've been able to pace my time a little bit more, and because I'm a commuting student and everything is on campus, it's a lot easier for me to get something done. I've had to change things quickly. For example, I was going to be doing an exhibition the week we got put into lockdown about climate change, climate justice, and how that affects women in the global south to highlight that climate justice is a race issue. We had to put that exhibition online, but it has allowed me to produce more educational resources. So, the work I've done on reproductive justice is now an educational video for students that are new to Manchester to learn about what reproductive justice is.

Yes, it has come with its challenges, and it is something we need to learn for the future, but this whole situation has allowed us to make things a lot more accessible and think about the way we do things.