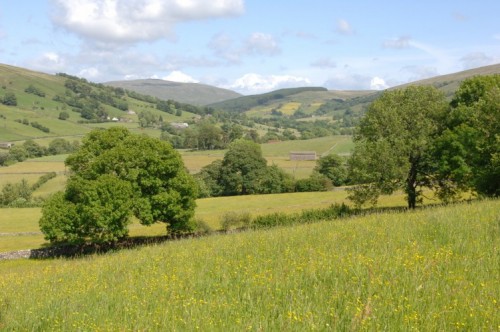 A nationwide survey by ecologists has revealed that over 2 billion US tons of carbon is stored deep under the UK’s grasslands, helping to curb climate change.

Published in the leading journal Global Change Biology, the study shows that decades of intensive grassland farming across the UK, involving high rates of fertilizer use and livestock grazing, have caused valuable soil carbon stocks to decline.

The team found that the largest soil carbon stocks to depth were beneath grasslands that have been farmed at intermediate levels of intensivity, receiving less fertilizer and with fewer grazing animals.

The team of scientists from the Universities of Manchester, Lancaster, Reading and Newcastle, as well as Rothamsted Research, carried out the nationwide survey.

They found 60 per cent of the UK’s total soil carbon stored in grasslands - which cover around a third of UK land surface - is between 30cm and 1 metres deep, and also that this deep carbon is sensitive to the way land has been farmed.

Dr Sue Ward, the lead author of the paper from Lancaster Environment Centre, said “What most surprised us was the depth at which we were still able to detect a change in soil carbon due to historic land management.

“We have long known that carbon is stored in surface soils and is sensitive to the way land is managed. But now we know that this is too is true at considerable soil depths –under our grasslands.

“This is of high relevance given the extent of land cover and large stocks of carbon held in managed grasslands worldwide.”

Our findings suggest that by managing our grasslands in a less intensive way, soil carbon storage could be important to our future global carbon targets, but will also bring benefits for biodiversity conservation

Though the effects of high intensity agriculture is strongest in surface soils, the team discovered impacts at considerable depths, where carbon was previously unmeasured

The greatest soil carbon stocks, were at intermediate levels of management, where carbon stocks were 10% higher than in intensively managed grasslands.

The team estimate grassland soil carbon in Great Britain to be 2097 teragrams of carbon to a depth of 1 m, with about 60% of the total below 30cm.

Professor Richard Bardgett from The University of Manchester led the team. He added: “These findings could impact how grasslands are managed for carbon storage and climate mitigation, as current understanding does not account for changes in soil carbon at these depths.

“Our findings suggest that by managing our grasslands in a less intensive way, soil carbon storage could be important to our future global carbon targets, but will also bring benefits for biodiversity conservation.”

The research is part of a five year research project, supported by DEFRA, aimed at managing UK grassland diversity for multiple ecosystem services, including carbon capture.

Dr Ward and Professor Bardgett are available for comment

The paper, Legacy effects of grassland management on soil 1 carbon to depth, published in Global Change Biology is available here