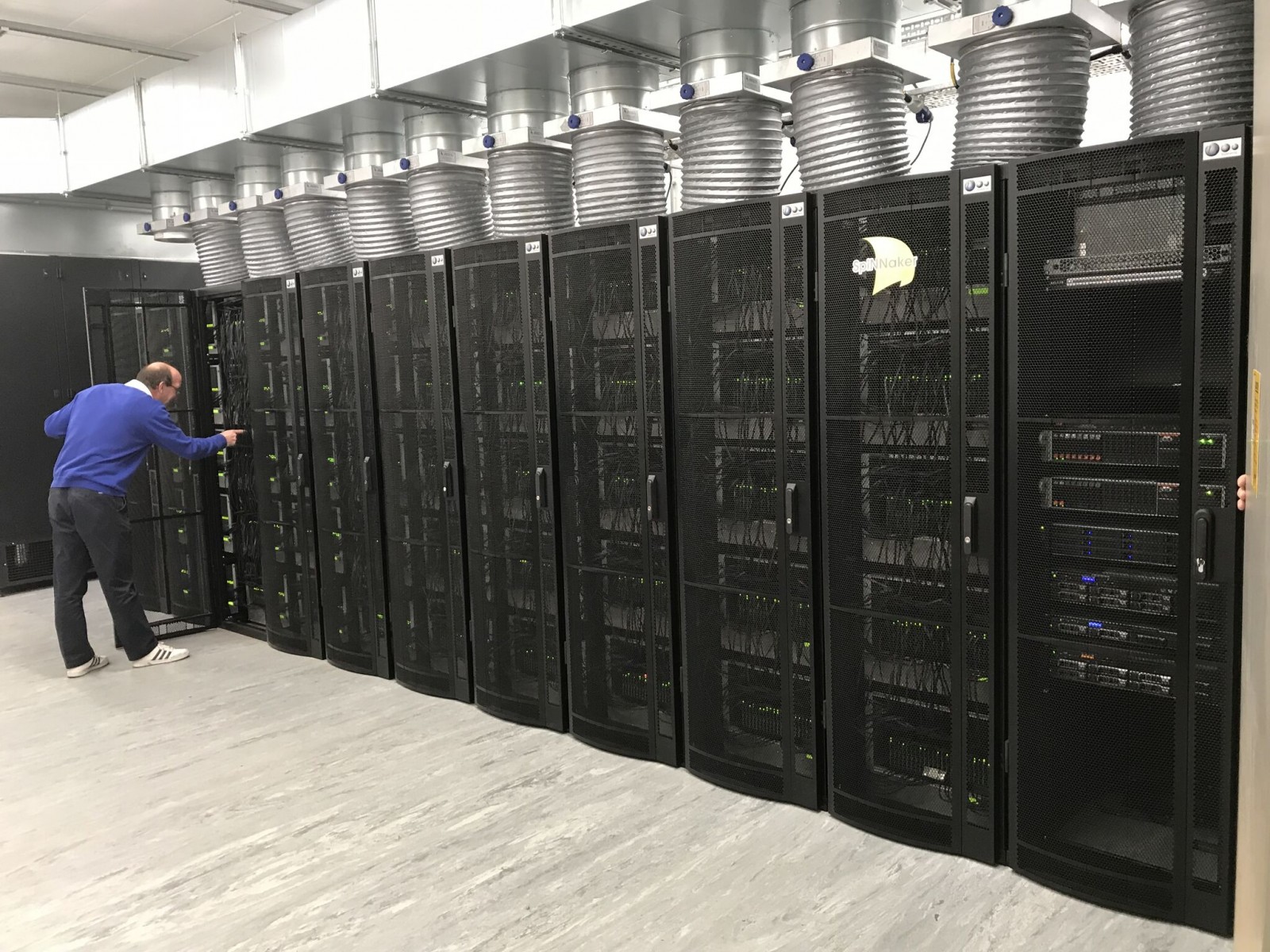 The world’s largest neuromorphic supercomputer designed and built to work in the same way a human brain does has been fitted with its landmark one-millionth processor core and is being switched on for the first time.

The newly formed million-processor-core ‘Spiking Neural Network Architecture’ or ‘SpiNNaker’ machine is capable of completing more than 200 million million actions per second, with each of its chips having 100 million transistors.

To reach this point it has taken £15million in funding, 20 years in conception and over 10 years in construction, with the initial build starting way back in 2006. The project was initially funded by the EPSRC and is now supported by the European Human Brain Project. It is being switched on for the first time on Friday, 2 November.

The SpiNNaker machine, which was designed and built in The University of Manchester’s School of Computer Science, can model more biological neurons in real time than any other machine on the planet.

SpiNNaker is unique because, unlike traditional computers, it doesn’t communicate by sending large amounts of information from point A to B via a standard network. Instead it mimics the massively parallel communication architecture of the brain, sending billions of small amounts of information simultaneously to thousands of different destinations.

Steve Furber, Professor of Computer Engineering, who conceived the initial idea for such a computer, said: “SpiNNaker completely re-thinks the way conventional computers work. We’ve essentially created a machine that works more like a brain than a traditional computer, which is extremely exciting.

“The ultimate objective for the project has always been a million cores in a single computer for real time brain modelling applications, and we have now achieved it, which is fantastic.” 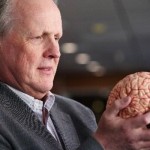 SpiNNaker completely re-thinks the way conventional computers work. We’ve essentially created a machine that works more like a brain than a traditional computer, which is extremely exciting.

Steve Furber, ICL Professor of Computer Engineering in the School of Computer Science
„
Follow me on Twitter (opens in new window)

The computer’s creators eventually aim to model up to a billion biological neurons in real time and are now a step closer. To give an idea of scale, a mouse brain consists of around 100 million neurons and the human brain is 1000 times bigger than that.

One billion neurons is 1% of the scale of the human brain, which consists of just under 100 billion brain cells, or neurons, which are all highly interconnected via approximately 1 quadrillion (that’s 1 with 15 zeros) synapses.

So, what is a million-core processor computer that mimics the way a brain works used for? One of its fundamental uses is to help neuroscientists better understand how our own brain works. It does this by running extremely large scale real-time simulations which simply aren’t possible on other machines.

For example, SpiNNaker has been used to simulate high-level real-time processing in a range of isolated brain networks. This includes an 80,000 neuron model of a segment of the cortex, the outer layer of the brain that receives and processes information from the senses.

It also has simulated a region of the brain called the Basal Ganglia - an area affected in Parkinson’s disease, meaning it has massive potential for neurological breakthroughs in science such as pharmaceutical testing.

The power of SpiNNaker has even recently been harnessed to control a robot, the SpOmnibot. This robot uses the SpiNNaker system to interpret real-time visual information and navigate towards certain objects while ignoring others.

Prof Furber added: “neuroscientists can now use SpiNNaker to help unlock some of the secrets of how the human brain works by running unprecedentedly large scale simulations. It also works as real-time neural simulator that allows roboticists to design large scale neural networks into mobile robots so they can walk, talk and move with flexibility and low power.”