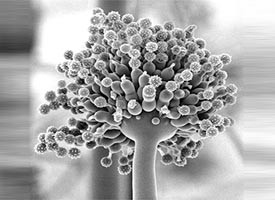 Fungal infection causes around half of AIDS-related deaths, of which there were 1,100,000 in 2015. Data analysis by Professor David Denning and published in Philosophical Transactions of the Royal Society B suggests that the opportunity to save lives is being missed.

Scenarios and projections to 2020 for the reduction of avoidable deaths were constructed based on published outcomes of the real-life impact of diagnostics and generic antifungal drugs. The Global Action Fund for Fungal Infections (GAFFI) concluded that access to rapid diagnostics and antifungals could prevent just over 1,000,000 deaths by 2020.

GAFFI analysis predicts that on the current trajectory there will be 740,000 AIDS-related deaths in 2020. GAFFI is calling for a global focus on identifying and treating fungal diseases which could reduce this figure by 42% to 426,000.

On the third anniversary of GAFFI’s inception, the Foundation established to address access to fungal diagnostics and therapy worldwide, an urgent call is being made to focus attention on preventable opportunistic infections which account for most AIDS-related mortality, with a median age of death in the mid-30s.

Professor David Denning of GAFFI and The University of Manchester comments: “Too many people die from AIDS, most of them adults in the prime of life. Our analysis shows that diagnosing and treating fungal diseases complicating HIV infection will drive down AIDS deaths in the short term.

“Action could and should be taken by donors, national and international public health agencies, non-governmental organisations and governments toward achieving the UNAIDS mortality reduction target and the recently announced 2030 Millennium Development Goals.” 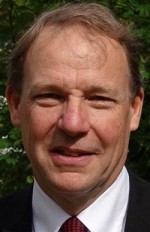 By 2020, a total of over a million lives could have been saved, helping to meet the UNAIDS mortality reduction target reducing AIDS deaths to 500,000 per year

Continued failure to focus efforts on advanced HIV infection and the 47% with fungal infections means the current UNAIDS target of fewer than 500,000 annual deaths by 2020 will almost certainly be missed - as was the aspirational target of zero AIDS deaths by 2015. Retention in care is a major factor but it is late presentation with overwhelming infection that is GAFFI’s primary concern.

Denning continues, “Our projections reveal that by improving access to just 60% of those who need it, over 300,000 lives could be saved per year.

“By 2020, a total of over a million lives could have been saved, helping to meet the UNAIDS mortality reduction target reducing AIDS deaths to 500,000 per year.”

Dr Meg Doherty, Department of HIV and Global Hepatitis Programme, World Health Organisation, says: “The HIV/AIDS epidemic is one of the greatest global health challenges. We commend GAFFI on drawing attention to undiagnosed and untreated fungal infections among people living with HIV.

“We need to do more work to better understand the contribution of fungal infections to HIV morbidity and mortality and assuring that our current recommendations on screening and treating fungal infections are implemented at country level. The identification and early treatment of HIV should be a priority to save lives.”

The opinion piece ‘Minimizing fungal disease deaths will allow the UNAIDS target of reducing annual AIDS deaths below 500 000 by 2020 to be realized’ was published in the Philosophical Transactions of the Royal Society B. DOI: 10.1098/rstb.2015.0468