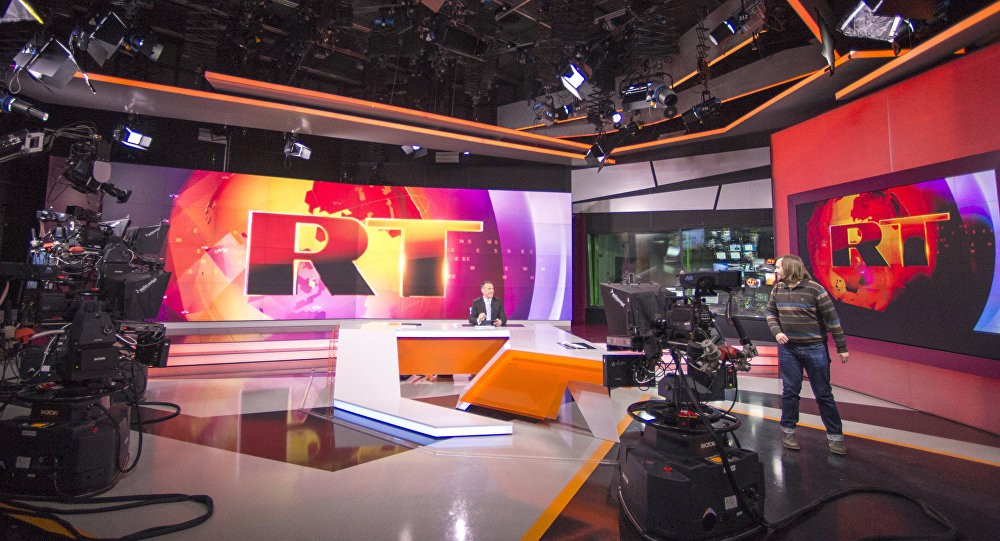 The first-ever in-depth investigation into RT - the international news network formerly known as Russia Today - has been launched by researchers at The University of Manchester and the Open University.

‘Reframing Russia for the Global Mediasphere: from Cold War to ‘information war’?’ - funded by the Arts & Humanities Research Council - will provide insights into the post-Cold War global media environment through an in-depth case study of RT.

This project seeks to challenge assumptions about one of the world’s most controversial news channels. It will investigate whether and how RT works to legitimise Russia’s foreign policy agenda, and reshape the country’s image in the West, by analysing the Kremlin-funded network’s broadcast and social media content, its multiplatform audience strategies and its institutional culture.

RT has been described by its critics as a propaganda outlet for the Russian government, and has been sanctioned multiple times by OFCOM for its misleading coverage. However, it is also garners support from those seeking an alternative to mainstream reporting in the West, and has won international awards for its coverage of the Civil War in Yemen and the struggle of the Kurds fighting Islamic State.

The project is a collaboration between researchers at The University of Manchester and the Open University. At Manchester, Professor Stephen Hutchings, Professor Vera Tolz and Dr Precious Chatterje-Doody will examine RT’s television content and how it covers news stories. At the Open University, Professor Marie Gillespie, Dr Alistair Willis and Dr Rhys Crilley will analyse RT's audiences and social media users, in order better to understand the success of its online engagement.

Supported by Administrator, Kat Lowe, the research team will make their findings available to academic, policymaking and broadcasting communities, as well as by means of public outreach activities.

This project offers an open-minded and nuanced approach to RT, its goals, content and audiences. The current polarised discourse dominating media coverage of the so-called ‘information war’ is not illuminating. Without evidence-based, robust and rigorous scholarly analysis, we cannot hope to understand RT’s appeal to its audiences, its impact on the global media and political landscape, or know how best to respond to it.