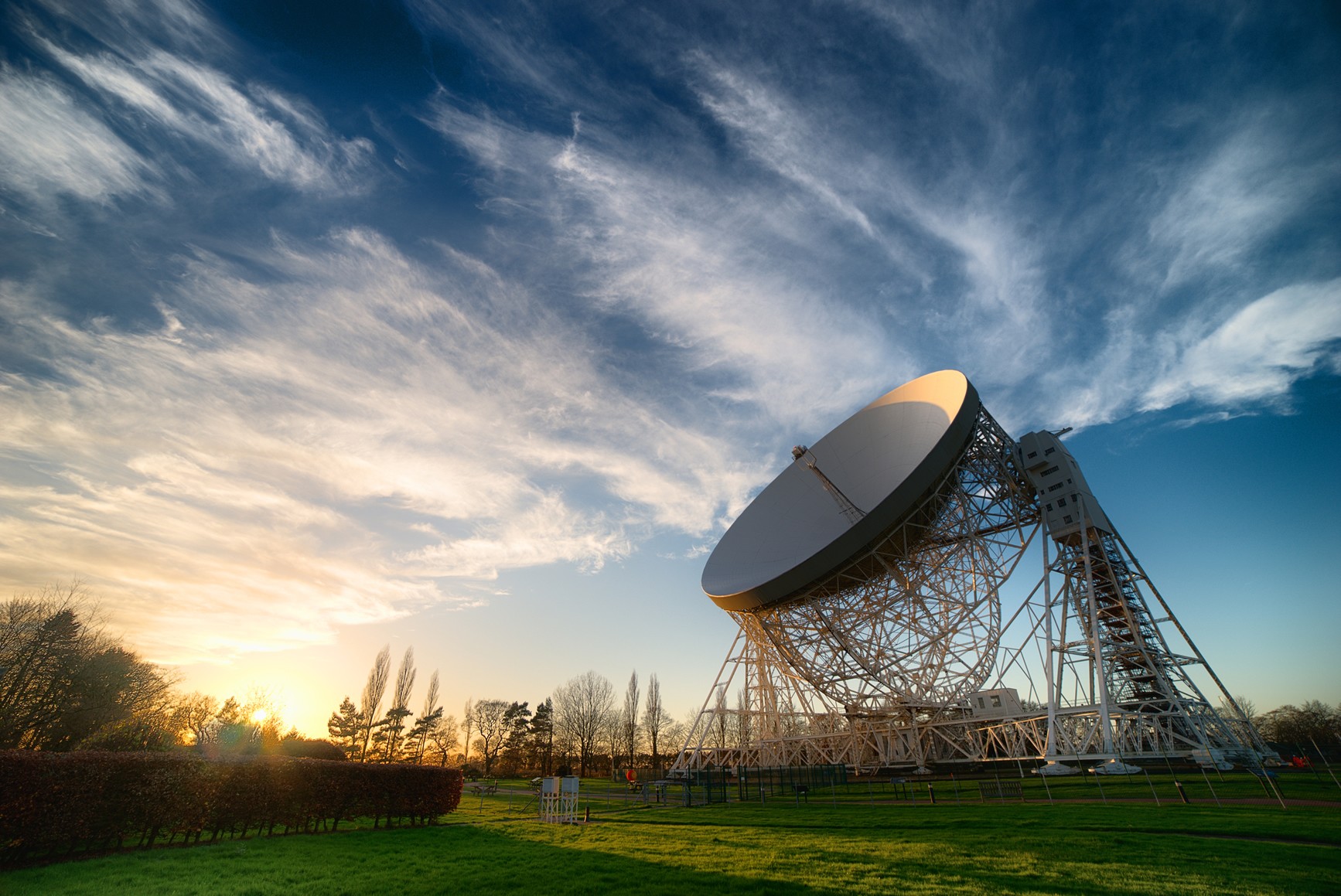 Jodrell Bank Observatory in Cheshire has been added to the UNESCO World Heritage List.

The observatory becomes the 32nd UNESCO World Heritage Site in the UK and joins the prestigious list alongside international sites such as Machu Picchu, the Great Wall of China and the Taj Mahal.

Jodrell Bank, owned by The University of Manchester, is famous as the home of the Lovell Telescope, the world’s third largest steerable radio telescope. Completed in 1957, the dish was the largest of its kind anywhere in the world until 1973 and was the catalyst for the construction of many other large scale satellite dishes.

The Lovell Telescope’s first act was to track the Soviet Union’s Sputnik, the world’s first artificial satellite. Today, Jodrell operates the UK’s national e-MERLIN radio telescope and hosts the global headquarters of the Square Kilometre Array, a radio telescope project that will build the world’s largest telescope, comprised of a network of instruments sited in South Africa and Australia.

The addition of Jodrell Bank to the UNESCO World Heritage List is in recognition of its outstanding scientific heritage including its pioneering role in the development of radio astronomy and its work in tracking spacecraft in the early space race, and its research into quasars, pulsars and gravitational lenses. The site has evidence of every stage of the history of radio astronomy, from its emergence as a new science in the 1940s through to the present day.

I’m absolutely delighted to hear that the Jodrell Bank Observatory site has been assigned World Heritage status by UNESCO. This is fitting recognition of the history of science and discovery at Jodrell Bank, and the work that continues today.

Professor Dame Nancy Rothwell, President and Vice-Chancellor of The University of Manchester
„
Follow me on Twitter (opens in new window)
download
Teresa Anderson and Tim O'Brien react to news

Heritage Minister Rebecca Pow said: “I am delighted that Jodrell Bank has become the UK’s 32nd UNESCO World Heritage Site. The research completed here has transformed our understanding of the Universe and it is right that this is recognised.

“Today’s announcement will make sure that this remarkable site continues to inspire young scientists and astronomers all over the world.”

Teresa Anderson, Director of the Jodrell Bank Discovery Centre said: "This is wonderful news and a great day in the history of Jodrell Bank. It honours the pioneering work of Sir Bernard Lovell and the early scientists here, together with the world-leading research that continues to this day.

“Receiving this recognition will help us tell their story and the story of the communities connected to the site both across the UK and worldwide.”

Professor Dame Nancy Rothwell, President and Vice-Chancellor of The University of Manchester said: “I’m absolutely delighted to hear that the Jodrell Bank Observatory site has been assigned World Heritage status by UNESCO. This is fitting recognition of the history of science and discovery at Jodrell Bank, and the work that continues today.

“Indeed, the site is fantastic for the University because of its heritage, its teaching and its research, and also because it is a place where many members of the public come to learn and be inspired about science.”

In 2017 the Department for Digital, Culture, Media and Sport (DCMS) increased the Observatory’s recognition in the National Heritage List for England. The Mark II Telescope joined the Lovell Telescope in being listed at Grade I, the highest form of protection, with a further five buildings listed at Grade II. Together, these listings recognised the pivotal role played by the Observatory in the development of the science of radio astronomy, revolutionising our understanding of the universe.

Professor Michael Garrett, Director of the Jodrell Bank Centre for Astrophysics and Sir Bernard Lovell Chair of Astrophysics, added: “We’re very proud that the contribution of the Observatory and its staff have been recognised at the very highest level. We continue to explore the Universe with e-MERLIN and our participation in the European VLBI Network, and we look forward to playing a major role in the scientific exploitation of the Square Kilometre Array.”

The decision to add Jodrell Bank Observatory to the UNESCO World Heritage List was taken at the 43rd session of the World Heritage Committee in Baku, Azerbaijan.