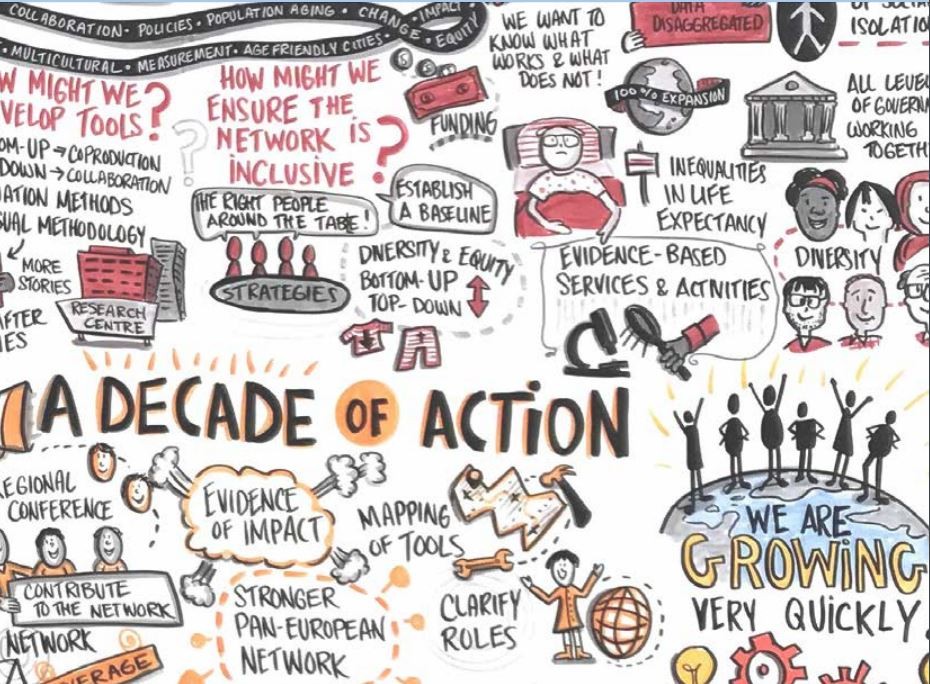 Manchester contributes to major WHO report into age-friendly cities

Case studies from 11 cities working to make their environments better places in which to grow older have been included in a major new report from the World Health Organization (WHO), which looks back over a decade of action on age-friendly cities and communities, and examines what the priorities should be over the next ten years.

The WHO Global Network for Age-friendly Cities and Communities was established in 2010 to connect cities, communities and organisations around the world with the common vision of making their communities a great place to grow old in. As a response to global population ageing and rapid urbanisation, it focuses on action at a local level which ensures the full participation of older people in community life and promotes healthy and active ageing.

Cities and communities within the Network have undertaken many important steps over the last ten years. The case studies, which were developed in partnership with a research team from the The University of Manchester’s Manchester Institute for Collaborative Research on Ageing (MICRA), feature cities and communities within the Network sharing their local experience in developing age-friendly environments through political engagement, understanding the situation, developing a strategy and action plan, and evaluating outcomes. They describe their local context, their challenges and successes, and achievements to date.

The cities looked at include Brussels, Hong Kong, Portland (USA), Ottowa (Canada) and Manchester. Manchester’s case study assesses the success of the city’s Age-Friendly Manchester programme, and the initiatives it has worked on including the Culture Programme - which brought together museums, orchestras, theatres and arts organisations with the aim of increasing access for older people - and the Take a Seat campaign, which aimed to raise awareness about how older people may struggle with a lack of available seating in shops and other public spaces.

“This is a really important programme - for ageing cities to understand what is possible, and what can be achieved in improving the wellbeing of older people in an urban environment,” said Professor Debora Price, Director of the Manchester Institute for Collaborative Research on Ageing. “We are privileged to have both civic leadership and world-leading research in the Manchester Urban Ageing Research Group, committed to understanding inequalities across the lifecourse and in later life, and how to combat them through systemic and environmental change.”

International collaboration and policy influence is core to our research, and this work shows how academics, policymakers and cities - and the people who live in them - can work with organisations like the WHO across national boundaries to make lives better.

"Working on this report has provided valuable insight into how research can successfully inform effective ‘real-world’ policies and interventions,” said The University of Manchester’s Natalie Cotterell, who co-authored the report. “It emphasises the central role of older people in developing age-friendly environments, and as well as celebrating the achievements of the Age-Friendly Cities and Communities Initiative, it outlines a vision for the future, ensuring that the age-friendly network continues to grow.”

“The report represents a valuable addition to our knowledge about interventions which can support older populations living in urban communities around the world,” said Professor of Gerontology Chris Phillipson from The University of Manchester. “The case studies highlighted illustrate the value of developing partnerships across a range of groups working within cities, as well as the central role played by older people in developing age-friendly environments.”

“This report is a significant contribution to our knowledge and understanding of how pioneering municipalities have made progress against their ambitions to create age-friendly cities,” said Paul McGarry, Head of Greater Manchester Ageing Hub. “The report charts the challenges that the international age-friendly movement has faced and their successes, many of which feature the leading role of older people in these transformative initiatives.”

“It has been a pleasure to work with the University of Manchester on these case studies,” said Alana Officer, Senior Health Adviser at the World Health Organization. “The report and case studies will provide key inputs into the development of the 2020-2030 Decade of Healthy Ageing.”

The report can be accessed here.

Manchester contributes to major WHO report into age-friendly cities