Professor of British History at the University of Manchester’s School of Arts, Languages and Cultures Professor Hannah Barker has scooped the coveted Social History Society’s Book Prize for her literary contribution to the history of the Industrial Revolution. 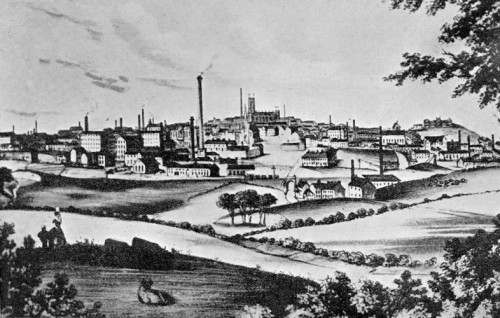 ‘Family and business during the Industrial Revolution’ (Oxford: Oxford University Press 2017) was awarded the accolade in June 2019 by a judging panel who believed the book to be the best original work of historical research published in the preceding calendar year.

‘Family and business’ explores the often forgotten business and family lives of women and small tradespeople during this period in history, despite their being at the heart of the economic and social transformation that swept Britain in the late 18th and early 19th centuries.

“I’m thrilled to be awarded this prize,” said Hannah. “’Family and business during the Industrial Revolution’ was a long time in the making and, like the family businesses which the book describes, involved the input and hard work of more than one person.”

She thanked the AHRC for the funding boost it gave the project, and her research team including Nathan Booth, Stephen Connolly, Katherine Davies, Marci Freedman, and Lucinda Matthews-Jones, and postdoctoral research associates Jane Hamlett and Mina Ishizu.

The judging panel of Professors Pamela Cox, Patricia Thane, Phillipp Schofield, and Naomi Tadmor commented that the book “revises accepted wisdom in various fields” and described it as “an excellent piece of social history”.