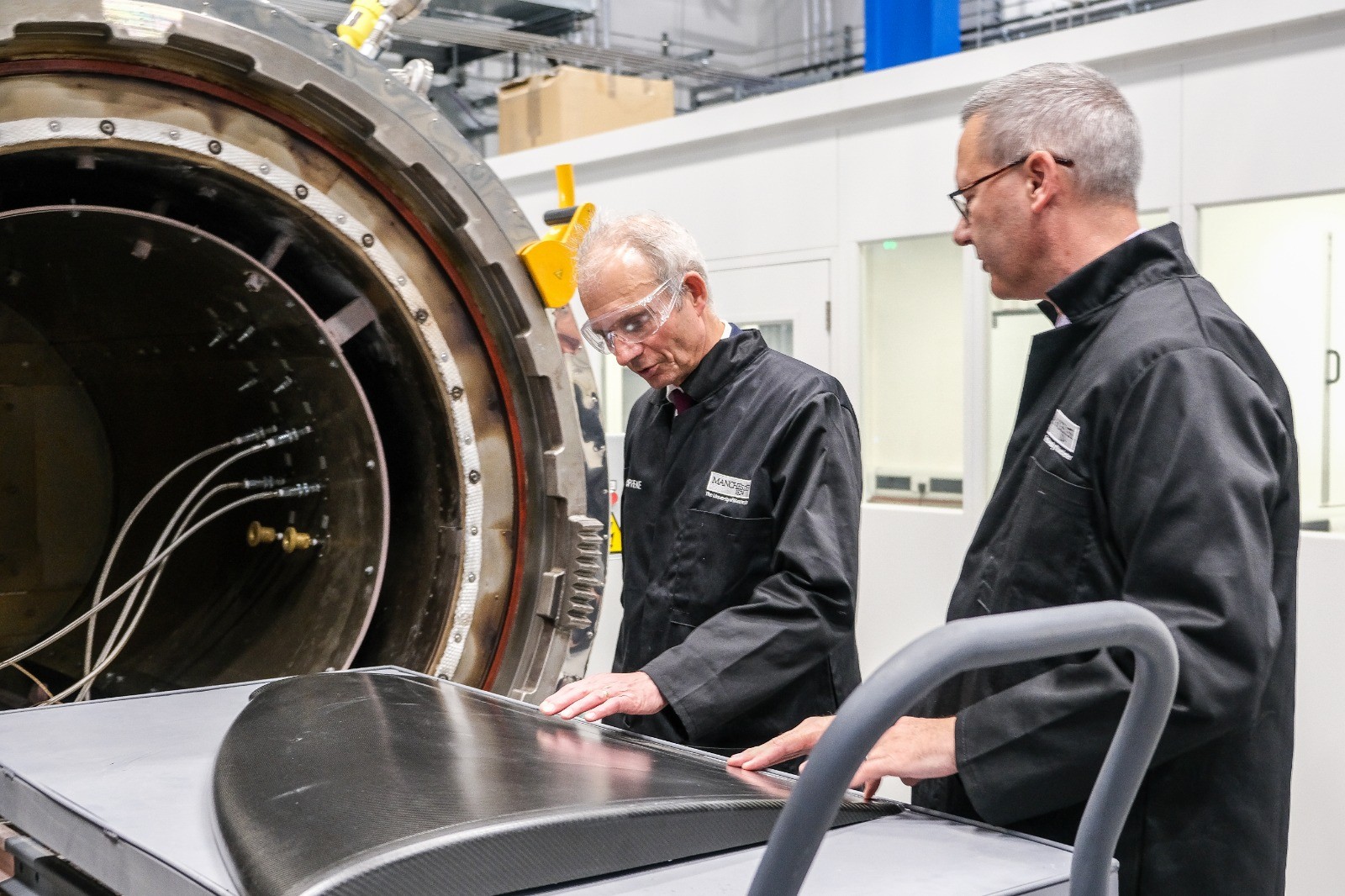 A senior cabinet minister has praised The University of Manchester for its pioneering approach to ensure homegrown discovery is brought to market in the UK.

The Right Honourable David Lidington CBE MP, Minister for the Cabinet Office – and therefore the UK’s de facto deputy Prime Minister – made his comments after a tour of the University’s Graphene Engineering Innovation Centre (GEIC).

The minister was making a fact-finding visit to Greater Manchester organised by the Northern Powerhouse Partnership. A highlight was the GEIC tour led by James Baker, CEO Graphene@Manchester, which revealed how this unique facility is helping business partners bring graphene applications to market.

National print media and broadcasters followed the minister on his visit as he also heard from local business and civic leaders at a round table which was led by Professor Luke Georghiou, Deputy President and Deputy Vice-Chancellor of the University.

The minister told the group he believed that strengthening the relationship between universities and industry was crucial in ensuring that scientific discoveries, which the UK excels in, are also successfully translated into commercial opportunities.

The Graphene City project here at Manchester, which includes a community of engineers and scientists who are working with business, is absolutely fantastic. It’s a pointer to the future and we should have more of this model across the rest of the country - successfully bringing together education and business.

The minister also recognised that the adoption of advanced materials were vital in providing a competitive advantage to both the regional and wider UK economies.

He told business and civic leaders: “It’s clear that the use of new materials can deliver an increase in value and human benefit, such as graphene’s applications in battery technology or running shoes.”

More information on Manchester’s approach to innovation and advanced materials can be found in On Materials.