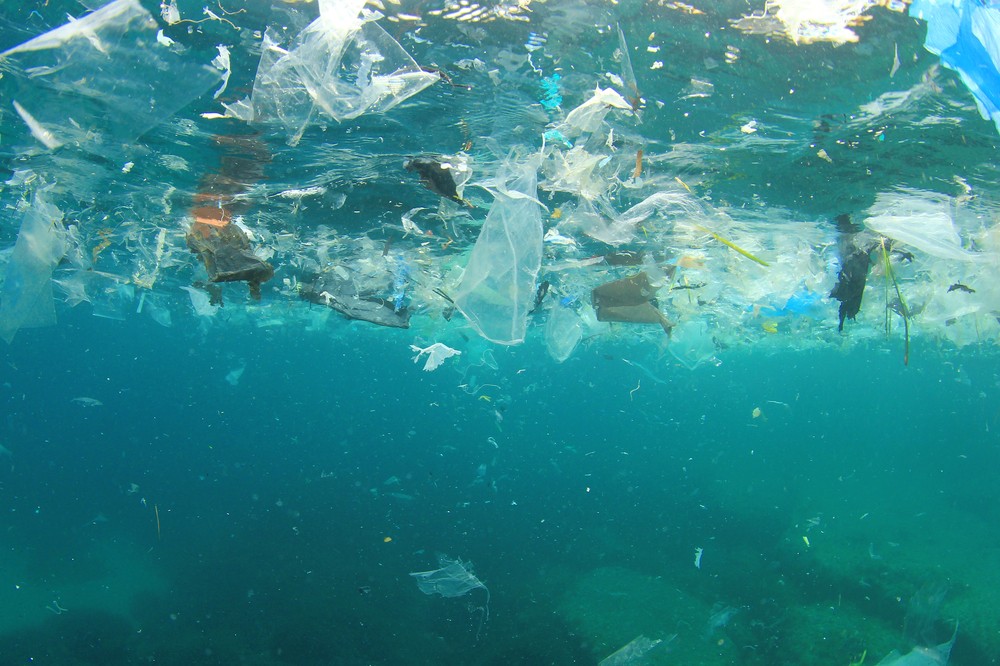 Researchers from The University of Manchester and the National Oceanography Centre (NOC) are racing to understand how microplastics are transported to the deep-sea floor in an effort to combat the growing ecological problem.

An estimated 8.3 billion tons of non-biodegradable plastic has been produced over the last 65 years. Much of this is not recycled and is disposed into the natural environment. Plastic has a long environmental residence time and accumulates in sedimentary systems worldwide, posing a threat to important ecosystems and potentially human health as it re-enters the food chain.

New research published in the journal Frontiers in Earth Science reveals that microplastics often accumulate on the deep sea floor in the same place as diverse and dense marine life communities. This is because the same submarine sediment flows that transfer vital oxygen and nutrients needed to sustain life, also transport microplastics from urban rivers to the deep-sea floor via pathways such as submarine canyons.

The ‘Blue Planet effect’ has caused an increase in public concern with the impact of plastic in our oceans and its effects on marine life. Despite this only around 1% of the plastic in the ocean floats on its surface, most of the rest sinks down to the seabed. Due to their small size microplastics are incredibly hard to track.

Microplastics have been found to pervade the modern day seafloor across the full range of marine environments. These light and highly mobile particles are delivered to the coast by rivers, wind and ice and to the sea surface from shipping and marine industries. The relative abundance of microplastics in submarine canyons and deep-sea trenches suggests that delivery of microplastics to the seafloor is strongly controlled by gravity currents, and by settling from the surface through water columns.

Microplastics have been found in nearly all environments on our planet, yet we only have a very limited idea of how they are transported; particularly in the deep sea. There is now a pressing need to get more data to link hotspots of marine pollution with transport processes, and determine the ultimate fate of microplastics in the deep sea 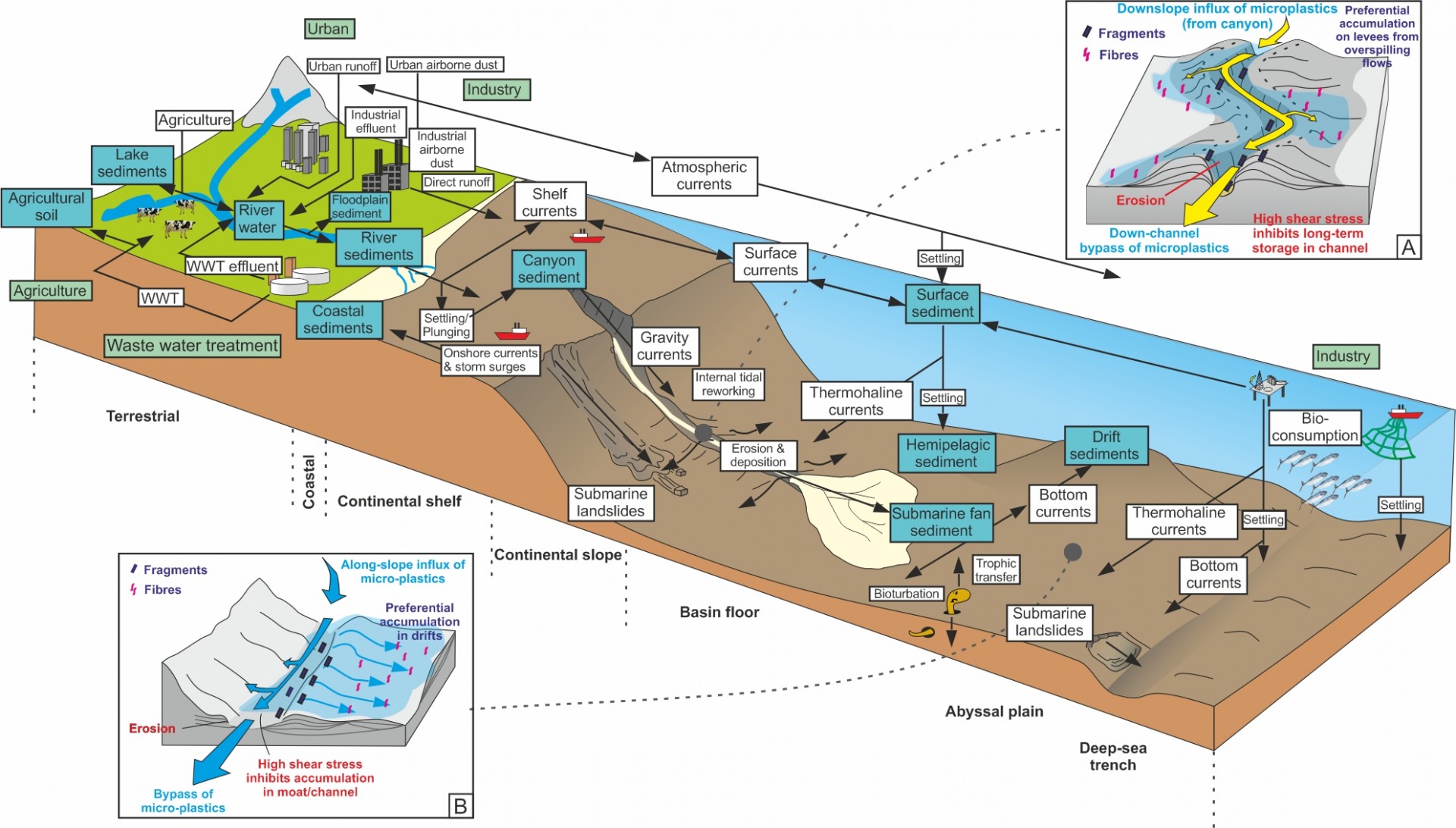 The paper’s lead author, Dr Ian Kane from The University of Manchester, said: “Microplastics have been found in nearly all environments on our planet, yet we only have a very limited idea of how they are transported; particularly in the deep sea. There is now a pressing need to get more data to link hotspots of marine pollution with transport processes, and determine the ultimate fate of microplastics in the deep sea”.

NOC scientist, Dr Mike Clare, who is an author on this paper, said: “Ocean currents and other near-seafloor flows appear to control where the sinking plastic ends up. It’s essential that we develop a basic understanding of the processes that control the distribution of microplastics, so that we can better understand where and how these tiny fragments and fibres enter the food chain through seafloor marine life”.

Microplastic fragments show an affinity with areas where macroplastics and marine litter are common, while microfibers have a wider distribution and are likely to be transported easily by bottom currents. The role of redistribution by bottom currents is not well understood but it is likely that microplastics can be easily distributed far from direct input points such as major rivers.

The implications of ingested microplastics on fishing stocks as well as directly for human health are as-yet poorly understood, now a concerted research effort is required on multiple fronts. Researchers hope some of the suggestions from studies such as this will contribute to addressing this global environmental crisis to address these and other societal and economic implications.

Previous research from The University of Manchester discovered that UK rivers are also densely contaminated with microplastics in the first detailed catchment-wide study of its kind in the world.