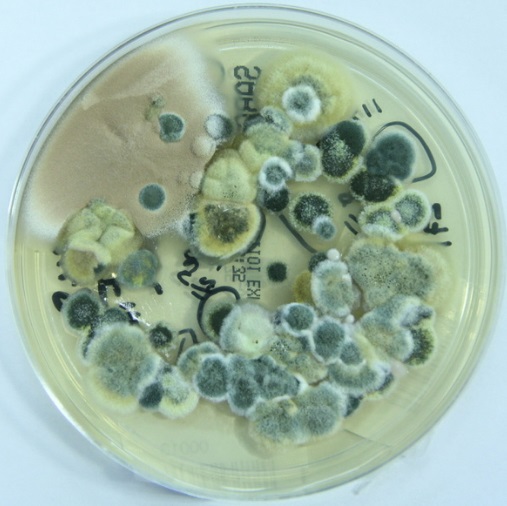 Patients with a common respiratory disease had more flare-ups linked to activities that put them at risk of being exposed to mould in a study by University of Manchester and NIHR Manchester Biomedical Research Centre (BRC) researchers.

They were four times more likely to visit a GP for chest problems (at least four times in the previous year) if they vacuumed their home more often than once a week.

The patients were also over three times more likely to visit a GP for chest problems (at least four times in the previous year) if they did not ask visitors to remove shoes when entering their home.

In addition, current or previous occupational contact with agricultural resources also increased the risk by more than three times.

According to the peer-reviewed study ‘Impact of self-reported environmental mould exposure on COPD outcomes,’ published in Pulmonology, the findings are likely to be associated with Aspergillus, a mould found in decaying vegetation, compost, air conditioning and damp walls and ceilings.

Lead author Dr Chris Kosmidis, a Senior Lecturer at The University of Manchester and Honorary Consultant in Infectious Diseases at Wythenshawe Hospital, part of Manchester University NHS Foundation Trust, said: “It must be stressed that most people will be unaffected by mould, but this research demonstrates quite clearly that people with COPD will have an increased risk of ill-health if exposed.”

Aspergillus can also lead to a debilitating, but rare condition called chronic pulmonary aspergillosis (CPA) which causes shortness of breath, fatigue, coughing (including coughing up blood) and weight loss.

Participants in the study were twice as likely to have CPA if they lived within one mile of a farm or agricultural area.

COPD is the most common condition associated with CPA in the UK, and around 3,600 people are estimated to have the illness in the country.

The NIHR Manchester BRC respiratory theme is helping to reduce disease progression and symptoms for people with respiratory conditions by working towards earlier diagnosis and a more targeted approach.

Dr Kosmidis, who is also a Manchester BRC researcher said: “We’re not able to generalise about the specific risk to COPD patients exposed to mould from this relatively small sample.

“However, it would be fair to conclude that activities which bring COPD patients into contact with mould may increase the risk of flaring and hospitalisation.

“Mould is present in homes and outdoors, but certain activities may increase the amount.

We’re not able to generalise about the specific risk to COPD patients exposed to mould from this relatively small sample. However, it would be fair to conclude that activities which bring COPD patients into contact with mould may increase the risk of flaring and hospitalisation

“As it is well known that admission to hospital carried a higher risk of death for COPD patients, it is clear that preventing those flares is an important goal of clinical staff.”

Preventative measures could include:

The British Lung Foundation estimates that 1.2 million people are currently living with diagnosed COPD, making it the second most common lung disease in the UK, after asthma.

Of the 140 patients who took part in this study, 60 had CPA as well as COPD and 39 were active cigarette smokers.