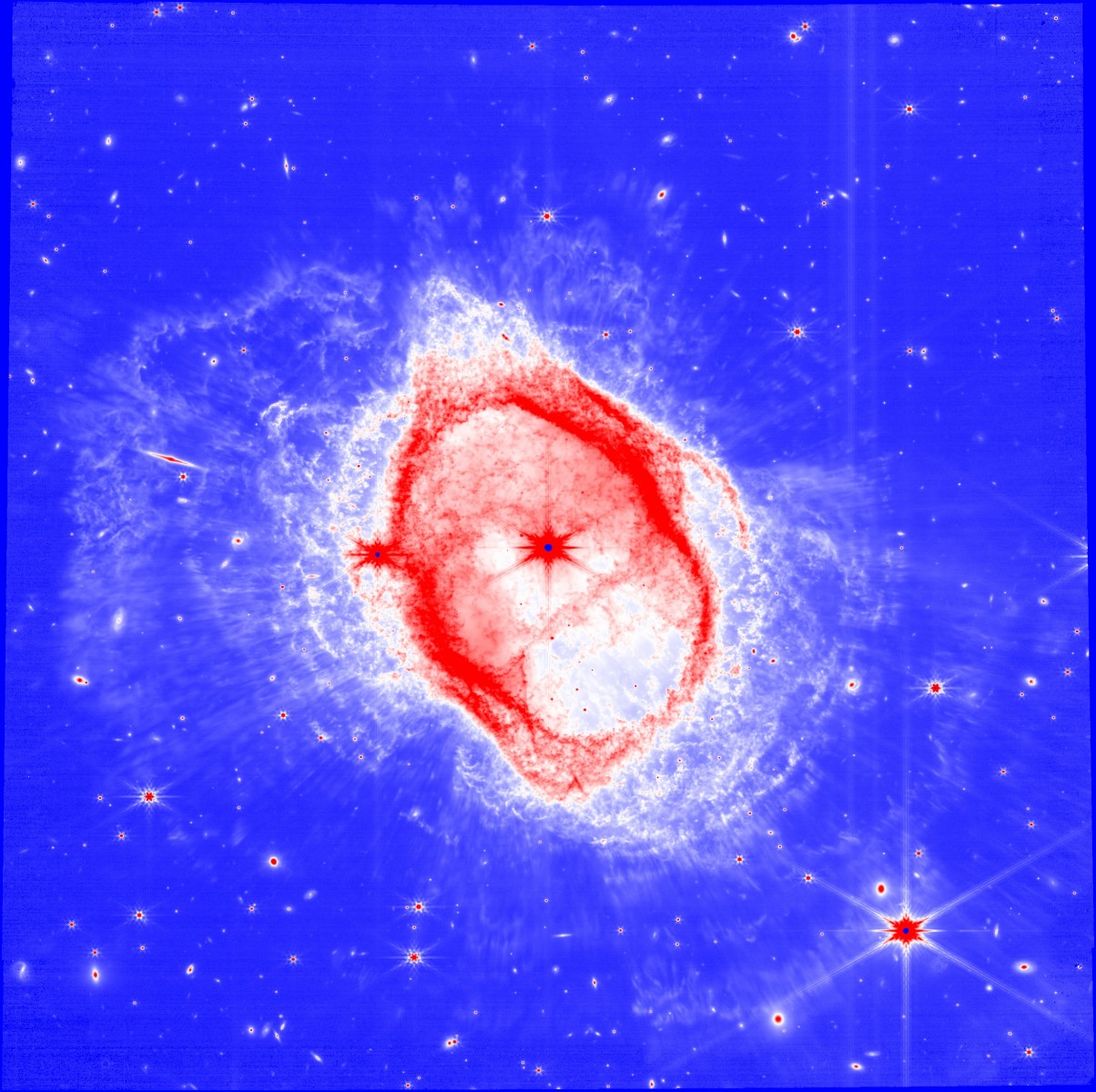 The very first images from the James Webb Space Telescope (JWST) included a wonderful view of the ‘Southern Ring’, a planetary nebula. A team of astronomers from across the world has studied this image in detail, to see how our own Sun may evolve in the distant future.

New data from Nasa’s James Webb Space Telescope has shown there were at least two, and possibly three, unseen stars that crafted the oblong, curvy shapes of the captivating images release of the Southern Ring Nebula.

Plus, for the first time, by pairing Webb’s infrared images with existing data from ESA’s (European Space Agency’s) Gaia observatory, researchers were able to precisely pinpoint the mass of the central star before it created the nebula.

A planetary nebula forms when a star like the Sun reached the end of its life. It ejects much of its material back into space. How this happens is still a bit of a mystery. We see stars just reaching the phase where they start this ejection: an example is the star aptly named ‘Mira’ (’wonderful’) which has been proposed as one of the candidates for the star of Bethlehem. We can see planetary nebulae: around 3000 are known in the Galaxy. But we do not directly observe the ejection itself.

The international collaboration of astronomers have published new calculations in Nature Astronomy, which show the central star was nearly three times the mass of the Sun before it ejected its layers of gas and dust. After those ejections, it now measures about 60 percent of the mass of the Sun. Knowing the initial mass is a critical piece of evidence that helped the team reconstruct the scene and project how the shapes in this nebula may have been created.

JWST has revealed details of the death of stars which we had never expected. The ring of dust with the mass of the Earth was a complete surprise. This star did not die alone: its companions left their imprint in nebula.

Professor of Astrophysics Albert Zijlstra, The University of Manchester said: “JWST has revealed details of the death of stars which we had never expected. The ring of dust with the mass of the Earth was a complete surprise. This star did not die alone: its companions left their imprint in nebula.”

The study has shown that the ejection is even more mysterious than was already known.  The team has been able to measure a very precise mass for the original star: 2.8 times the mass of the Sun. This is by far the most accurate ancestral mass of a planetary nebula ever measured.

The star has a distant companion which is slightly less massive: it is a double star. The star that ejected the mass is found to have a disk of gas around it, with a mass a bit less than that of Earth. How this disk formed is not clear: it may be a remnant of a system of planets, or it may have been caught from the ejection itself. The disk has a gap in it. This suggests that there is a third, small star, which orbits in this gap. A spiral structure in the nebula also indicates the presence of this star, where the spiral formed from the orbit.

The planetary nebula has a large number of small clouds (‘globules’) in it, each the size of the solar system. The team estimates that there are more than 10,000 of these, which have formed in the ejection process. There is an outer ring which surrounds both stars.

The team finds evidence for jets that have come from the central system, and which may require a fourth star or massive planet, even closer to the remnant star. That fourth star may have been swallowed by the ancestor of the planetary nebula during the ejection, in a phase of stellar cannibalism. The team calls it a ‘messy’ stellar system!

This study opens the door to a much better understanding of how stars like the Sun die. They hope to study more such nebulae; JWST has a unique power to show details of the nebulae which even HST could not see.  JWST shows that the death of a star can produce beauty – and science.