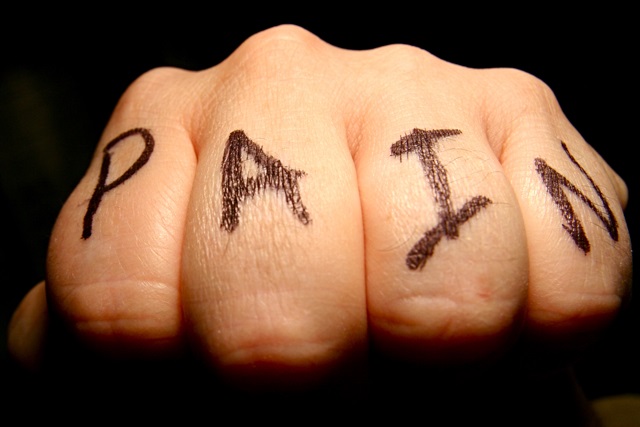 Placebo pain-relief is reproducible in patients with chronic pain compared to healthy volunteers according to a unique University of Manchester study.

In a research first, patients with high levels of psychological distress such as depression and anxiety experienced pain relief in a placebo experiment with inert cream they thought might help them.

And that, say the research team, could encourage clinicians to think about using alternative strategies other than pain medication. It could also, they say, manage pain better and reduce dependence on pain medication which can have unwanted side-effects.

Pain is experienced as a result of particular brain processes in the brain which are sometimes not fine-tuned as well as they might be. Placebo is a powerful way of positively harnessing the brains ability to take control of how we feel pain.

The study, funded by Versus Arthritis is published in Pain – the world’s leading journal in the field.

The cream was applied to the forearm of 60 osteoarthritis and 79 fibromyalgia patients as well as and 98 Healthy Individuals.

They were then given laser pain and asked to rank the intensity of the pain before, during and after cream application, along with expectation of pain relief and anxiety.

The procedure was repeated after two weeks and the results were found to be the same.

The findings complement the team’s work on enhancing natural pain control, using ‘Alpha brain-wave entrainment’, a light therapy which tunes the brain to a particular frequency of 10 cycles per second – known as alpha frequency.

Alpha brain-wave entrainment was previously shown by the team to be associated with the expectation of pain relief in health volunteers and patients with chronic pain.

Professor Anthony Jones from The University of Manchester is the Director of the Human Pain Research Group (HPRG), which is based at Salford Royal NHS Foundation Trust, part of the Northern Care Alliance NHS Group.

He said “Chronic pain carries a huge socioeconomic burden and substantially impacts the quality of life of affected individuals.

“It is often difficult to treat- and many of these patients have to live with its effects - and resultant impacts on their mental health- day in day out.

“But this study shows for the first time that people with osteoarthritis and fibromyalgia can modulate their responses to experimental pain as efficiently as healthy individuals.

"There might be a way to treat these patients - and that’s exciting.”

Dr Manoj Sivan is an Associate Professor in the Leeds Institute of Rheumatology and Musculoskeletal Medicine at the University of Leeds and honorary senior lecturer at The University of Manchester.

He said: “What was previously considered to be a nuisance variable has now been shown to have substantial potential to improve patient outcomes in chronic pain.

“Understanding the neural mechanisms of placebo response enables us to tap in to this more to modulate pain perception and enhance the analgesic effect of other novel step-change treatments, such as our Smart Neurotherapies Platform.”

He added: “With the current crisis of overuse of opioids a concern for all clinicians, this research strengthens the evidence for using non-drug approaches to manage chronic pain and encourages an important cultural change in managing our patients”

This study shows for the first time that people with osteoarthritis and fibromyalgia can modulate their responses to experimental pain as efficiently as healthy individuals. There might be a way to treat these patients - and that’s exciting

“That is why chronic pain patients have psychological co-morbidities such as anxiety, depression, pain catastrophizing and cognitive impairments.

“For this reason, the role of expectancy and anxiety in modulation of pain by placebo has a role in treating these patients.”

She said: “Currently people are offered different treatments - including opioids- with varying levels of success. Some people despair of ever finding resolution for their pain, and will try almost anything however weird and wonderful it may seem, whilst others are suggestible to any option offered.

“Anything which can reduce the use of Opioids and the concomitant side effects has to be welcomed. Placebo has been shown to work for many individuals without any harmful side effects. Therefore I believe that it could be used more widely in the treatment of chronic widespread pain.”

The abstract is available here