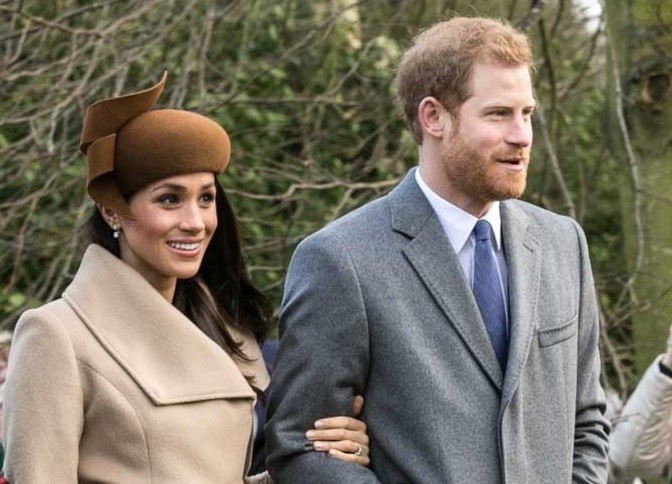 Prince Harry is wrong: unconscious bias is not different to racism

Meghan Tinsley, The University of Manchester

When Prince Harry sat down with ITV journalist Tom Bradby for a conversation about his marriage, his estrangement from the royal family and his tell-all memoir, Spare, one particular segment stood out. Bradby said that Harry had accused some members of his family of racism, but Harry shook his head firmly.

“The difference between racism and unconscious bias,” he said, “the two things are different.” He went on to argue that unconscious bias could become racism if it was pointed out to the perpetrator and left unchecked.

The exchange between Harry and Bradby has prompted widespread debate. In op-eds, on TV, and on Twitter, people have rightly questioned whether Harry’s family members really were unaware of their own biases, whether it mattered, and whether their views could be disconnected from racism.

When a person expresses racial bias, then that bias, conscious or not, is racism. But racism won’t be overcome simply by pointing out unconscious bias. Instead, anti-racism means challenging the systems and institutions that have made racism “common sense”.

This is not the first time Harry has appealed to the concept of unconscious bias in order to explain individual behaviour. In September 2019, he explained that “the way that you’ve been brought up, the environment you’ve been brought up in, suggests that you have this point of view – unconscious point of view – where naturally you will look at someone in a different way”.

Harry isn’t the first to claim that unconscious bias can be challenged, either. From the Labour Party leader Keir Starmer to accountancy firm KPMG, prominent people and institutions routinely respond to charges of racism by pledging to combat unconscious bias.

The concept of unconscious bias has its origins in psychology. In 1995, US psychologists Mahzarin Banaji and Anthony Greenwald argued that unconscious attitudes and stereotypes shaped people’s understandings and, in turn, their actions. They said that a child growing up in a racist society – with racially segregated neighbourhoods and schools, racist depictions in the media and parents and teachers propagating racial stereotypes – will internalise racism without realising it. They would then go on to express racist views unconsciously.

Building on this idea, in 1998, Banaji and Greenwald worked with social-cognitive psychologist Brian Nosek to develop the implicit association test (IAT). This has since become a popular tool in classrooms and corporate diversity training. On the IAT website, users can test their unconscious bias with regard to a wide array of categories, ranging from race and gender to ability and nationality.

The concept has gained further traction in the fields of medicine, law and education.

What unconscious bias doesn’t tell us

The appeal of the IAT and the concept itself lies in its simple design. As a tool, it demonstrates just how widely held racist attitudes are –- particularly among people who are not conscious of holding them.

It is, however, precisely this simplicity that makes the concept inadequate. The IAT presents users with a succession of words and images, including the names and faces of Black and white people, and asks them to categorise them as “good” or “bad”, as quickly as possible. The user then receives a score, which shows their level of unconscious bias.

Left out of this test is any analysis of where users’ associations might have originated. Research has long shown that institutional racism pervades society at every level, from education and the media to the justice and healthcare systems.

When Harry states that members of his family hold unconscious bias, he does not situate this within the larger context of institutional racism. This is particularly concerning when we consider who, exactly, he is talking about.

The royal family is the institution at the heart of power in Britain. Members of this family derive their wealth and international status from political and social institutions that are the product of racism and colonialism. But ascribing only unconscious bias to these family members ignores these institutional roots. It reduces racial prejudice to the conscious, deliberate attitudes of individuals.

Doctors prescribe fewer painkillers to Black patients than to white patients, even though they report similar levels of pain. Judges hand down custodial sentences for Black and Asian offenders that are 1.5 times longer than for white offenders. Bankers are twice as likely to deny compensation to Black fraud victims as they are to white victims.

Unconscious bias is useful as a tool for helping people who think racism is irrelevant to them – that is, people who hold power in a racist society – to understand that their biases are the product of institutional racism. But suggesting that unconscious bias is somehow less harmful than racism posits the latter as something only to be overcome at the individual level. The institutions that made racism possible, and, crucially, the people on the sharp end of its effects, remain invisible.

Meghan Tinsley, Presidential Fellow in Ethnicity and Inequalities, The University of Manchester