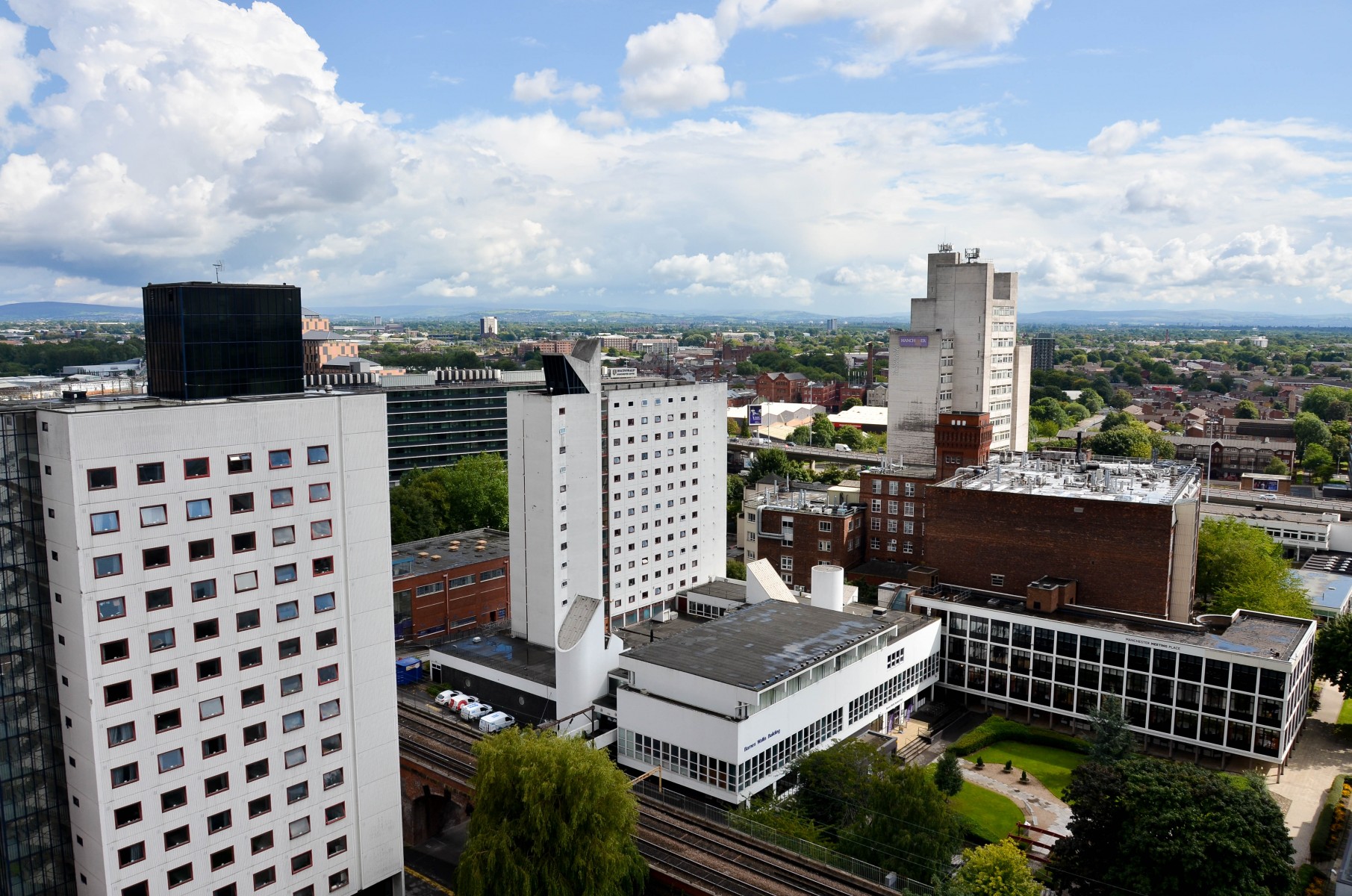 John Latham was a past Head of the Physics Department at UMIST and the founder of the Cloud Physics Group, which has since become the Centre for Atmospheric Sciences in the Department of Earth and Environmental Sciences.

John had an illustrious career as both a leading cloud physicist and also an acclaimed, prize-winning poet. He is renowned for a series of groundbreaking discoveries in the field of atmospheric electricity that form the basis of our understanding of charge transfer in thunderstorms to this day, and for his work on the role of clouds in delaying planetary warming due to increasing carbon dioxide.

John hypothesised that when different sized ice particles collide, the one growing fastest by vapour diffusion is charged positively and the other negatively, and these are transported to different parts of the cloud, leading to the development of an electric field and lightning.

His research also explained for the first time how, in warm clouds with no ice, rain could develop in as rapidly as 20 minutes due to mixing of dry air to some regions of the cloud. John recognised very early the importance of global warming and the profound impact it would have on the planet.

His concern led him to propose the idea that marine clouds could be brightened by decreasing the size of individual water droplets, thus increasing the number of cloud droplets for the same mass of water and thereby reducing the amount of heat absorbed by the Earth.

He published this work in Nature in 1990, a concept that is still being actively examined as a potential way of undertaking climate repair. John was awarded the Royal Meteorological Society's L. F. Richardson Prize in 1965, the Hugh Robert Mill Medal in 1972 and the Symons Memorial Medal in 1980. He served as President of the International Commission on Atmospheric Electricity from 1975-1983.

John wrote six collections of poetry, several plays broadcast on Radio 4 and a novel "Ditch Crawl". He won a number of awards for his poetry, including his title poem from "Professor Murasaki's Notebooks on the Effects of Lightning on the Human Body", which was awarded second prize in the UK's 2006 National Poetry Competition.

John was a wonderful wordsmith and was able to bring together science and poetry in an insightful, moving and often humorous way. Latterly, his work explored ageing and memory, so very poignant as his dementia worsened over the last years of his life.

John obtained his PhD from Imperial College under the supervision of Sir B.J. Mason FRS (who later became Chancellor of UMIST) and became a lecturer at UMIST in 1961, becoming Professor and subsequently the Head of Department. He left UMIST in 1988 to work at the National Center for Atmospheric Research in Boulder, CO, USA where he was highly influential and much admired.

He supervised 26 PhD students during his time at UMIST, many of whom are leading atmospheric physicists themselves. His insight, intellectual wonder and enthusiasm were contagious and he inspired many who knew him both as a scientist and as a poet. He enjoyed sport, being a member of the UMIST cricket team, being involved in intramural football and taking part in the annual Bogle Stroll.

John married Ann Bromley in 1961; they were amicably divorced in April 1992. He was predeceased by two sons, Rob and Mike. He is survived by a son and daughter, David Latham and Rebecca Brewer, seven grandchildren (Samuel, Shane, Jessica, Natasha, Molly, James and Evie) and one great grandchild (Tamara), our sincere condolences to his family.