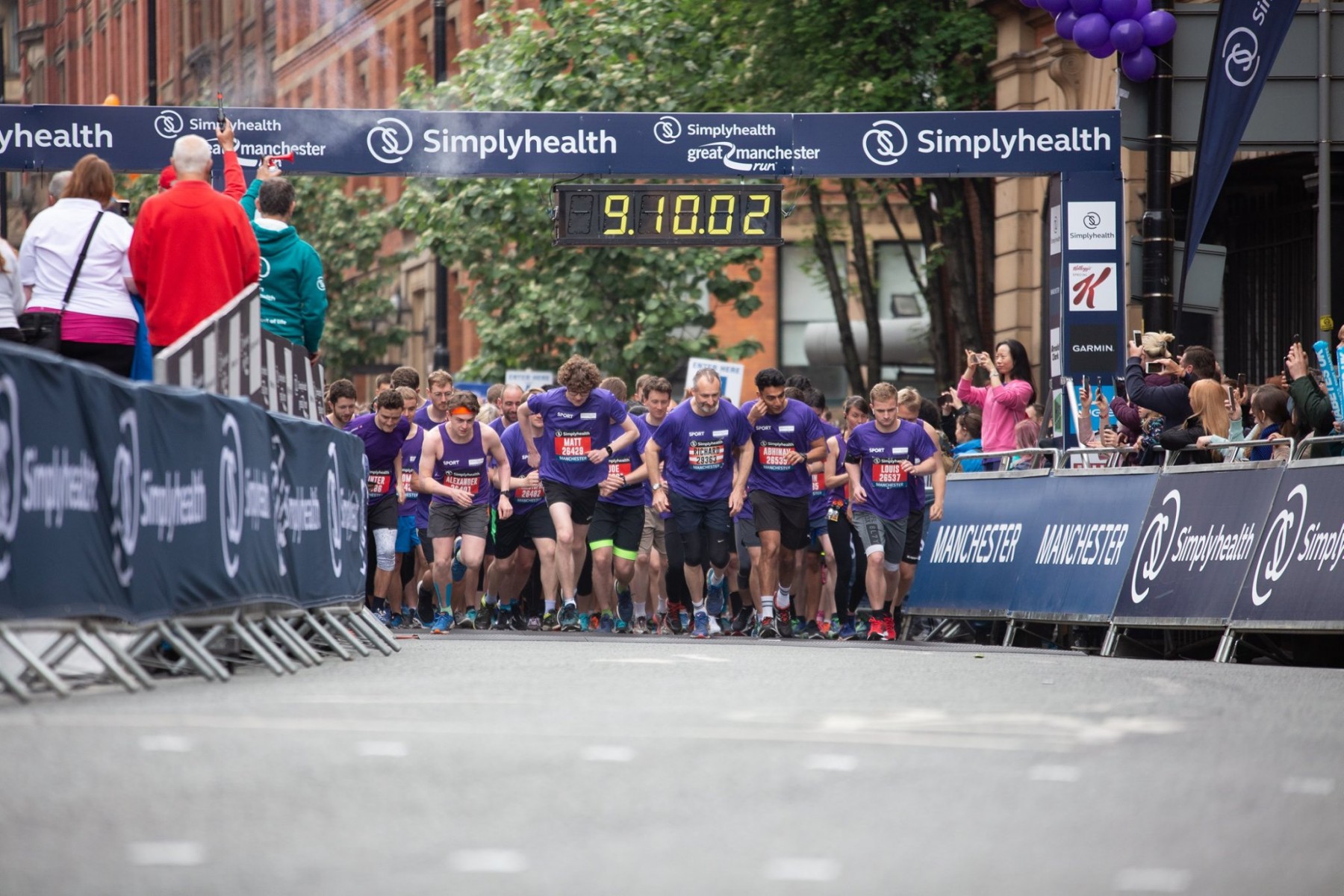 Purple patch: our 10K wave is 5, and back for another year

Registrations are now open for this year’s Purple Wave, part of the Great Manchester Run on 24 May.

Now in its fifth year, the organisers are expecting over two thousand University of Manchester staff, students and alumni to take part in the race.

The internationally renowned 10k run will be staged for the 17th time, with the day also including a half marathon in the heart of the city.

The University will have its own start time, with a Purple Wave of runners wearing the purple technical running t-shirts they receive on registration.

And Manchester Universities are again organising a 2.5K and 5K Run, this year on 18 March, giving anyone who wants to take part in the May event a taster of what’s in store –whatever their ability.

This year’s Purple Wave is extra special as we’re celebrating our fifth birthday and we hope our staff, students and alumni will come along and celebrate it with us

Staff students and alumni can also and be part of the fun by volunteering or celebrating our runners at cheer points.

For those who participate in the 2.5K & 5K Run, the price of this ticket will be discounted from their 10K or Half-Marathon place.

The UoM Sport team are this year encouraging returning Purple Wave runners to re-use their purple t-shirt from previous years.

From this year, all t-shirts will be re-used and re-stamped for each year participants join the Purple Wave.

University of Manchester Sport Participation Manager James Marenghi said: “This year’s Purple Wave is extra special as we’re celebrating our fifth birthday and we hope our staff, students and alumni will come along and celebrate it with us.

“As the only organisation to have our very own starting wave, the Purple Wave is always a highlight of the Great Manchester Run, especially as we hold the record for the largest entry

“Whether a seasoned runner, or a complete beginner looking to improve your health and wellbeing, this event provides the opportunity to be part of something really special.”

Purple patch: our 10K wave is 5, and back for another year