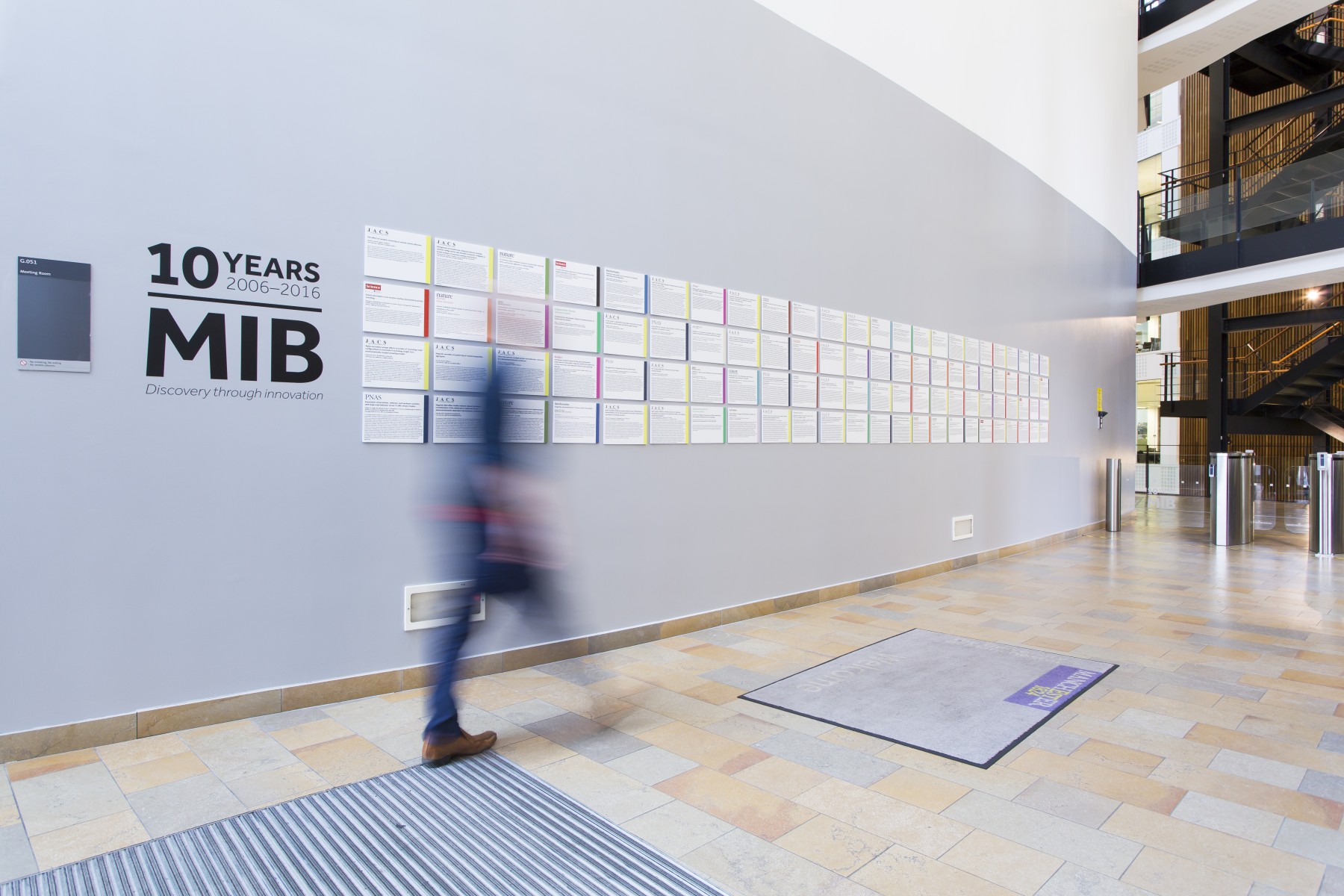 Pioneering expertise in Industrial Biotechnology at The University of Manchester has been recognised as a beacon of excellence and named a winner of the Queen’s Anniversary Prize for Higher and Further Education.

This prestigious accolade rewards an outstanding contribution made to the UK by an academic institution. The work of the University’s Manchester Institute of Biotechnology (MIB) is being celebrated by the most recent round of awards, which mark the period 2018-2020.

With the challenge of climate change propelled to the top of political, social and economic agendas, The University of Manchester is at the heart of helping to design a sustainable future for the UK and communities across the world.

Experts at the University are looking to develop disruptive bio-based technologies that will transition chemicals manufacture from petrochemicals to sustainable biomanufacturing by connecting the University’s strengths in discovery science directly with industrial partners.

This partnership approach will help stimulate innovation and drive a new bioeconomy that will position Manchester and the UK as a whole as leaders of green growth by supporting biomanufacture in key areas such as advanced materials, pharmaceuticals, value added chemicals and the next generation of biofuels.

“It’s a great honour to have been awarded a Queen’s Anniversary Prize for Higher and Further Education which is viewed as the most prestigious form of national recognition open to a UK university or college,” said Professor Dame Nancy Rothwell, President and Vice-Chancellor of The University of Manchester.

“Our Manchester model of innovation enables us to take cutting-edge science and, by working strategically with our commercial and other partners, transfer research breakthroughs into real world applications. It’s this approach that is now helping to position The University of Manchester at the vanguard of clean economic growth.

“Leadership from Professor Nigel Scrutton at the University’s Manchester Institute of Biotechnology and the enterprising vision of his team have played a critical role in this success story.”

"It’s a great honour to have been awarded a Queen’s Anniversary Prize for Higher and Further Education, which is viewed as the most prestigious form of national recognition open to a UK university or college."

Professor Martin Schröder, Vice-President of The University of Manchester and Dean of the Faculty of Science and Engineering, added that it was with real pride that the Faculty had been recognised in this way.

Professor Schröder said this latest prize follows similar accolades for the University’s science and engineering community during the past decade. In 2011 it was announced that the University’s Dalton Nuclear Institute was a winner of the Diamond Jubilee Queen’s Anniversary Prize and then in 2014 a Queen’s Anniversary Prize for Higher and Further Education (2012-2014) was awarded in recognition of Manchester’s work in pioneering imaging techniques for advanced materials and manufacturing.

Professor Schröder added: “The science and engineering community at Manchester continually demonstrate how our research is able to make our world work better.

“I am delighted that Professor Nigel Scrutton and the excellent team at the Manchester Institute of Biotechnology have been the latest recipients of this prestigious award. Their work is really helping to put Manchester, and the UK as whole, on the international map for Industrial Biotechnology at a critical time for our planet’s future wellbeing.”

Professor Nigel Scrutton also added: “I am delighted that the Manchester Institute of Biotechnology has been recognised in this way.

“My thanks go to all colleagues who have contributed to MIB’s work, especially over the last decade during my time as MIB Director. Given the current challenges facing our planet the importance of the bioeconomy is clear to see.

“I am proud that MIB is finding unique science and technology solutions to meet these challenges and is contributing to clean growth across multiple sectors.”

Further evidence of Manchester’s leadership in Industrial Biotechnology was the recent launch of the new Future Biomanufacturing Research Hub which is backed by £10 million in government investment to develop new technologies in order to transform the manufacturing processes of chemicals by using plants, algae, fungi, marine life and micro-organisms.

This pioneering Manchester-based hub will work alongside partner spoke organisations: Imperial College London, University of Nottingham, University College London, the UK Catalysis Hub, Industrial Biotechnology Innovation Centre and the Centre for Process Innovation. A Manchester conference to launch the Hub was attended by many industrial partners, including global brands such as Shell, GSK, Unilever and BP.