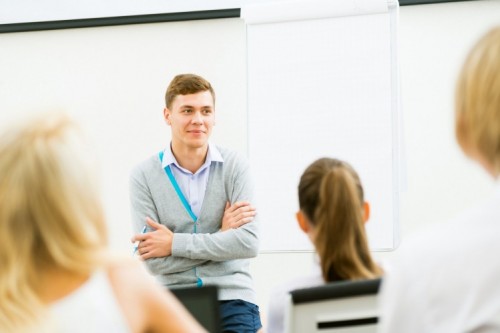 Trainee teachers with northern accents are under pressure to speak ‘the Queen’s English’ in the classroom, according to a study carried out at The University of Manchester.

Dr Alex Baratta, a lecturer in linguistics, found that accents most associated with the Home Counties were favoured by the teacher training profession.

Last year Dr Baratta found trainee teachers with northern accents felt they were 'selling out' because they felt they had to change their accents to be understood in the classroom, having been instructed to do so by their mentors.

His latest study explored teacher accent, identity and linguistic prejudice and centred on schools based in the south of England - the previous study involved northern schools.

The research, according to Dr Baratta, exposes a culture of linguistic prejudice for a profession which would not tolerate prejudice based on race and religion.

He said: “There is a respect and tolerance for diversity in society, yet accents do not seem to get this treatment – they are the last form of acceptable prejudice! One teacher told me that it makes no sense that teachers have to sound the same, but teach the children to be who they are.”

In interviews with trainee teachers with regional accents, Dr Baratta said almost all of his participants admitted that their accent had been picked-up on by mentors, leading to too many teaching staff feeling they had to neglect their ‘true voice’ and modify accents that were somehow deemed inappropriate for education.

“The trainee teachers I spoke to believe that they are being judged for how they speak and not what they say and asking them to modify their accents made them feel inferior,” he said.

Another participant from the Midlands claimed that a mentor with a southern accent said that she’d be ‘best to go back to where you came from’, in relation to her pronunciation of ‘a’ and ‘u’, as in ‘bath’ and ‘bus’.

“While Received Pronunciation or the Queen’s English was historically regarded as the most prestigious accent, there is evidence to suggest its influence is less pervasive nowadays amidst growing recognition of, and respect for, regional accents.

“We live in a society in which equality is championed and diversity is celebrated, certainly within the workplace so why does it feel as if the teaching profession is completely discarding the unique richness that comes with regional accents”

In 2014 Dr Baratta conducted the first study into how accent modification in Britain affects the way people feel about themselves. He found that many people felt like fakes for ‘poshing up’ their accents to fit in to certain work and social situations, threatening their personal identities and often causing anger and frustration.

There is a respect and tolerance for diversity in society, yet accents do not seem to get this treatment – they are the last form of acceptable prejudice!