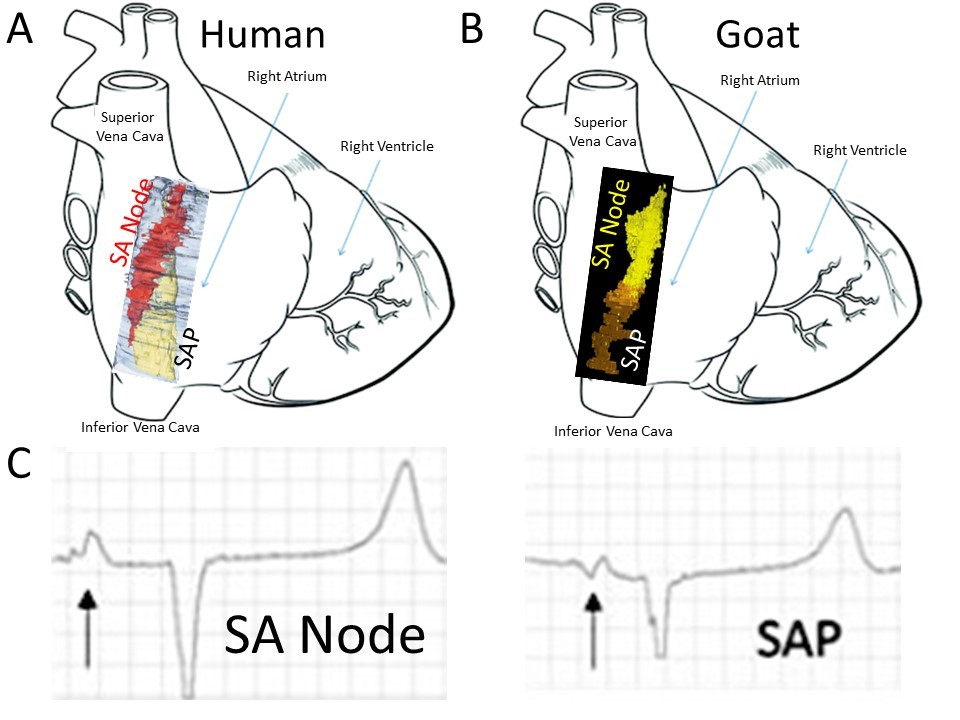 Researchers discover a backup natural pacemaker in the heart

Researchers at The University of Manchester and Manchester University NHS Foundation Trust have discovered a backup natural pacemaker, which is able to generate a pulse and control the heart rate.

The British Heart Foundation funded study ‘completely changes our understanding’ of the heart’s anatomy and has important implications on the work of cardiologists and heart surgeons.

As part of the study, published in Frontiers in Physiology, University scientists carried out research involving 15 goats.

Subsequent data analysis found that a ‘subsidiary atrial pacemaker’ (SAP) takes over from the nearby sinoatrial, or SA Node, the primary way the heart generates electrical signals that make it beat, when it fails.

Lead author Dr Halina Dobrzynski, from The University of Manchester, said: “This study completely reshapes our understanding of the how the heart works and is tremendously exciting. It builds on our work on the human heart over many years and we hope will make an important contribution to future treatments.”

Co-author, Dr Gwilym Morris, a clinical researcher at The University of Manchester and a Consultant Cardiologist at Manchester Royal Infirmary, part of Manchester University NHS Foundation Trust, (MFT), worked on the data analysis strand of the project.

He said: “Not only will this knowledge improve our understanding of the anatomy of the heart – which is crucial for clinicians – it will give patients the full facts so they can make a more informed choice about ablation.”

The SA node in human, goat and other mammalian species is a group of cells located in the wall of the right atrium of the heart which have the ability to spontaneously produce the electrical impulses to make our hearts beat.

The team are confident the discoveries are highly relevant to the human heart, as the organ in goats has similar anatomy and physiology, producing a similar heart rate.

When the SA node doesn’t work as it should, the heart rate can slow down causing breathlessness and blackouts.

However, when the malfunctioning SA node is removed by cardiologists in a procedure known as ablation, the new structure discovered by the team carrying out the research in goats took over as the dominant pacemaker, which also drives electrical activity of the heart.

And even though electrocardiograms (ECGs) – which provide an electrical map of the heart – have slightly different shapes for each natural pacemaker, the heart still functioned normally when using the SAP.

The study also explains why ablation of the SA node - sometimes performed by cardiologists to treat a fast heartbeat called inappropriate sinus tachycardia - is often unsuccessful.

The research shows that the SA node is difficult to completely destroy using ablation and even if a few cells of the SA node are left, they find, it will continue to function as the heart’s pacemaker.

Dr Morris added: “I’m excited that we also intend as a team to produce a 3D reconstruction of the whole heart, which will depict the new structure. And that will be a helpful tool for helping patients to understand the pros and cons of having an ablated SA node.” 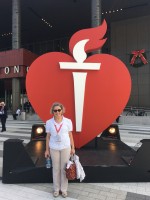 This study completely reshapes our understanding of the how the heart works and is tremendously exciting. It builds on our work on the human heart over many years and we hope will make an important contribution to future treatments

Dr Zoltan Borbas, a clinical scientist who conducted the study while at The University of Manchester said: “It was fascinating to see how the structure of the sinus node and SAP area in the goat gradually emerged. Getting closer, step by step, to understand the complexity of it was thrilling.”

Co-author Dr Luca Soattin, from The University of Manchester, said: “Before this study, it was thought the sinoatrial node was the primary activation site in the heart. When that failed, the atrioventricular node nearer to the ventricle was thought to kick in.

“But now we know of another site, the subsidiary atrial pacemaker’, which kicks in after the SA node fails. We believe this is a remarkable discovery.”

Dr Dobrzynski added: “I’m also hugely grateful to the NHS anaesthetists, surgeons and cardiologists who worked with us on this ground-breaking project.”

Professor Metin Avkiran, Associate Medical Director at the British Heart Foundation (BHF), said: “The heart is a wonderfully complex organ that contains many different types of specialist cells serving distinct functions. These include the cells in the heart’s own ‘pacemaker’, which generates the electrical signal triggering each heartbeat.

“This detailed study improves our understanding of how the heartbeat continues to be generated when the normal pacemaker is damaged. The findings will inform future work to better understand and treat human diseases associated with abnormal pacemaker activity.”

Researchers discover a backup natural pacemaker in the heart