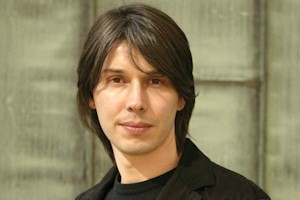 Professor Brian Cox, who has become an international media star thanks to his hit TV series on the origin of the solar system, has been made an OBE in the Queen’s Birthday Honours List.

The 42-year-old professor, based at The University of Manchester School of Physics and Astronomy, has had a meteoric rise to worldwide stardom in his field.

Professor Cox visited locations around the world to explain how the laws of nature carved spectacular landscapes throughout the Solar System for his acclaimed BBC TV series "Wonders of the Solar System".

The Oldham-born scientist’s informative and accessible style of explaining even the most complex of subjects has led to him be hugely in demand wherever he goes.

He now spends much of his time, along with thousands of other scientists, at the Large Hadron Collider at CERN, the famous scientific research centre in Geneva.

The team there hope to recreate conditions in the Universe less than a billionth of a second after the Big Bang and uncover some of its unsolved mysteries.

This is Professor Cox’s second taste of fame, having been a member of nineties pop act D:REAM while studying for his PhD at The University of Manchester.

With the band, he played “Things can only get better” at the famous Labour Party victory celebration at the Royal Albert Hall after the 1997 General Election.

Professor Cox is also a regular presenter on the BBC flagship science programme Horizon and acted as scientific advisor on the 2007 film Sunshine, directed by Danny Boyle and written by Alex Garland.

The OBE is just the latest in a long line of honours bestowed on Professor Cox for his efforts to publicise science. In 2002 he was elected an International Fellow of The Explorers Club and in 2006 he received the British Association Lord Kelvin Award for this work.

His TV series was described as ‘utterly contagious’ by the Guardian. In these, he told how Earth, of all the planets in the Solar System, is the only one to have a moon that completely obscures the face of the Sun.

Professor Cox described how every molecule of every drop of water is moved around our planet by the Sun’s energy for the series  praised by BBC Radio Two DJ Chris Evans as one of the best he has ever seen.

In Norway he witnessed the battle between the Sun’s wind and our planet, as the night sky displayed the beautiful Northern Lights.

And in California he made contact with Voyager, a space probe that has been travelling since its launch 30 years ago. Now, 14 billion kilometres on, Voyager has just detected the solar wind is beginning to run out of puff.

Professor Cox said: “This is a wonderful accolade for me personally but credit must also go to The University of Manchester and the Royal Society as well for allowing me to pursue these projects.

“Many employers would not have gone so far to support me, or could have made it hard for me to have the freedom to do the TV work, but the University has been totally supportive.

“I could never have dreamed when I was a student here that I would be receiving such an important honour as an OBE.

“Every time I receive an award or honour such as this I feel as though it is further recognition of science. I feel there is a need to take science more seriously in this country and hopefully we are beginning to turn around the public perception.

“This is a fantastic way of promoting science and I am delighted to accept the honour.”