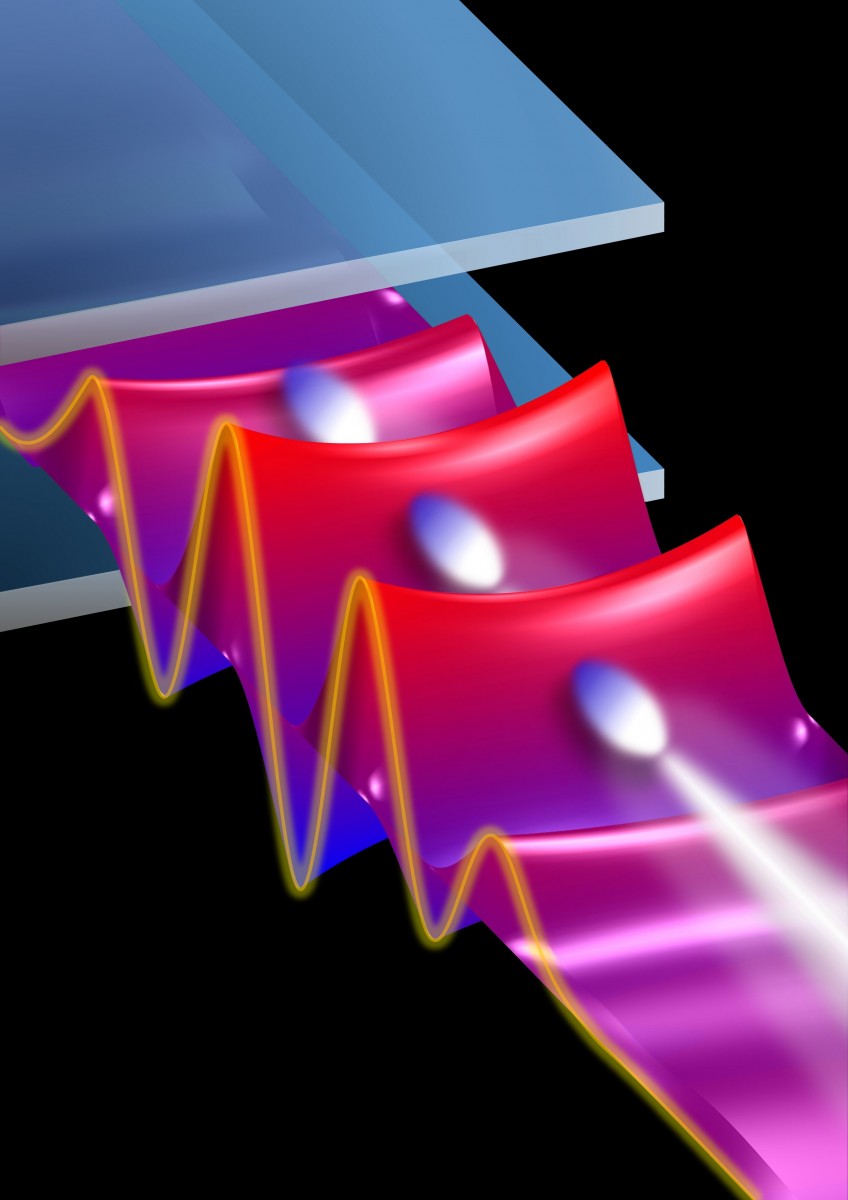 Scientists have successfully developed a pocket-sized particle accelerator capable of projecting ultra-short electron beams with laser light at more than 99.99% of the speed of light.

To achieve this result, the researchers have had to slow down light to match the speed of the electrons using a specially designed metallic structure lined with quartz layers thinner than a human hair.

This huge leap forward simultaneously offers the ability to both measure and manipulate particle bunches on time scales of less than 10 femtoseconds (0.000 000 000 000 01 seconds, or the time is takes light to travel 1/100th of a millimetre). This will enable them to create strobe photographs of atomic motion.

This successful demonstration paves the way to the development of high-energy, high-charge, high-quality Terahertz (THz) driven accelerators, which promise to be cheaper and more compact. Reducing the size and cost of accelerator technology, will open up these incredible machines to a much wider range of applications.

Particle accelerators are widespread with applications in basic research in particle physics, materials characterisation, radiotherapy in hospitals, where they are used to treat cancer patients, radioisotope production for medical imaging, and security screening of cargo. The basic technology (radio-frequency oscillators) underpinning these machines however, was developed for radar during the Second World War.

In new research published today in, Nature Photonics, a collaborative team of academics show that their unique solution is to use lasers to generate terahertz frequency pulses of light. Terahertz is a region of the electromagnetic spectrum between infrared (used in TV remotes) and microwave (used in microwave ovens). Laser-generated THz radiation exists in the ideal millimetre-scale wavelength regime, making structure fabrication simpler but most importantly providing the half-cycle lengths that are well suited for acceleration of whole electron bunches with high levels of charge.

We overcame this problem by developing a unique THz source which produced longer pulses containing only a narrow range of frequencies, significantly enhancing the interaction. Our next milestone is to demonstrate even higher energy gains while maintaining beam quality. We anticipate this will be realised through refinements to increase our THz source energy, which are already underway. 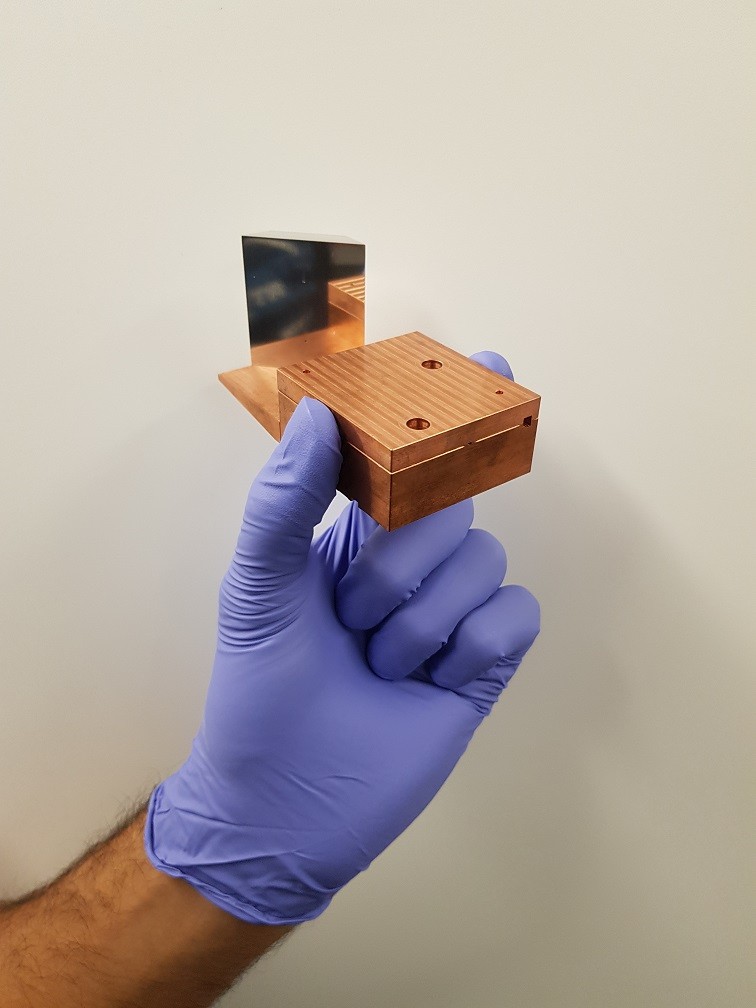 Lead author on the paper Dr Morgan Hibberd from The University of Manchester said: “The main challenge was matching the velocity of the accelerating THz field to the almost speed-of-light electron beam velocity, while also preventing the inherently lower velocity of the THz pulse envelope propagating through our accelerating structure from significantly degrading the length over which the driving field and electrons interact.”

“We overcame this problem by developing a unique THz source which produced longer pulses containing only a narrow range of frequencies, significantly enhancing the interaction. Our next milestone is to demonstrate even higher energy gains while maintaining beam quality. We anticipate this will be realised through refinements to increase our THz source energy, which are already underway.”

Professor Steven Jamison of Lancaster University who jointly leads the programme, explained: “The controlled acceleration of relativistic beams with terahertz frequency laser-like pulses is a milestone in development of a new approach to particle accelerators. In using electromagnetic frequencies over one hundred times higher than in conventional particle accelerators, a revolutionary advance in the control of the particle beams at femtosecond time scales becomes possible.”

While the researchers have an eye to a long term role of their concepts in replacing multi-kilometre scale research accelerators (such as Europe’s 3 km long x-ray-source in Hamburg) with devices mere metres in length, they expect the immediate impacts will be in the fields of radio-therapy and in materials characterisation.