Who really identified the Skripal poisoner, and why it matters
Newsroom 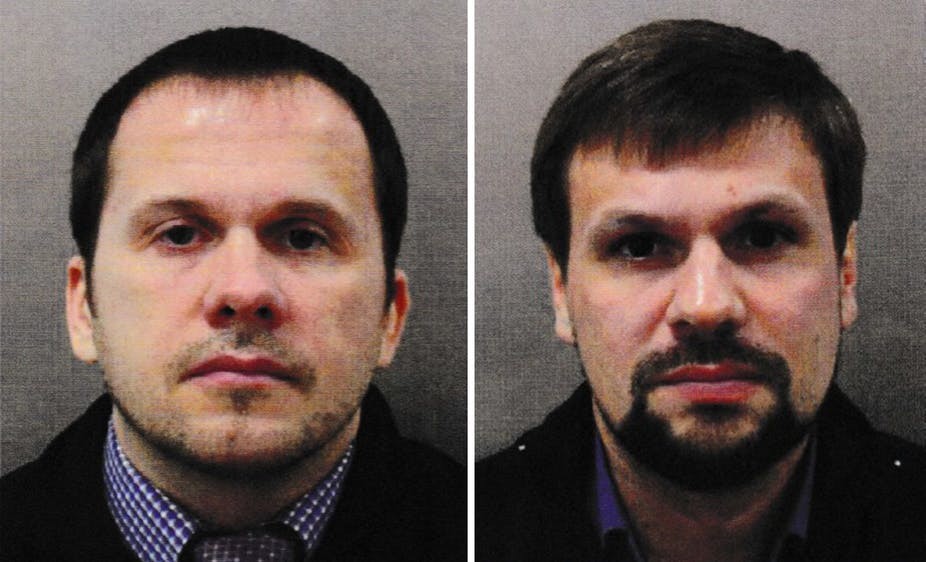 Who really identified the Skripal poisoner, and why it matters

Where exactly does our news come from? And are those who unearth it getting fair credit? As media consumers, these are questions we should be asking on a regular basis.

Take the case of “Colonel Chepiga”. The BBC reported on September 27 that “Ruslan Boshirov”, one of the suspects accused by the UK government of poisoning Sergei and Yulia Skripal in Salisbury is, apparently, a highly-decorated colonel of Russia’s foreign military intelligence agency named Anatoliy Chepiga. According to BBC News, the revelation was the result of the work of a British online citizen investigative journalistic site, Bellingcat – and the BBC interviewed its founder, Eliot Higgins.

Nothing was said in the BBC report, however, about the fact that the actual investigative work had been largely conducted by Bellingcat’s Russian collaborator – online citizen investigative journalism site, The Insider. For it was, in fact, The Insider’s founder, Roman Dobrokhotov, and another Russian, Moscow-based journalist, Sergei Kanev, who conducted hours of painstaking research of open online Russian-language sources to identify Boshirov-Chepiga.

In contrast to the BBC report, Bellingcat clearly acknowledged The Insider’s role in this investigation – and to be fair, on September 29, the BBC Radio 4’s Today Programme broadcast an interview with Dobrokhotov, too. But the BBC’s original omission can tell us much about how many news outlets and journalists operate today.

Credit where it’s due

In the context of the fast-paced news production cycles in which journalists of all media outlets operate under ever increasing pressure, the BBC could be forgiven for taking shortcuts to get the story out. However, the intensifying neoliberal economic logic that is pressuring all media outlets to maximise returns and prioritise sensationalist scoops that consolidate and extend their audience base, is encouraging journalists to adopt practices that are less easy to excuse.

Two days later, on September 29, BBC Radio 4 News also featured a report by the BBC Moscow correspondent, Sarah Rainsford. It took the Chepiga story further and said that the BBC had interviewed a woman in the village of Beryozovka in the far east of Russia where Colonel Chepiga grew up. This woman confirmed that it is indeed Chepiga who appears in now widely publicised photographs of “Ruslan Boshirov”.

The same day, an accompanying report featuring short quotes from the interview with the woman appeared on the BBC News website. The BBC reports were worded in such a way that they suggested that the new revelation from Chepiga’s home village was the result of the BBC’s own investigative journalism. It did repeat the BBC’s original attribution of the Boshirov-Chepiga connection to Bellingcat, but again failed to acknowledge that the work of identification was, in fact, originally carried out by Russian journalists.

In fact, as soon as The Insider and Bellingcat disclosed Chepiga’s identity on September 26, a journalist from the Russian newspaper Kommersant went to Beryozovka to question local residents. Despite the pressure put on Russian journalists by the Kremlin, Kommersant continues occasionally to publish results of its team’s high quality investigative journalism. According to the Kommersant article, which was published on September 27, one of the two women in Beryozovka who agreed to answer their questions and to comment on “Boshirov’s” photograph identified Chepiga in it, while the second woman doubted the resemblance.

We can’t dispute that the BBC went to Beryozovka, but they were not the first to do so. Furthermore, the BBC reports of September 29 contained no additional information beyond what had been published by Kommersant two days earlier. It also is no doubt that the BBC journalist had read Kommersant’s article, as Rainsford tweeted it as soon as it appeared on September 27.

At the very least, it would have been good practice on the part of the BBC to cite the original source from which it obtained the necessary information about the Beryozovka residents who were willing to talk, particularly given that it appears that the BBC’s own trip to the village added no new information to Kommersant’s story.

Additionally, the BBC Radio 4 report failed to fully detail the facts gathered by Kommersant. Significantly, the reference to the second woman who did not feel confident to identify Boshirov as Chepiga was absent from the BBC’s report.

We all know that journalists are under pressure to claim sensational scoops, so why does the odd shortcut or partial acknowledgement matter? 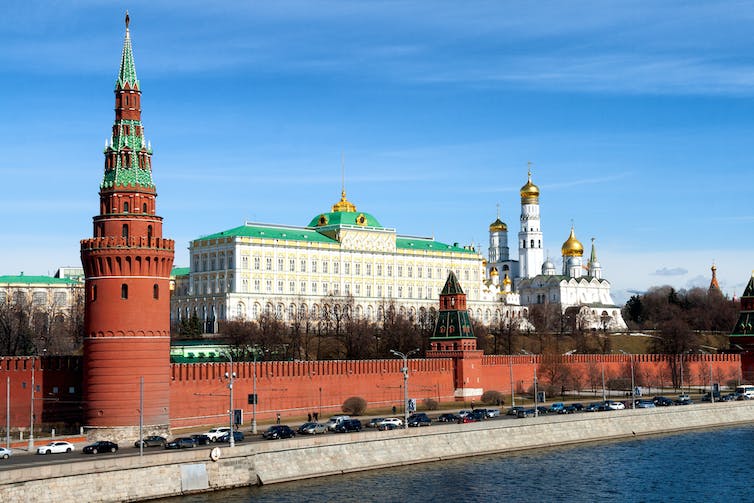 The Kremlin has created a hostile environment for journalists in Russia. Shutterstock

The first reason is pragmatic. There are very high stakes for Russia should any absolute and unequivocal confirmation of its responsibility for the use of a military-grade nerve agent on British soil be found. This means that the Moscow-based Russian journalists investigating the true identities of those accused of the Salisbury poisoning do so at significant personal risk. They should at the very least get credit.

Indeed, the leading Russian oppositional newspaper, Novaya gazeta, revealed that, once the Skripal affair began unfolding, Putin signed a new decree on keeping secret any information on those who work as “freelance agents” for the intelligence services. According to the newspaper, a broad interpretation of this new decree allows the Russian Federal Security Service to investigate any Russian journalist who uncovers information that contradicts the government’s line on the Skripal case. The Russian-language website of Russia’s state-funded international broadcaster, RT, has already reported a claim that Dobrokhotov is involved in “criminal activities” aimed against the Russian state.

Since Soviet times, international fame offered some level of (limited) protection to public figures whom the state perceived to be acting against its interests. In fact, explicit guidelines to this effect were issued by the Soviet authorities in 1927 when Stalin’s systematic assault on members of the Russian intelligentsia began.

The guidelines suggested acting with caution in “repressing” internationally renowned figures. This situation continues to the present day. Therefore, in their desire to claim a sensational scoop as their own, British journalists are not merely obscuring the central role of Russian journalists in the discovery, they are unwittingly making it easier for the Russian state to punish Russian journalists for their bravery.

The second much broader issue relates to the current crisis of political legitimacy in established democracies, including the UK. This includes growing public mistrust in the mainstream media. Ordinary citizens’ easy access to multiple information sources has made them far more aware than before of how journalists, even in the most reputable media outlets, use information selectively and opaquely to promote a desired narrative.

So, while RT’s coverage of the Skripal affair has provoked outrage and ridicule, the BBC itself has been far from an example of “best practice”. Unfortunately, in today’s highly-politicised international media environment, the BBC is not the only – nor the biggest – loser in this process.