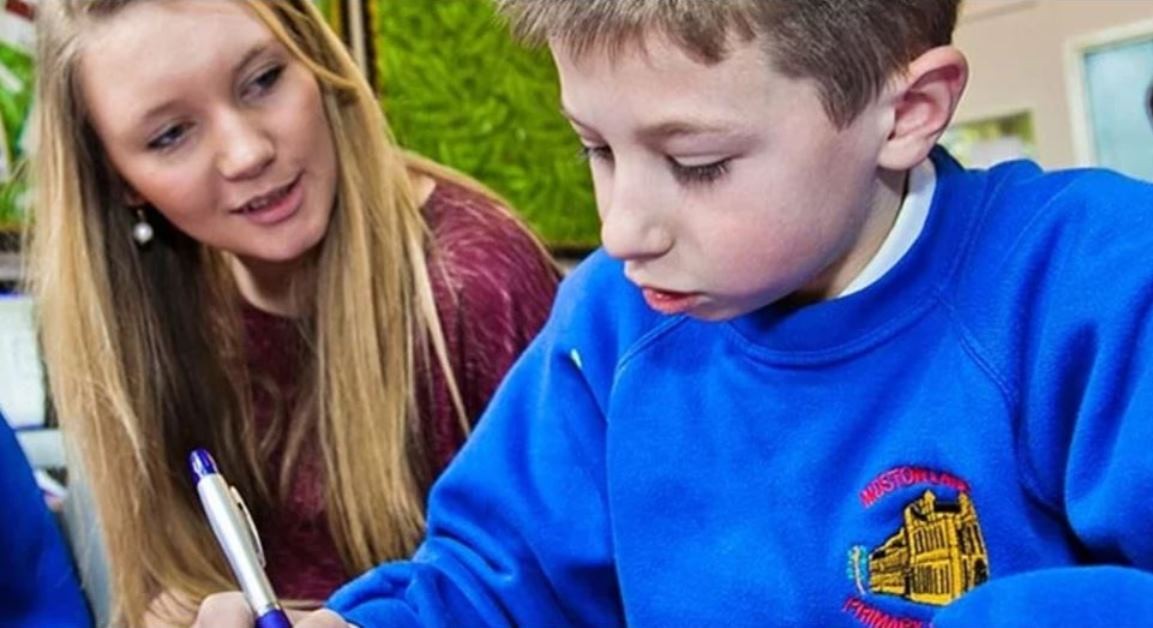 Student tuition scheme for disadvantaged pupils is a success

A scheme which trains students and recent graduates to give extra tuition to disadvantaged school pupils is highly effective at improving their progress, according to a new report.

It is usually only children from affluent families who benefit from private tuition, as the cost averages £27 per hour. The Tutor Trust is a unique charity which aims to tackle this inequality by supplying schools with university students, who act as academic tutors to small groups of disadvantaged pupils. The University of Manchester was involved from the Trust’s inception, and 80% of the charity’s tutors in Manchester are students from the university.

The University of Leeds has also been involved in its expansion, and both universities have supported the Trust through encouraging students to become tutors, and the provision of space on campus to undertake selection and training.

A randomised control trial conducted by the Education Endowment Foundation, which involved 105 primary schools and 1,290 pupils across Greater Manchester and Leeds, examined the impact of Maths tuition on Year 6 pupils. Selected children received 12 hours of extra tuition - the trial found that they made three months more progress than their fellow pupils.

In the 2017/18 academic year, a total of 300 tutors delivered over 17,000 sessions, serving over 3,000 young people at 154 schools in Greater Manchester, Leeds and Liverpool. Only 23% of primary school tutees were working at the expected level for their age at the start of the year – but by the end of tuition, that figure had risen to 77%. The report also demonstrates that the tuition has success in secondary schools, with 74% of Maths tutees and 73% of English tutees receiving a GCSE grade 4 or above.

Schools have reported that 82% of the pupils who receive tuition feel more confident in their abilities, and the tutors themselves also benefit from the satisfaction of helping young people succeed, as well as developing invaluable skills that will support them in their future careers.

It’s been a privilege to be involved in the work of the Tutor Trust from its inception. The charity aims to reduce the gaps in outcomes for young people from disadvantaged backgrounds by providing the type of academic support that is often unobtainable for families from low-income backgrounds.

"We have recently embarked on a joint studentship with the Trust led by our Manchester Institute of Education which will focus on the impact of tutoring on the transition from primary to secondary", Stephanie added.

“We are thrilled with this gold standard evidence of our impact, and it is a credit to our tutors and our staff team” said Nick Bent and Abigail Shapiro, co-founders of Tutor Trust. “We are transforming tuition so that the attainment and aspirations of the young people we serve can be transformed. As a charity, we are unique in Britain in offering a tuition service to schools that is high quality, high impact and yet low cost.”

“Our work with the Tutor Trust is an important part of our raising attainment activity,” said Louise Banahene MBE, Head of Education Engagement at The University of Leeds. “Not only does it provide targeted support to young people, with tangible results, it also provides an opportunity for our students to work in schools and the local community.”

For more information about the Tutor Trust, visit www.thetutortrust.org.

Student tuition scheme for disadvantaged pupils is a success