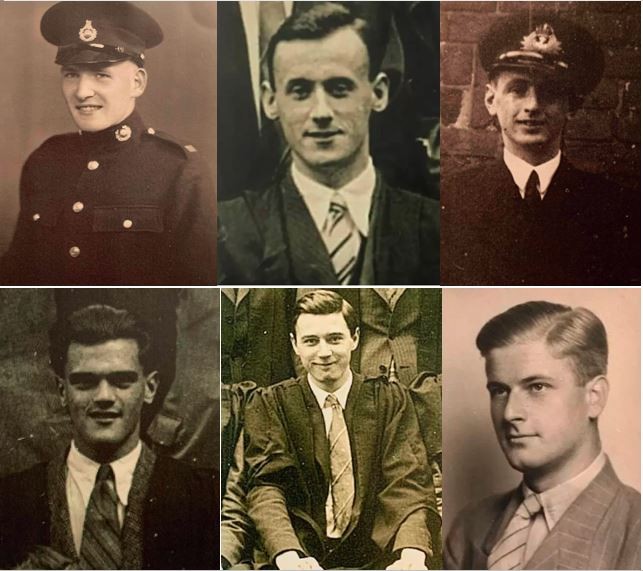 Project remembers Manchester students who died in the world wars

Two students from Manchester have created a website which tells the stories of 24 men from the University’s St Anselm Hall who lost their lives during the two world wars.

Founded in 1907, St Anselm Hall is a traditional hall of residence with a rich history. It started life as a place of accommodation for young men studying Theology, and was formally acquired by the University in 1956. The hall’s chapel contains several war memorials, but nothing was known about the names on them - it was felt that the stories of these men should be researched and made public as a tribute to their sacrifice.

Students worked with hall chaplain Father Hugh Bearn to find this information, and as a result a book of remembrance containing the brief life story of each young man was produced. Their research discovered that one student was in the British Olympic team at the 1936 Berlin Olympics, another was parachuted into The Netherlands as a secret agent, and another has a physics prize awarded in his memory.

From there came the idea of placing a wreath onto each grave or place of commemoration, which was a challenge as these are scattered all around the world – however, at the time of writing, almost all of these wreathes have been placed by members of the St Anselm Hall Alumni Association.

Through the project, the hall contacted a number of relatives of the fallen, many of whom subsequently attendance the hall’s 2019 remembrance service.

Students Anna Smith and Izzy Summer have worked together throughout 2020 to create a digital tribute which contains the men’s stories, material and photographs found in the hall’s archives, and an interactive map of the wreathes.

We are really proud of what we have produced as a team, as we feel the work does justice to remembering this group of men who made the ultimate sacrifice for their country. By drawing on hall documents, photos and family memories, we have been able to give the names on our war memorial their stories.

“The work showcases not only what the students at St Anselm Hall are capable of, but also the ongoing commitment that they have to the hall. Without them, this project would have been impossible. That they have managed to complete it on such a limited budget and in the face of major challenges, really demonstrates the continued value of the hall.”

“This project reinforced the very tangible sense of identity and belonging that has always identified ‘Slems’, and reflects their continuing significance in the history of our University,” said Fr Hugh Bearn. “It is a remarkable and lasting tribute to the men of St Anselm Hall, and highlights that we are an academic community with a pastoral basis which has cared for the students who have been part of it over many years - myself included!”

The project can be viewed at https://stanselmhall.wixsite.com/stanselmhallarchive/the-fallen.

Project remembers Manchester students who died in the world wars