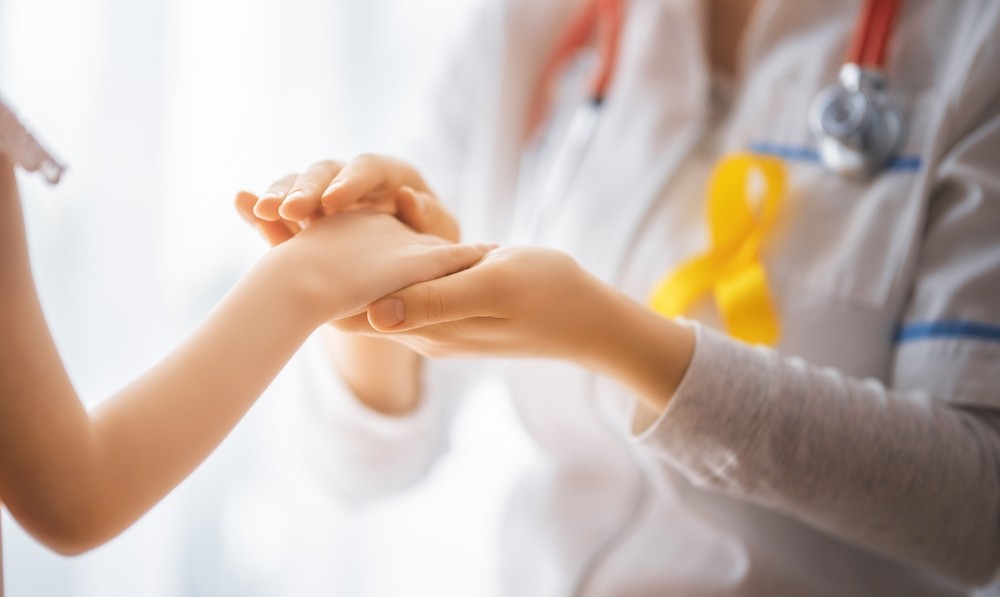 High doses of drug called ifosfamide are the best way to treat a cancer of children which affects bones and soft tissues, compared to three other treatments, according to University of Manchester researchers.

Dr Martin McCabe, study lead and a clinical senior lecturer in pediatric and adolescent oncology at The University of Manchester presented the results of the study into recurrent and primary refractory Ewing sarcoma at the 2022 American Society of Clinical Oncology (ASCO) Annual Meeting today (05/06/22).

The current five-year survival rate of recurrent and primary refractory Ewing sarcoma is about 15%. Ewing tumors are uncommon as only about 60 children and young people are diagnosed with the disease in the United Kingdom each year.

There is no standard treatment for recurrent Ewing sarcoma. The study evaluated four chemotherapy regimens commonly used in this disease to see which is best, though two were eliminated from the study in 2019 and 2020 because they were not as effective.

Median overall survival for the children was 16.8 months for ifosfamide compared to 10.4 months for topotecan plus cyclophosphamide.

It is the first randomized trial – on  451 patients -  to compare different chemotherapy treatments for the disease.

Because previous  studies were single arm trials or case series, untilo now it has not been possible to say which treatment was most effective or most toxic.

A greater survival difference was observed for patients under 14 than those aged 14 and older.

The rEECur study has, for the first time, accrued randomized data for four widely used chemotherapy regimens and is now accruing data for a fifth regimen. Before the rEECur study, the basis for choosing drugs for patients with relapsed or refractory Ewing sarcoma was weak and lacking randomized trials to inform clinicians or patients about which treatments were most effective and/or most toxic

However, ifosfamide led to more brain and kidney toxicity than topotecan plus cyclophosphamide.

Both ifosfamide and topotecan plus cyclophosphamide had similar rates of febrile neutropenia (fever and a lower-than-normal number of neutrophils, a type of white blood cell).

Quality-of-life scores favored ifosfamide over topotecan plus cyclophosphamide in children but not in adults.

Dr McCabe, said: “The rEECur study has, for the first time, accrued randomized data for four widely used chemotherapy regimens and is now accruing data for a fifth regimen.

“Before the rEECur study, the basis for choosing drugs for patients with relapsed or refractory Ewing sarcoma was weak and lacking randomized trials to inform clinicians or patients about which treatments were most effective and/or most toxic.”

Ifosfamide, first approved for use in the U.S. in 1987, works by adding an alkyl group to DNA, leading to an eventual breaking of DNA strands and affecting the ability of cancer cells to multiply.

The phase II/III rEECur trial randomly assigned patients, ages 4 to 50 (median age of 19) with recurrent and primary refractory Ewing sarcoma to either topotecan plus cyclophosphamide, irinotecan plus temolozomide, gemcitabine plus docetaxel, or high-dose ifosfamide. The primary outcome was event-free survival in the phase III comparison. Secondary outcomes included OS, toxicity, and quality of life. At the first and second interim assessments, patients receiving irinotecan plus temolozomide and gemcitabine plus docetaxel had worse objective responses and event-free survival than the other treatments, thereby halting recruitment to both groups. The final assessment was a phase III evaluation of topotecan plus cyclophosphamide vs. ifosfamide. Median follow-up was 40 months.

The regimens were chosen because they were the most widely used regimens for recurrent/refractory Ewing sarcoma in Europe at the time the trial was established. These choices were important as some regimens, notably irinotecan plus temolozomide and topotecan plus cyclophosphamide, were being used as the chemotherapy backbone in trials with molecularly targeted agents.