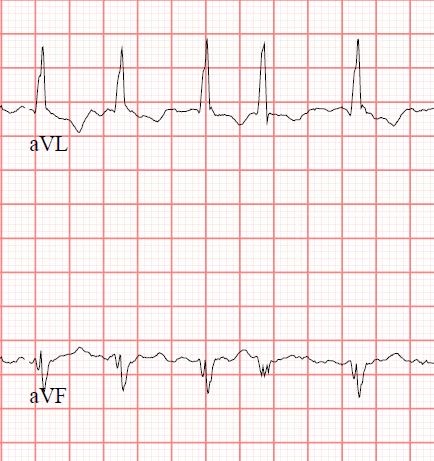 Many ethnic minority patients in England with the most common form of atrial fibrillation (AF) are not being prescribed the blood thinners they need to lower their risk stroke, according to data scientists at The University of Manchester.

Compared to White patients, Black and other ethnic minorities patients were 22%, and 24% less likely to receive oral anticoagulation, respectively. These estimates have taken into account patient age, sex, comorbidities, residence deprivation (ranked 1 to 5, from least to most deprived), and bleeding risk factors.

The study of the heart condition, published in PLOS Medicine today (07/06/22), also identifies people from deprived neighborhoods as being less likely to receive the treatment.

And the team also identified an association between different comorbidities such as dementia, liver disease and cancer and under-prescribing.

Atrial fibrillation is associated with increased risk of stroke, cardiovascular comorbidities, and mortality, and currently accounts for 1% of the total healthcare expenditure in the United Kingdom. The treatment of choice is anticoagulation, however many patients with non-valvular atrial fibrillation -the most common form of the disease - are not receiving the therapy they need.

Patients with dementia, liver disease, malignancy, and history of falls were associated a 48%, 42%, 26% and 18% lower prescribing rate of oral anticoagulation, respectively.

Patients with history of ischaemic heart disease were also more likely to receive aspirin-only, even though this is not considered best practice for stroke prevention.

The data also showed that incidence rates of atrial fibrillation rose by almost a quarter in England between 2009 and 2019, and were markedly higher in men than in women.

The researchers analysed almost 200,000 patients aged over 18 and registered with an English general practice between 2009 and 2019, contributing data to the UK Clinical Practice Research Datalink database.

However, they also showed there was an overall rise in the proportion of patients with AF prescribed oral anticoagulants increased substantially between 2011 and 2015.

But the increase, they said, may be related to a change in European Society of Cardiology guidelines in 2010, which recommended anticoagulation for all patients with AF at moderate-risk to high-risk of stroke.

That was followed by a 2012 update recommending avoidance of aspirin prescribing in low-stroke risk patients.

Lead author Alyaa Ajabnoor, a PhD researcher from The University of Manchester said: “Atrial fibrillation is associated with increased risk of stroke, cardiovascular comorbidities, and mortality, and currently accounts for 1% of the total healthcare expenditure in the United Kingdom.

“The treatment of choice is anticoagulation, however many patients with non-valvular atrial fibrillation -the most common form of the disease - are not receiving the therapy they need.

“Despite an increase in prescribing, we report important racial and socioeconomic inequalities in the prescribing of oral anticoagulants.

Co-author Professor Evan Kontopantelis from The University of Manchester said: “Though this study depends on accurate recording of conditions by health professionals, we feel the overriding findings are robust and stark.

“Our findings suggest that to improve atrial fibrillation outcomes, these inequalities need to be addressed through equitable interventions to improve anticoagulant prescribing to prevent strokes and reduce mortality.”

The paper Incidence of non-valvular atrial fibrillation and oral anti-coagulant prescribing in England, 2009 to 2019: a cohort study is published in PLOS Medicine.